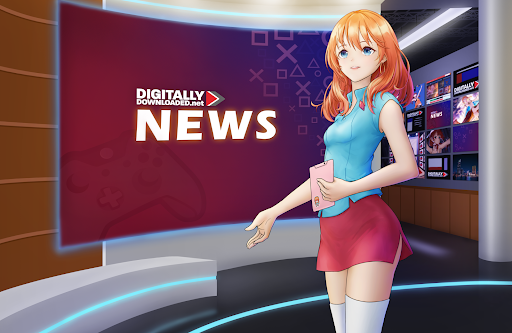 When Life is Strange: True Colors launched last September, it launched everywhere except for Nintendo Switch. That release was delayed for a few weeks. The same thing is happening now with Life is Strange: Remastered Collection. It’s still coming in early February for other platforms, but the Nintendo Switch launch has been delayed. And not by a few weeks: the best Square Enix can say is that it will be release “later” this year.

An update from the Life is Strange team pic.twitter.com/gLx8uK0e4v

When talking about iconic game designers, Shinichi Kameoka and Koji Tsuda often come to mind; the duo created the art style for the Secret of Mana Series. They also designed EGGLIA: Rebirth (originally released as EGGLIA: Legend of the Redcap for mobile devices), which has been expertly optimised for an upcoming Nintendo Switch launch. It is a turn-based RPG where players take on the role of Chabo, a redcap who falls from the sky and lands in Egglia. Here’s a new trailer:


Chabo has to explore the land he, well, landed in. They’ll hunt monsters for experience and gather resources using a turn-based dice combat system. A series of mythical eggs can unlock different lands to explore. Gathering materials allows for players to grow their village and build homes for the characters they meet. The homes can then be upgraded and decorated. The Switch version includes new missions, more characters, the ability to freely control the main character, internal adjustments (battles, etc.), and an updated interface.

Developed by Brownies, EGGLIA: Rebirth will be released for Nintendo Switch on February 10 in the west. It launched in Japan last month. It is a port of EGGLIA: Legend of the Redcap, a game for iOS/Android that originally launched in 2020.

The latest in an old-school series, Cotton Fantasy will no longer be released in Q1 2022. ININ games has announced the game has been delayed to Q2. So it’s not too much of a delay, but it’s a delay nonetheless. The game has Cotton and Silk go on another adventure; it’s got modern gameplay and graphics but keeps the heart of the original. Here’s a new trailer:


The willows are vanishing, and the Fairy Queens have entrusted Silk to solve the issue. After being promised a lifetime of tasty willows, Cotton agrees to help her old friend on this new quest. There are six playable character, each with different mechanics and attacks. The developer promises the shoot ’em up gameplay is accessible to newcomers while being deep enough for veterans of the genre. The game features 16 stages, an exhilarating soundtrack, and unlockable content that adds to replayability.

Developed by Success Corporation and published by ININ Games, Cotton Fantasy will be released for PlayStation 4 and Nintendo Switch in Q2 2022. It first launched in Japan last month, and is expected to be released for PC within the next month or two.

The wait is nearly over: Coromon will be released at the end of March. So what is Coromon? Aside from the title of the game, that’s what the creatures to be captured are called. The game is a modern take on the monster-taming genre and includes tactical turn-based battles; the battles have a stamina system where every action costs energy. The game empowers players to create the experience they want: difficulty changes fundamental mechanics, focus can be on story or tactics, and the trainer is fully customisable. Here’s the release date announcement trailer:


Set in the Velua region, a young trainer sets off to capture fearsome yet adorable creatures using new technology. There’s also some pesky business with a shady organisation releasing some dark powers. It all sounds very Pokémon on the surface, but I do believe it’s not just a straight-up copy. There are over 120 types of Coromon. Battles are fought in dungeons or on the roadside, with added multi-stage boss fights with that evil organisation.

Developed by TRAGsoft and published by Freedom Games, Coromon will be released for PC/Mac and Nintendo Switch on March 31. It is expected to launch later for iOS and Android.