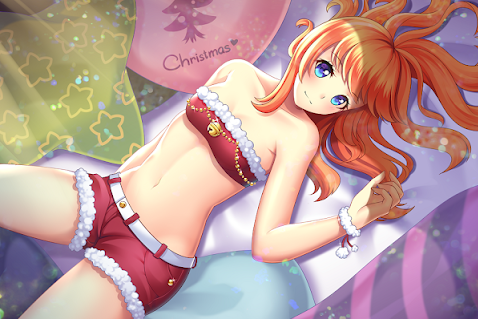 We got to the end of the year, everyone! MERRY CHRISTMAS. However you celebrate it in your part of the world, I hope you have the most magnificent time, get an opportunity to rest and reset, and enjoy that well-earned and well-deserved break.

It has been an amazing year in so many ways. A year full of challenges, sure (dear Miku I wish COVID-19 could go away), but DDNet had such an amazing year, driven entirely by the incredible community that we’ve developed. Not only are we on the cusp of releasing a visual novel that I genuinely believe will hold its own within the genre and goes well beyond a hobby project, but we also launched a magazine. In fact, I believe that we’re the only ones now producing a magazine focused on Japanese games, art, and culture based in Australia. Originally I planned on doing it more like a newsletter – a short, 8-10 page leaflet thing for Patreon backers – but then I realised that there was some real legs in it, and the readers seem to be enjoying it.

Speaking of newsletters, we launched one of those. We also saw the YouTube channel grow to a healthy audience within our niche, and launched a merchandise store for our copious Dee Dee art, and saw that grow to some crazy number like 300 items. Meanwhile, the DigitallyDownloaded.net site itself has grown its audience by around 20 per cent, which is amazing for a website that was already established and has been around for ten years now.

In short it has been a massive year, and it has been a thrill to do, thanks to all your support, feedback, and the fact that you keep reading the stuff we produce.

So, after all that ego-boosting reflection, once again, a massive THANK YOU for being such an incredible audience, and MERRY CHRISTMAS, HAPPY HOLIDAYS, and we’d love to see you around in 2022.

Miss any of our DDNet Awards? Catch up on all of them here!