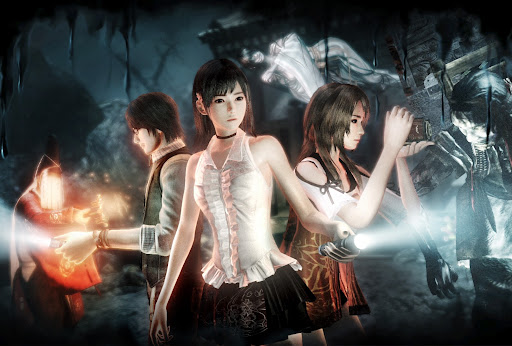 Project Zero: Maiden of Black Water never got a fair run on the Wii U. It was an ultra-niche title released on a console that really didn’t do good numbers. It’s also one of the last Wii U exclusives to get a second run off the console. Will it turn things around and rejuvenate one of Koei Tecmo’s long-suffering (commercially) masterpiece series (in terms of artistic value and credibility)? I certainly hope so.

Ahead of the game’s release on all modern platforms in a few days, we had the opportunity to put some questions to the series director, Shibata Makoto, about what the team aims for with the Project Zero series and why, in a genre so well known for being so grotesque (horror) do they make their games so utterly beautiful.

Matt S: The horror genre has evolved a great deal over the years – consider the original Resident Evil to Village – the genre has become more action-based and visceral. However, Project Zero has stuck to its original intent in so many ways. What was the creative reasoning behind this approach?
Makoto S: The Camera Obscura battles in the Project Zero series were intentionally created to infuse the horror elements into the gameplay. You are forced to look directly at horrifying things and get them to come towards you as close as possible in order to deal greater damage to them. I think giving the player this kind of rule to work around is perfectly suited to the horror game genre. 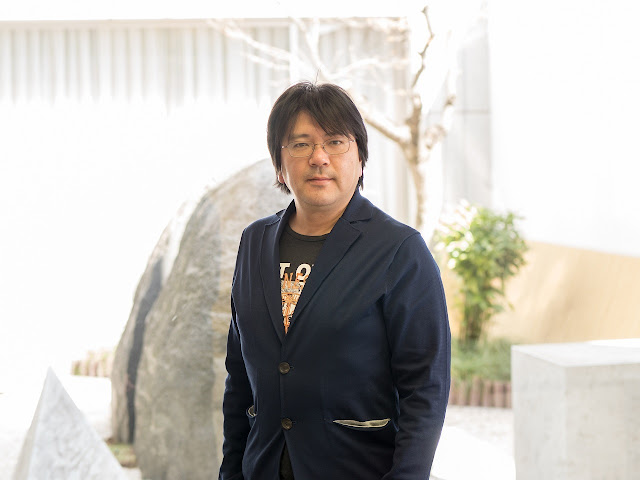 Matt S: Water is a clear motif throughout Maiden of Black Water – what theme were you looking to convey through the motif, and why was that important?
Makoto S: I was able to touch a ghost once before, and it was like a soul made up of steam. As a result, I started to believe that water was a medium that connects our world to the world of the dead, so water seemed to be the perfect theme for this title. While this is just based on my own experiences, in order for a ghost to appear, a certain level of humidity is required.

In addition, when the main character gets wet their appearance changes, their senses become sharper and the music changes. I think these are all very useful aspects for the game itself as well.

Matt S: In horror, in particular, the trend has been towards a grittier, more “realistic” approach to character design in recent years. Project Zero, meanwhile, continues to give players such beautiful characters. What is the reason for this?
Makoto S: Horror can be frightening and brutal, and in some cases displays disgusting things, but I think it is important to show repulsive things in a beautiful light. Fans that crave horror and people who are aware of death due to the pain they suffer in the real world, can finally gain a sense of relief from interacting with horror that is filled with despair. For these people, I feel they are able to more easily take in horror if it is portrayed in a beautiful way. This probably comes through in the protagonists’ designs as well. While there are many fans that prefer realistic horror, I personally think the line between reality and fantasy is much more suited to the world of Project Zero. 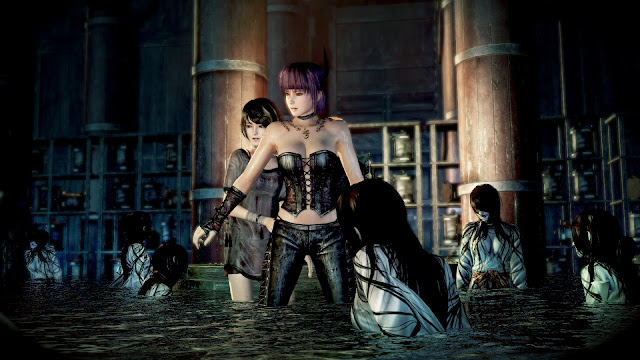 Matt S: Having been to Aokigahara myself, the influence on Maiden of Black Water’s setting and aesthetics seems pretty clear to me. Were there any reasons to set the game in this kind of place, beyond the haunted reputation of the forest?
Makoto S: One of the concepts for this title was to allow players to experience a “haunted location” in Japan. It is very difficult to actually go to a cursed place, and seeing spiritual phenomenon there is also very rare. In this game, the player can experience a location that condenses these haunted places through the setting in Maiden of Black Water. I believe that is one of the most valuable aspects of this game.

Matt S: One of the things that I’ve noticed is that where western horror games tend to feature angry, aggressive narratives, Japanese horror tends to be tragic and even melancholic. Do you think there’s a cultural difference there?
Makoto S: That’s a really difficult question. In regards to the angry/aggressive narratives you noted are common in Western horror, I feel that the enemy in those stories would be something/someone evil that couldn’t be reasoned with. However, in Japanese horror that involve ghosts, the enemy is not necessarily evil. They are a sorrowful entity that was once a human just like us, but due to something that happened to them, they eventually turned into a vengeful spirit. Due to that, compared to stories involving defeating a scary enemy with brute force, there are far more stories that revolve around having compassion for the sadness the ghost experiences and trying to find a solution.

Matt S: Were there any particular Yurei traditions or techniques that were implemented into Maiden of Black Water?
Makoto S: In regards to traditional Japanese ghost stories, popular stories tend to take some event that happened in the past and change the details slightly, and by it happening again it brings the original tragic event back to mind. We also did this for Maiden of Black Water as well. 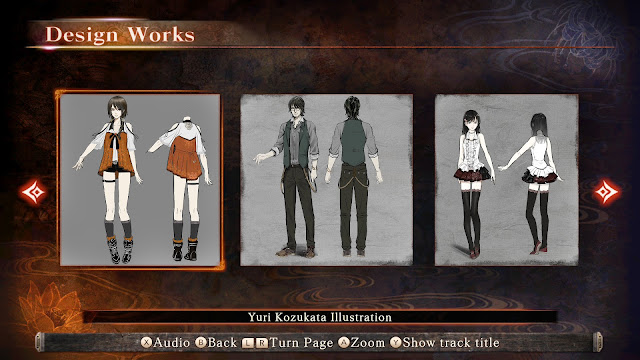 Matt S: What about haunted houses? I know that they remain a favourite Halloween tradition in Japan – was there anything about the haunted house experience that the team consciously worked into Maiden of Black Water?
Makoto S: We repurpose many techniques that we find through reading books about creating haunted houses. While there are some techniques we don’t implement, such as scaring people from the left side as it is closer to their heart, we create a place that feels like it would actually exist in real life, and by going through this area and nothing happening, the player starts to come up with things through their own imagination. I feel this type of horror is very effective in games.

Matt S: Do you think there’s a future for Project Zero? What might that future look like?
Makoto S: This particular title was created for the 20th anniversary of the series, so don’t have any plans at the moment. The reactions we have received from all our fans have exceed our expectations, so I’d like to consider this moving forward.

Matt S: Finally, I personally think that Marie Rose from Dead or Alive would be very good at taking photos of ghosts. What do you think about a Project Zero/Dead or Alive crossover?
Makoto S: In this title, Ayane makes an appearance, which allows players to have a horror experience that is a bit different than the campaigns for the other main characters.

We don’t have any plans for future collaborations, but if we did something with another game in the future, I would want to bring something to the series that the other main characters from the PROJECT ZERO series would be incapable of.