I bet you forgot a television adaption was in the works, didn’t you? If I didn’t write about the series consistently, I definitely would have. It was announced about five years ago but everything has remained quiet on that front, at least until this week. We have now learned who will be overseeing the music, as well as a new production company that is getting involved. 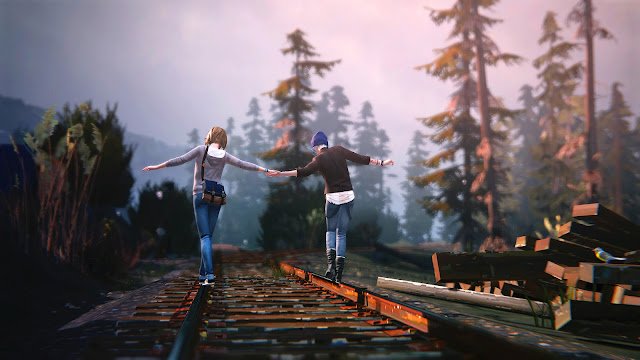 First up: music! The original five episode Life is Strange featured the music of Jonathan Morali and his band, Syd Matters. Morali composed the score, and Syd Matters had two songs become quite popular thanks to the series: To All of You and Obstacles. The upcoming television adaption will have Permanent Content oversee the music; familiar pop culture icon Shawn Mendes and his business partner, Andrew Gertler, are the two main people involved.

The newly-announced production company that’s getting involved may also be familiar to some. Anonymous Content’s name has been seen in major television series, including True Detective (2014) and 13 Reasons Why (2017), and films such as Eternal Sunshine of the Spotless Mind (2004) and Stillwater (2021).

Coffee Talk is an amazing title about the owner of a café and the customers, some supernatural, that visit it. The bulk of it resembles a visual novel, but there is also the important gameplay feature of making correct drinks based on who is in front of you and what they are feeling at the time. They all have favourite items, too. The title is surprisingly soothing, and really special. This week, Coffee Talk Episode 2: Hibiscus & Butterfly was announced. It is a standalone game, not DLC for the first. Here’s a teaser:


Coffee Talk, and of course Coffee Talk Episode 2: Hibiscus & Butterfly, is all about listening. Not only to orders, but to what the customers have to say about their lives. Players will brew drinks, create latte art (mine tend to end up less than good), and get to know familiar customers ranging from a graphic designer elf to a succubus bizdev executive. This sequel seems to function exactly the same as the original, and there’s nothing wrong with that!

Developed by Toge Productions and published by Chorus Worldwide, Coffee Talk Episode 2: Hibiscus & Butterfly will launch for PC via Steam next year. There is no reason to think it won’t also be coming to consoles, as the first title launched PC and console versions simultaneously; I expect there is some discussion about what devices other than PC to bring it to.

If you like Final Fantasy Tactics, Vanaris Tactics may be up your alley

There is something extremely special about Final Fantasy Tactics, which combines the familiar world of Final Fantasy with tactical gameplay. Vanaris Tactics is undoubtedly inspired by the title, which made me take note: I am always looking for something with a similar feel, and I rarely find it. I’m hopeful for Vanaris Tactics, though! Take a look at the announcement trailer:


Vanaris Tactics follows a group of refugees fleeing their motherland. Led by Morgana, the group includes her brother Nigel and her nephew Adrien. Vanaris is a vast land, and escaping will take time and effort. Battles are turn-based and tactical in nature, so you choose where characters go instead of just what their actions are. Each character has their own strengths (and weaknesses). As they progress, they will learn new abilities.

Developed by Matheus Rias and published by Toge Productions, Vanaris Tactics will be released for PC via Steam. There is currently no announced release date, or even a target, so it may be a couple of years before we get to play. I’ll keep an eye out for future news!

The live stream schedules for TGS 2021 has been announced

Tokyo Game Show 2021 is, once again, fully online. Hopefully this changes for next year, as it isn’t quite the same. Luckily, there is still a lot to look forward to this year! TGS 2021 is run by the Computer Entertainment Supplier’s Association, and will run from September 30 to October 3. Here are the show’s highlights, with all times being JST and everything running for 50 minutes unless otherwise specified. 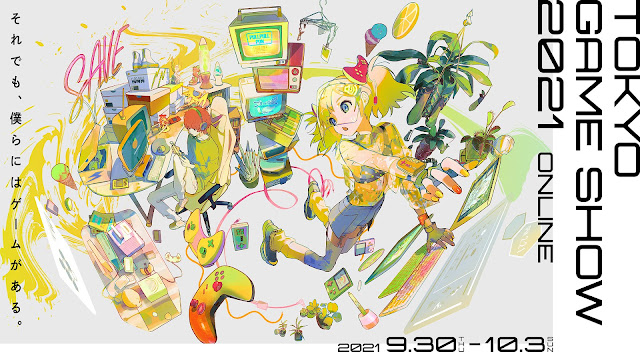 September 30. The show opens at 10:00, with a keynote titled “We’ll always have games” starting at 11:00. Later in the day, at 18:00, is the Xbox showcase (it’s nice to see it with a presence here). 20:00 brings the Spike Chunsoft special, bringing us information of upcoming titles (although which ones remains to be seen). Publisher D3 has a broadcast at 21:00, and Capcom follows that up at 22:00.

October 1. Whatever will open the day at 10:00 remains is unknown, but who doesn’t love a good mystery? The things I’m really looking forward to fill up the end of the day. Square Enix Presents will stream at 19:00. The Starlit Report for The Idolmaster: Starlit Season will air at 20:00. Level-5 will have a chunk of featured time at 21:00, with Sega at 22:00, but both shows remain mysteries for now.

October 2. The day begins with some sort of official program at 9:00, and yes – it’s another mystery! Happiness gets a large chunk of time on this day, from 10:00 to 11:50. It is followed by Tencent from 12:00 to 13:50. There is some overlap about to happen, as the Japan Game Awards Amateur Division Awards Ceremony runs from 12:30 to 14:00. The awards also have a slot from 18:00 to 19:50 as it announces the games of the year. Koei Tecmo shows off upcoming titles from 20:00 to 21:50; this stream includes information about Nobunaga’s Ambition: Shinsei, Dynasty Warriors 9 Empires, Blue Reflection: Second Light, and a secret title.

October 3. This may be the final day, but it is just a packed at the others! We have another Official Program that is currently unannounced at 10:00. Arc System Works has a slot at 13:00, but what it will show off is yet another question mark as of now. At 15:00, 101 Industries will present AAA titles currently in development under its umbrella; this includes titles such as Wanted: Dead, a title by the Ninja Gaiden team, Red Goes Faster, and Vengeance is Mine. Ubisoft’s special program airs at 18:00, and Genshin Impact’s at 21:00. The show ends with a program at 24:00 (late night!).

Rise of the Third Power could certainly go… either way