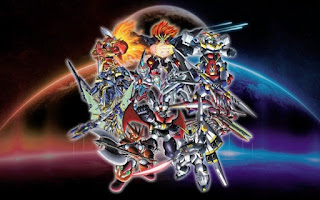 Bandai Namco is doing a nice thing for anime robot fans. The PC version of Super Robot Wars 30 is coming to the west on October 28. There will also be PlayStation 4 and Switch versions, which will have English subtitles, but those will only be available in Japan and other Asian markets, so you’ll need to import if you’d prefer to play on console.

Why does this matter? Simple, really. Super Robot Wars is a tactical RPG featuring characters and robots from just about every anime that matters that has them. Think of it like the Smash Bros for Anime Robot games. We’re talking Code Geass, Gun X Sord, Knight’s & Magic, Magic Knight Rayearth, Majestic Prince, Mazinger X Infinity, The King of Braves, The Kingof Kings, X-MSV and… of course… Gundam. Lots of Gundam.

It’s fan service to the max, in other words, and the trailer will certainly get you pumping.

It also gives me hope that at some stage we’ll have the Anime Girls Super Wars, with Rin Tohsaka, Tohka Yatogami, Nezuko, Orihime Inoue, Risette and Hatsune Miku going on adventures together… though that’s a pipe dream discussion for another day.