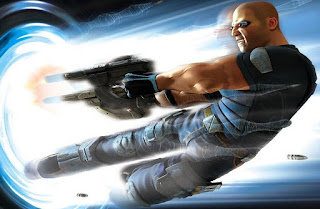 The game that we’ve all been waiting for, and begging for, for years now is finally happening. Publisher Deep Silver is reforming Free Radical Design, the developer of the original TimeSplitters games, and Free Radical has been tasked with… making a new TimeSplitters!

This isn’t just any old developer trading on the name of its predecessor. The new Free Radical Design team will have key members of the original team, including founders Steve Ellis and David Doak.

Now, we are quite a ways away from this game. Development hasn’t even started. The new company needs to recruit up and get everything organised first. But, in the coming months, the new team will indeed start development on a new entry into the series.

Who knows how this is going to look or play? TimeSplitters is excellent, but it’s also a product of its time and a FPS, and the FPS genre goes through more fundamental shifts in design than any other. If this new TimeSplitters doesn’t modernise, it’s going to be seen as a relic of the past. If it modernises too much it’ll lose the heritage of its predecessors.

A lot could go wrong with this game, but I have faith. The fact that Deep Silver got the origianl team back together shows commitment to the cause, and I do think that everyone involved will be aware that whatever they do do with it, they cannot mess it up.

TimeSplitters was so iconic that even I – a guy that doesn’t usually care for shooters – can’t help but be excited for the potential here.

Stay tuned for more news as soon as we have it.

Mass Effect, Reapers and Philosophy: Just how evil are they, really?