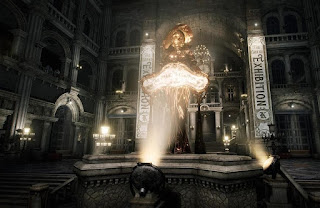 I’m not entirely sure how you could look at the classic tale of Pinocchio, then look at Dark Souls, and decide to combine them, but that’s what developer Round8 Studio has done, and that’s what we’re getting with Lies of P; a “dark reimagining of the classic tale.”

This one is a new gen-only game, and will be released on PlayStation 5, Xbox Series, PC and Stadia. It’s set in a collapsed, fallen city drawn from late 19th century Europe, and, yes, “lying” is a feature that will change how the narrative plays out. You also do indeed play as a doll, with the ability to change and alter parts of your body to gain an edge in battle.

In all seriousness, this could well be very good. The odds are certainly stacked against it – it’s difficult to make a Souls-like good and that’s a theme that’s going to be challenging to execute on from a narrative perspective. But if the developer pulls it off, it really could be distinctive and brilliant.

Mass Effect, Reapers and Philosophy: Just how evil are they, really?