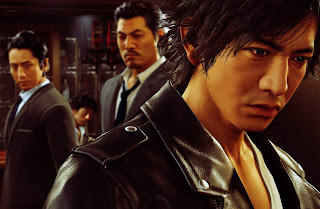 News by Matt S.
You can’t help but feel that Judgment flew under the radar a little. It was a Yakzua game in all but name, but the shift in protagonists and focus (you play as someone who is nominally on the side of the law this time) meant that it escaped many people’s notice. It’s also hard to shake the impression that leaving the “Yakuza” branding behind was a mistake. Nonetheless, the game is getting a second shot at life, with a new-gen version announced.

Judgment will release on PlayStation 5, Xbox Series, and Stadia on April 23. It will be a complete package with all the DLC built in, and it will be enhanced to offer a silken-smooth 60 FPS and better load times. Note, however, you’ll need to buy the game again, as this is not an upgrade from the previous release, and there is no save game transfer function.

You can check out a trailer below. And, if you’re keen to know more about the game, we have an in-depth review available here at digitallydownloaded.net.

Chinese studio, Digital Sky, has something awesome in the workds in Project DT