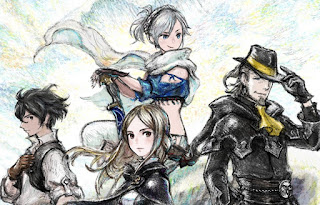 We’re getting close to the hotly-anticipated release of Bravely Default II on Switch. It’s landing on February 26 worldwide, and Square Enix has released a new Japanese trailer for the game.

The trailer highlights some of the locations of the beautifully exotic world, as well as shows you some of the key art and in-game design of the characters. I love how the developer has maintained the same style as the predecessors on the 3DS – there’s more detail in the characters now, but it shares the same basic look to it.

The combat system, too, looks like it has been kept much the same for people who (rightfully) loved what the original, promising intensely complex, turn-based tactical action with plenty of different job classes and combinations to mess around with.

The trailer’s in Japanese but it will certainly whet your appetite for the game. Just over a month to go!