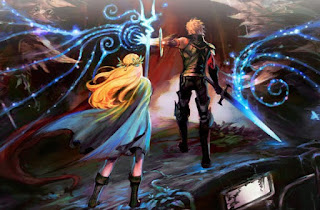 One of the big releases at the front-end of the year for JRPG fans will be the double pack of Saviors of Sapphire Wings and Stranger of Sword City that NISA will be releasing on March 16 for Nintendo Switch and PC. The publisher has released a new trailer to show some of the features of these games, and they’re looking very good indeed.

Stranger of Sword City had a release previously in the west, on PlayStation Vita, but this new version has been reworked to include new characters, items and skills, so it will be worth a replay. Both it and Saviors of Sapphire Wings have developer Experience Inc’s eye for detail in art, turning the classic Wizardry-like crawls into a truly mesmerising descent.

Late last year we also ran an interview with the developer: check it out here. Otherwise, block out your week after the game releases in March, because it’s going to be a lot of ‘crawling you get up to.

Review: Choices That Matter: And Their Souls Were Eaten (Nintendo Switch)