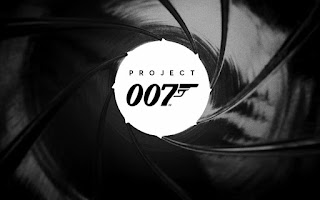 This was great news to wake up to. The 007 license has always been a valuable one, since Rare’s Goldeneye 007 revolutionised console FPSers and single-handedly made the Nintendo 64 a multiplayer monster (not that there weren’t other great games, but Goldeneye was really the one everyone reached for). Most other publishers that have taken a swing at James Bond have utterly failed (especially you, Activision), but now the property is in the hands of the company best suited to it of all: IO Interactive.

IO Interactive is a newly-independent company, so can execute on its own creative vision without needing to appease the company owner masters. It’s also the company behind the famed Hitman series, which is James Bond in all but name anyway. So this Project 007 that the company is now teasing is well worth getting excited over.

Note: It will be a long time until we see the game on our consoles. IO Interactive is “currently recruiting elite talent from around the world to join the team”. So they’re still very early into development indeed. Still. Enjoy the teaser and look out for more information on this one. At the moment all we know is that it’s going to be an “origin story” of James Bond before he became 007. That’s as good of a place to start as any.

Serious Sam Collection: Why I Love These Games