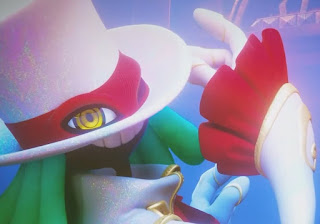 Balan Wonderworld is an upcoming game from Square Enix, belonging to an all-new property. Helmed by Naka Yuji (former head of Sonic Team), the game does very much look like it will have the whimsy and energy of Sonic Team at its best (and will hopefully play much better than Sonic Team at its worst).

Square Enix has published the opening movie of the game, which will give you a solid understanding for its aesthetics and tone – very Disneyesque if you ask me (that is before Disney went on its most recent bender).

The game releases on just about everything next year – PlayStation 5, Xbox Series X, PlayStation 4, Xbox One, Nintendo Switch and PC.