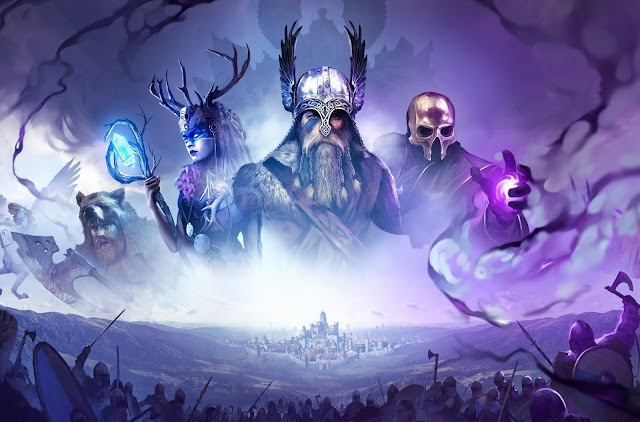 It’s a rare treat when strategy specialist, Slitherine, puts one of its games on console. As someone who really loves Slitherine’s work, and strategy games in general, but doesn’t enjoy playing games on PC as a rule, when something like Fantasy General II does land on console I leap at the chance to play it. I’ve not been disappointed with this one on any level. Fantasy General II is a pristinely good strategy action.

For a bit of history first – way, way back, there was a company called SSI, which specialised in strategy games, as well as the early era of Dungeons & Dragons (this was before BioWare did Baldur’s Gate). One of SSI’s big hits was a title called Panzer General, which, as the name probably suggests, was a serious strategy game looking at World War 2. It was considered to be excellent among genre fans, and so SSI dutifully indulged its fantasy whims with another “General” title – Fantasy General. It was also well regarded.

But then SSI went away and took with it a lot of its beloved properties. That’s why it’s taken us so long to get a Fantasy General II. The good news is that while the game is as attractive as you’d expect a modern title to be, it has kept that respect for its heritage, and in many ways playing this game is a retro throwback rather than something definably modern. 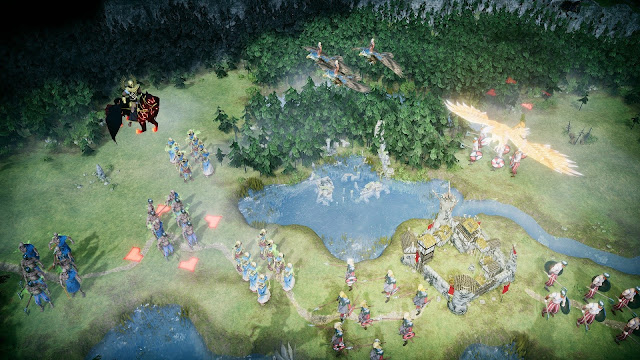 The action takes place over large maps that are broken into hexes, because hexes really are more attractive (and strategic) to the genre veteran than the square grids of most modern strategy games. There are only two factions to play as (and even then, the second one is only available via skirmish), but while that might sound incredibly limited, the range of units and strategic options within those factions is excellent, and the balance between it all is spot-on, to offer both challenge and creative opportunity.

Just playing through the 30+ battle campaign is more than enough content anyway, as Fantasy General II weaves a standard, but engaging story of a horde of noble, Norse-referenced barbarians pitted against an inhumane (often literally so) Empire that approximates “civilized” Europe. The campaign is filled with magic and opportunity to build an expansive army of units, all of which end up named and develop with battlefield experience differently to their peers. You can bet there’s plenty of emergent storytelling in that, as I came to rely so heavily on my first units, which had been with me since the start and grown to become powerful veterans. I’d use them to hold the toughest of lines, protect my leaders from the most powerful monsters, or target the most difficult loot. Meanwhile, I’d try to scrape new recruits through, giving them opportunities to skirmish on the flanks and start to build their own reputation. I like when strategy games feature lengthy campaigns where precious units carry over, and by those massive final battles I can survey the field and feel a proud connection at what I’d built up. Fantasy General II might only have the one campaign available, but it’s exactly of the kind of scale that it needs to be.

Strategic decisions range from the immediate right through to the most intense planning. Each unit has a level-up tree, and you want to make sure that you’re building a range of different units to handle the situations thrown at you. Meanwhile, in battle you’ll want to find a balance between powering through as fast as you can (gold rewards to build your army largely depend on speed), and exploring as much of those expansive maps as you can for powerful artefacts and other tools that will help turn your most important units into ever more fearsome forces on the field. You’ll rarely have the opportunity to achieve both of these objectives to their full in a map, so it’s a tradeoff that you’ll need to make. 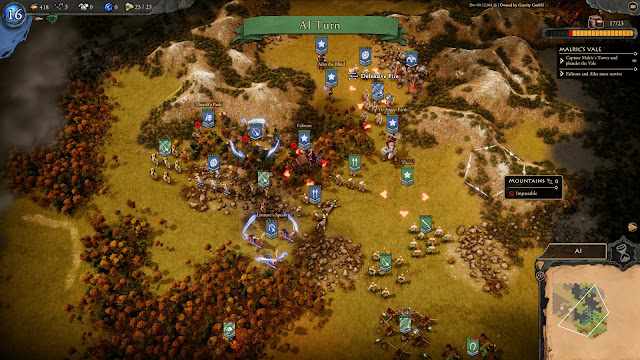 At other times you’ll need to shift in attitude from attack to defence. Units get “injured” in combat. As those injuries pile on, members of the unit start to actually die. Injuries themselves aren’t scary – it’s represented as a red bar on the unit’s health, and taking a single turn to rest will restore all that red bar back to the (green) health bar. However, if a unit with injuries takes more damage, that red starts to turn black, and the dead warriors don’t come back until the end of the mission. Then the unit is returned to full strength, but to simulate the unit bringing new recruits into the army, the unit also loses a chunk of experience, slowing their rate of progress down. In short, it does pay to take breathers through a battle, even if that means you lose out on some gold and relics at the other end.

Then, of course, you also need to account for some units being more effective against others, and the breakdown between those can be complex when you consider that there are all kinds of martial, ranged, mounted, magic, and beast options to bring into the army. On the lower difficulty levels Fantasy General II is a power fantasy that won’t challenge many. You’ll build up mighty armies and crush all before you. On the higher difficulty settings, you’ll need to scrap for every gain, and small tactical errors (like sending your veteran ranged unit into melee, thinking you’d selected another unit – whoops) can be catastrophic.

While I joke about the stupid error I made, the developers have done a good job in building the UI around the controller for this game so that errors are always as a result of mistakes you make, rather than the interface confounding you. Because it’s all turn-based, you’ve got plenty of time to think things through anyway, but switching between units and maneuvering them is breezily efficient, reminding us, once again, that there’s no excuse not to put the bulk of the strategy games out there on console. They’re perfectly comfortable with a controller in hand. The only issue I have is that the developers haven’t accounted for smaller TVs with this port, and as I’ve said a number of times in recent months, developers need to understand that players don’t have the screen right in front of their eyes when playing on console as they do with PC gaming. It does require an interface and font size rejig. Fantasy General II was never outright uncomfortable to play, but the text and icons were just a touch on the small side at times. 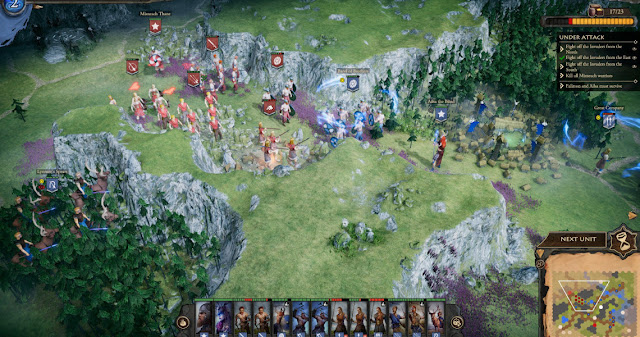 This is a really enjoyable strategy game, and has so much room to grow that it’s genuinely exciting. Adding additional factions and campaigns will add to the longevity of Fantasy General II, but even as it is right now, this is a near-perfect blend of tight, varied tactical action, gorgeous fantasy aesthetics and plenty of depth. It has been great to welcome a beloved classic back.

The critic was provided with a code for review.

Is It Wrong To Try To Pick Up Girls In A Dungeon – Why I love this game!