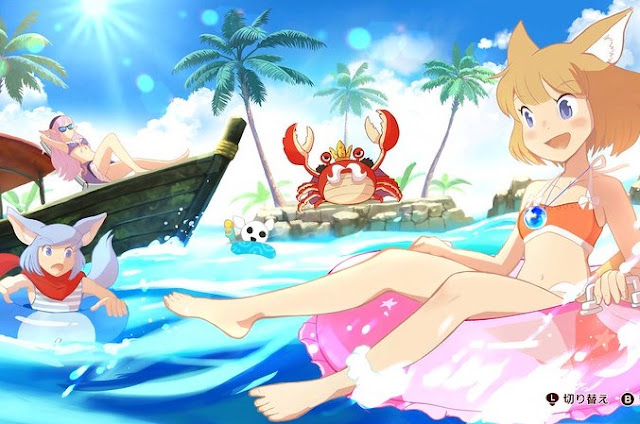 NISA’s upcoming Giraffe and Annike is looking like a true delight. As a gorgeous 3D adventure game with charming animal-like characters to interact with, and rhythm game-based action and drama it looks like it will be a vivid, highly fulfilling game when it releases on PlayStation 4 and Nintendo Switch in August (it’s already available on PC, but doesn’t really seem like the right kind of game for the PC experience).

NISA has released a new trailer that showcases the adorable characters and some of the many different activities that you’ll get up to. I say again: what a delight this game is.

The description, from a press release:

A magical, mystery-filled adventure awaits! When a young girl named Annika awakens from a strange dream, she finds herself stranded on the mysterious “Spica Island” with no memory of how she got there. Upon exploring, she meets a boy named Giraffe, who seems to know her, and is tasked with finding three special star fragments on the island in order to unravel the mysteries of her forgotten memories. While searching for the fragments, Annika meets Lily, the Witch of the Mysterious Forest, who challenges her to a battle! Fortunately, Annika emerges victorious, and uncovers a star fragment. She absorbs the fragment and is suddenly granted remarkable visions. What secrets await this unlikely trio of adventurers on the island of Spica?