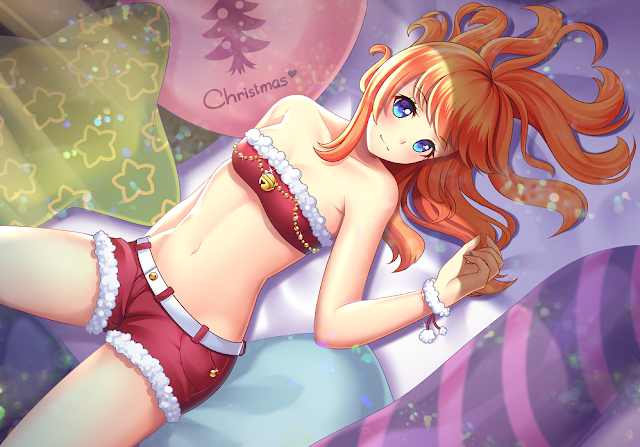 We wanted to take this opportunity to wish everyone a truly wonderful Christmas and New Year’s, or any other holiday that you might celebrate at this time of year. It’s been a truly amazing 12 months for DDNet, and it has been a true honour and privilege to have so many wonderful readers and supporters over the year.

DDNet launched right back in 2010 as a tiny little blog that wanted to do things differently. Back then, games were almost exclusively bought on disc and in-store, but we could see that down the track people would start downloading their games instead (which is where the site’s name came from), and while digital distribution wasn’t overly popular back then, there was a lot there if you were willing to dig.

That’s what this site has always been about – finding the gems that you might need to dig for. Rather than be yet another site that focuses on AAA, so that indies and Japanese games become an afterthought for when there was nothing else to play, we’ve made the Japanese and indie games our specialty. We don’t always share the same view as many in the community about the games we play (in fact, according to Metacritic, only 10 per cent of our reviews are in line with the critical average), but we will always share our own, unique take on games.

From there the site has gone from strength to strength, and now we have hundreds of thousands of readers every month. We’ve also started to expand into other areas – much of 2019’s energy was dedicated to building up our podcasts, YouTube channel, and visual novels – and we’re going to continue to look for interesting and original ways to get out there and talk about games.

Of course, none of this would happen if it wasn’t for our amazing readers. Thank you for all your support of DDNet over the years, and into 2019. We certainly hope that we’ll be able to continue to have you as readers into 2020 and beyond.

With that in mind, we’re offering a special 24-hour Christmas Day sale bundle of the two Dee Dee visual novels to readers. You’ll get up to 72 per cent off, and that’s our way of saying thank you for being such committed readers to the site. There’s no other reason for it. We just wanted to do what we could in thanks to our amazing readers.

Our Games of the Decade – Nick H.