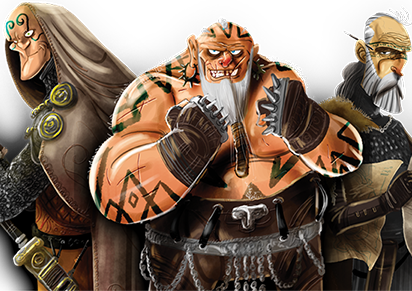 Nothing beats a good board game. When the mechanics are uncomplicated, and the setting and design excite the imagination, then a board game is endlessly replayable and the perfect way to spend a lazy Sunday. Video games can make it even more convenient, by removing the set up time and allowing you to play by yourself against AI when you can’t get a group together. The latest digital board game to land on Nintendo Switch, Raiders of the North Sea, is a very good one, and the Switch port it no-frills, but well done.

Raiders of the North Sea looks to simulate the Viking raids on the rest of Europe. You need to build up a raiding force, and collect the supplies you need to “finance” an attack. Then you need to pick a target and, assuming that you’ve got enough strength in your crew to overcome the defenders, you will bring back a number of rare resources from your raid.

As the game progresses, you can raid deeper, with more difficult targets. Soft, easy harbours transition into well-guarded monestaries and fortresses. The rewards are greater, but resourcing those raids also becomes more challenging. Once the game ends (with a fortress being destroyed), victory points are tallied and whoever has the most wins. 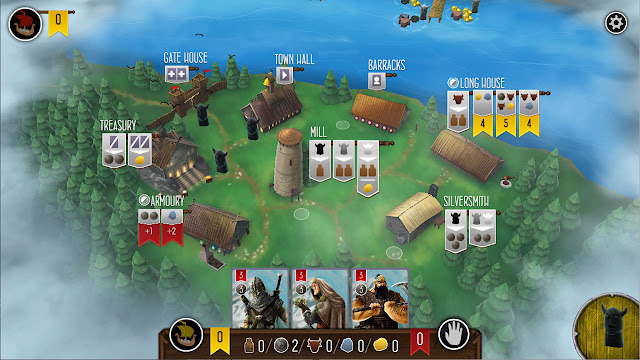 The design of Raiders of the North Sea reflects the best of what Eurogames offer. On any given turn you’ll have three or four different competing priorities, but only one or two actions available to you. Making the right decisions, to make sure you have the right resources available to you, to outpace your opponents in making those raids, is the strategy of the game. There’s almost no reliance on dice rolls whatsoever, nor luck – what random elements there are in Raiders of the North Sea are always balanced towards the positive. For example, you can draw cards to get random new crew members. Even if you don’t get the most powerful ones, however, weaker crew members can be used for secondary benefits, or simply sold as a way of accumulating more resources. You’ll never end up feeling hard done by with Raiders of the North Sea, and that’s how leading board game design should work.

As far as the video game take on Raiders of the North Sea goes, on the one hand it is presented nicely. The tutorials will tell you everything you need to play in two short lessons, and there’s a no-frills approach to the game’s presentation. Single player offers a campaign and the ability to play against the AI. There’s online multiplayer. That’s it, and frankly, that’s all it needed. If anything, Raiders of the North Sea could have done away with the campaign, because the piffling effort at telling a story is worthless, and as a result all the campaign involves is a series of maps with some special conditions on them.

Board games don’t need content like that. Board games are designed to be infinitely replayable in and of themselves, and something that you’ll regularly come back to over a period of years (if not decades). It’s not like physical board games feature campaigns and dozens of different ways to play, after all. What’s important is that a digital board game get the AI right, so it can challenge players as humans would, and get the online infrastructure right. 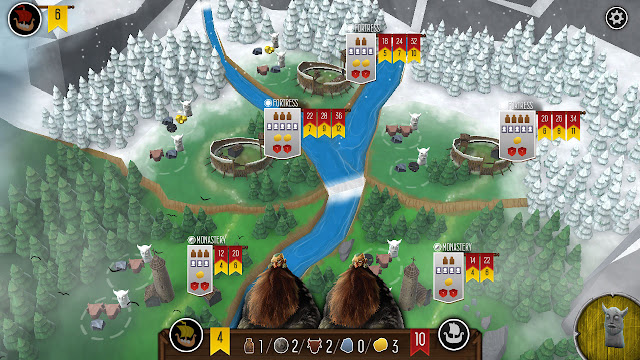 Raiders of the North Sea does seem to work with online play. Admittedly I only got to play one match because the community for this thing is small (I would recommend making sure you have someone on your friends list to play, if you’re buying into this for online multiplayer), but it worked as expected. The AI, on the other hand, isn’t quite up to snuff. I’ve yet to lose a match against the AI in Raiders of the North Sea, and I’d never played this game before this Switch edition. That being said, I might be just that good at the kind of strategy that Raiders of the North Sea demands. Having spent many, many hours playing thematically similar games like Lords of Waterdeep and Agricola, I found Raiders to be very comfortable right from the outset.

Presentation is important to digital board games as well – if it’s overworked too far, it stops looking like a board game (and that tends to put people who enjoy board games right off). On the other hand, if it’s too dry and an effective copy/paste of the physical board game, it feels unoptimised and “cheap.” Raiders of the North Sea strikes the right balance, being identifiable as a board game, while also having some quality animation and 3D designs that add vibrancy and energy to the action. The user interface also deserves a special mention. Far too many digital board games have been ruined by being so clumsily designed that it’s hard to navigate them and find important information. Raiders of the North Sea absolutely nails the user experience and is highly intuitive.

Really, the biggest problem with Raiders of the North Sea is that there are better known and deeper Eurogames out there. They’re not on Switch yet, sadly, but they are out there. The number of decisions that you need to make through play in this one are slightly less varied than in some other examples of the genre. And perhaps that’s why the AI comes across as a bit on the easy side – it’s simply too limited to really get you thinking and making hard decisions. With that being said, as an introduction to the Eurogame genre, or as something to play with more casual or younger board game fans, Raiders of the North Sea is an excellent example of how to do accessibility without being condescending, and the digital version that has been created here hits every note it needed to.