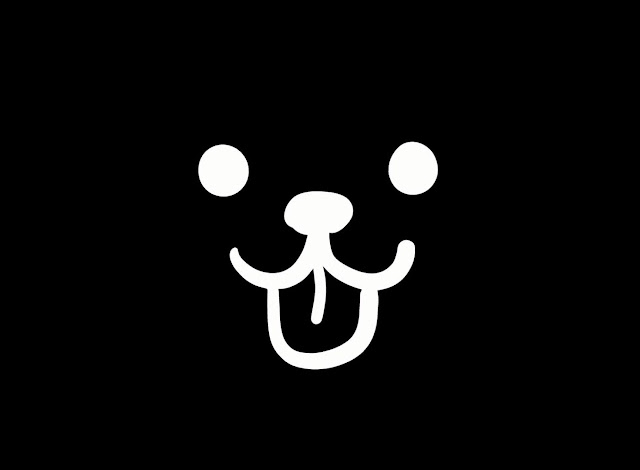 Before stepping into the world of Super Cane Magic Zero: Legend of the Cane Cane (nothing quite like a snappy title that rolls off the tongue), I quickly take stock of my inventory to ensure I’m ready for the perils that lie ahead of me. I’m slightly low on health but address the issue by eating a nearby locker. I equip my traffic cone helmet, pull up my grandfather’s old underpants and unsheathe my ruler to fend off the group of feet menacingly approaching me. I’m confident I can take them but it’s a good thing I bought a doggy gumdrop with the salami I collected to revive me just in case the fight takes an unexpected turn. My enemies defeated, I soon find myself face-to-face with a moustached tree and after emerging victorious – despite accidentally consuming some explosives – continue my journey to find AAAH! the magic dog.

If you are currently scratching your head trying to make sense of what you just read, wondering if I have slowly gone insane or auto correct has done a hell of a job of rewording, then I am afraid you are mistaken. Welcome to the insanely wacky, weird, wonderful and often hilarious experience that is Super Cane Magic Zero, Studio Evil’s four player couch co-op action RPG which sees you fight and eat your way through more than twenty hours’ worth of story mode filled with food, magic and dogs. And that’s just the beginning! But in a world built around scoffing down anything you can get your hands on, is Super Cane Magic Zero a lavish three course meal or just an appetiser that leaves you looking elsewhere to satisfy your hunger?

Set in the world of WOTF, populated by all manner of unusual beings including one-eyed law enforcers and talking pop tarts amongst others, you find yourself and the existence of all at risk following the death of a legendary cake making wizard which resulted in his dog becoming magical and uncontrollably powerful. Throughout your journey you meet many eccentric and unusual characters along the way, but Super Cane Magic Zero provides little to no reasoning for any of its story elements or direction. It ultimately relies on its humour to carry your interest as its characters consistently provide nonsensical ramblings but with plenty of randomness to make memorable conversations. Super Cane Magic Zero even manages to extend its quirky mannerisms into its loading screens, providing all kinds of public service announcements to assist you in both the game and life in general. Remember, eating bees will probably kill you. Loading screens can be frequent and lengthy at times which does detract from the experience but these announcements can often bridge the gap whilst you wait. The bizarre moments throughout can lead to plenty of laughs which many will find enjoyable, however some may find the constant antics and lack of story tiresome during twenty hours of gameplay and I occasionally found myself skipping conversations knowing that there was no useful information to be obtained or value in reading the dialogue. 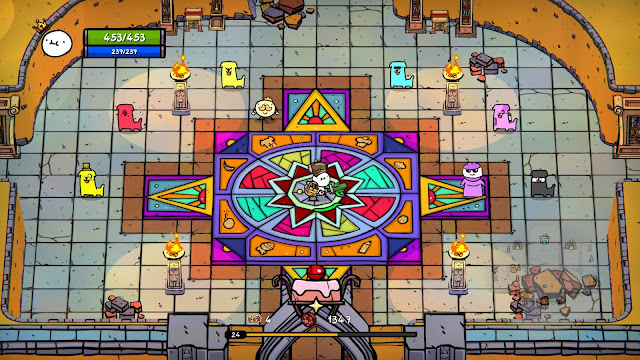 Where Super Cane Magic Zero really starts to shine is its combat and gameplay. With a unique, bright and vibrant art style from comic book artist Sio combined with simple aesthetics, Super Cane Magic Zero could be easily overlooked for its minimal, cheery and optimistic approach to your usual hack-n-slash action RPGs but this is a book players should not be too quick to judge by its cover. The combat is smooth and often frantic as the tables can quickly turn in the enemy’s favour. You’ll need to switch between ranged and close combat to tackle some enemies or use the environment around you for assistance, desperately trying to pick up and throw anything that isn’t nailed down at your foes to subdue them. Knocked down enemies can even be picked up themselves and used as miniature explosive projectiles setting off a chain reaction as one after another detonates. Whilst the gameplay is enjoyable from a solo player experience, it kicks up a notch when you take advantage of its couch co-op mode which feels like Castle Crashers meets Diablo as you and your friends hysterically throw explosives and fight each other over loot. The only caveat comes with ranged attacks, which provide no aiming assistance or crosshairs, which can sometimes lead to some frustrating fights as you throw ninja stars haphazardly around the environment.

Throughout your adventure you can also count on a fantastic soundtrack to accompany you and I am still trying to work out which area of Super Cane Magic Zero had my favourite piece; I would often spend longer than required in certain areas of the map to continue listening. The music is loaded with 8-bit style nostalgia mixed with a twist of modern dance rhythms and I found myself bopping to the music both in and out of the game unashamedly mixing songs into my playlists for on-the-go. I can only hope for a physical release I can proudly showcase in my collection.

Super Cane Magic Zero holds true to some of the more expected elements of an action RPG and as you explore the different settings of the world including the pop tart kingdom, random forest and lava bakeries to name a few, you gain experience and level up using skill points to unlock desired skills through a series of available skill trees as you become more and more powerful and equipped to take on what lies ahead. Dungeons are filled with puzzles to unlock doors to new areas, though these are mostly simple switches or weighing down panels with the corresponding shapes. You will even be able to rebuild shops and buildings to improve your access to new items and weapons as you progress. However, the eating mechanic adds a more interesting depth, where most games would simply reward health, mana or boosts from a range of edible items, Super Cane Magic Zero allows you to eat, well, pretty much anything. With some items providing restorative powers, buffs or even negative effects which can turn a simple fight into a catastrophe. Don’t eat the fire pie, I don’t care how good it looks. Don’t do it. You can even stack buffs and effects by carefully considering what you shove down your throat but be careful, eating too much will result in belching all your effects away. Keeping track of what item provides which affect can sometimes be slightly daunting, and some affects can be difficult to understand as they do not provide an immediately obvious positive or detrimental outcome which can result in accidental death by consumption. 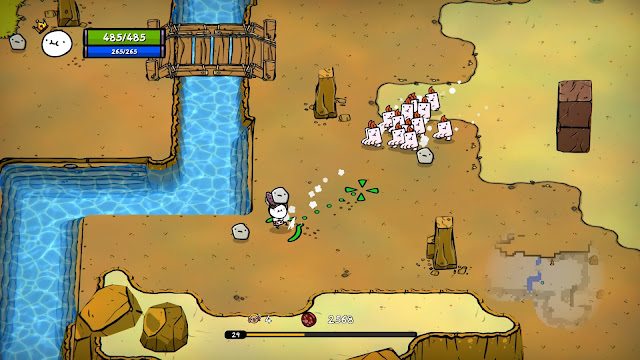 Whilst the light-hearted and zany personality of Super Cane Magic Zero: Legend of the Cane Cane may not appeal to those looking for a more serious entry in their games library, those looking to fill up on a fast, fun and thoroughly enjoyable experience for both solo players and groups will feel right at home. Despite a few minor frustrations, I found myself having a hard time putting down the controller. The artwork, design, gameplay and soundtrack all complement the extraordinarily odd story and characters in a way many would find challenging and do an incredible job of wrapping the game up into a complete package. Studio Evil have served us up our order and I don’t know about you, but I can’t wait to see what they have planned for dessert.