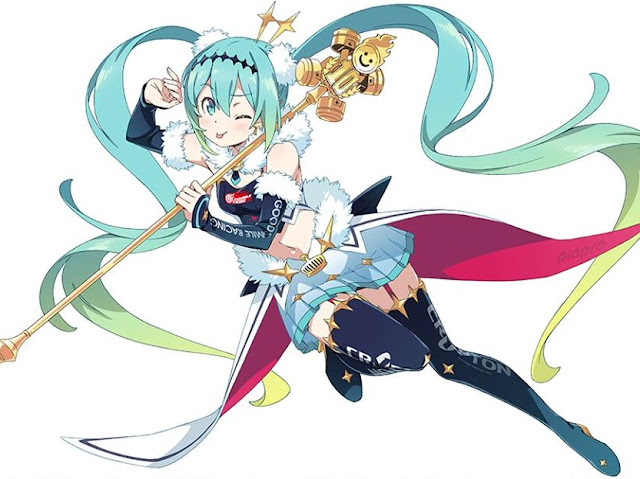 Wonder Festival happens twice per year in Japan, and it’s an opportunity for the various hobby companies that produce figures for anime characters and the like to come along and share with the public what they’re working on. The E3 of plastic collectibles, if you will.

This year’s show was no different, with piles of figures from the Fate franchise, less popular anime properties, and video games were all revealed to the public. There was everything from Persona 5 to Bungo Stray Dogs, and even a figure of the lead character from Sekiro… which just goes to show how everyone’s expecting FromSoftware’s not-yet-released ninja game to be a raging success.

Hatsune Miku is always well represented at these events, and this year was no different (As someone who has an obsession with collecting all the Mikus, I actually have around seven Miku figures to look forward to from the last Wonder Festival). What is different this year is how almost all the figures are based on the Racing Miku sub-series. For those who don’t follow along, Good Smile Company, the premier producer of anime-based figures, sponsors a car in the Japanese GT competition, and uses Hatsune Miku for the decal and merchandising opportunities.

Now, Racing Miku’s where the fans come for a spot of fan service with their beloved vocaloid. Each year Good Smile Company commissions a different Racing Miku design, but they’re always similar in that each year design is about showing off Miku’s lovely long legs, her bare midriff, her chest, and so on. Usually the Racing Miku designs are balanced out by more elegant stuff, like the Snow Miku sub-series, or individual projects such as the wedding dress Miku or symphony Miku that are on the way, but this year, for whatever reason, is almost all about the raunch.

Which is fine by me. I do like the “Miku the sex kitten” aesthetic, personally. So, without further words, here’s all the Mikus (and one Rin) announced at this year’s Winter Wonder Festival! 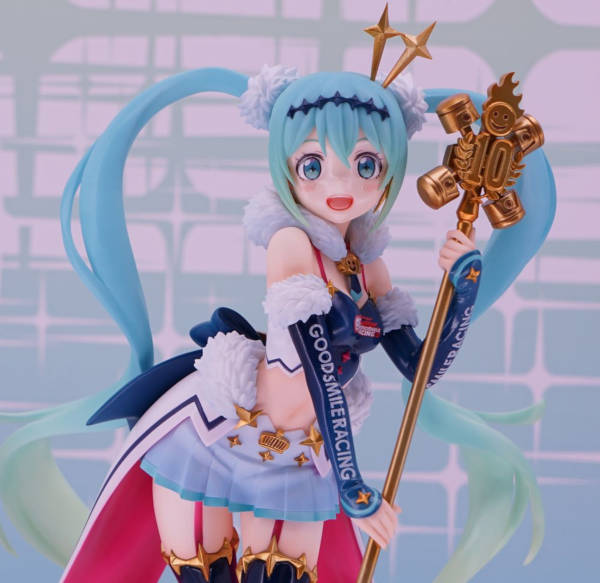 This is last year’s Racing Miku design, hence the “10” in the staff that she’s carrying – last year Miku celebrated her 10th anniversary of making the entire world fall in love with her, so the racing Miku reflected that achievement. 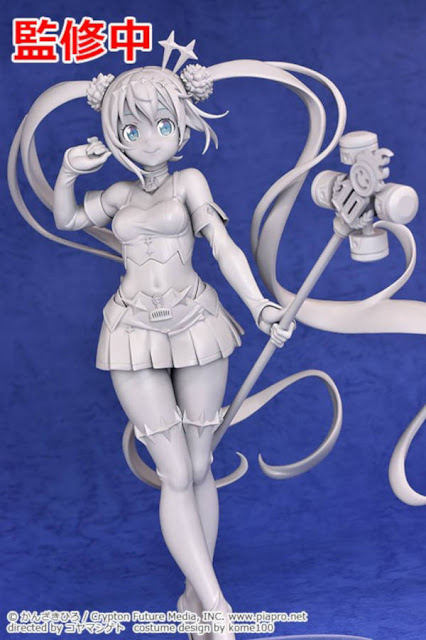 Another figure of the same 2018 Racing Miku design was also revealed. You’ll notice it is grey – a lot of the figures shown at Wonder Festival are the original sculpt, before the creators have started to figure out how it’ll be painted and manufactured. Anyway, I much prefer this one to the first one. Miku’s face is more nicely sculpted, and the definition on her stomach is just exquisite. The figure also shows the side straps of a G-string, which is a sexy-as-hell touch. 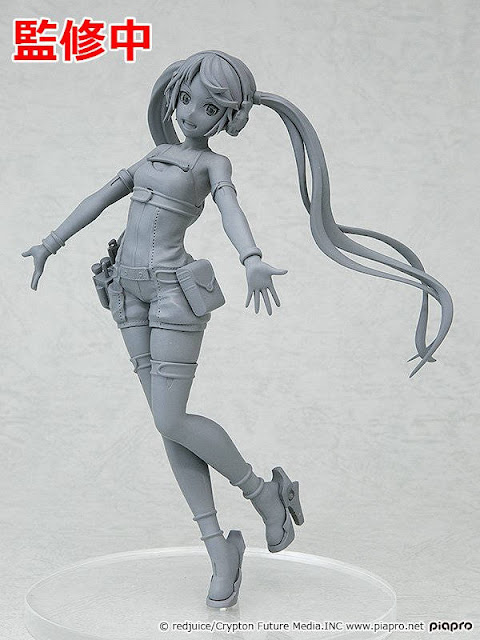 Another sculpt, this one’s of Miku in her pit stop fatigues. Imagine being a racing car driver and having Miku in the pit helping you to change tyres or refuel before getting back out on the track. I’m… I’m pretty sure I’d crash the car, to be honest. The sudden nose bleed would be such a distraction. 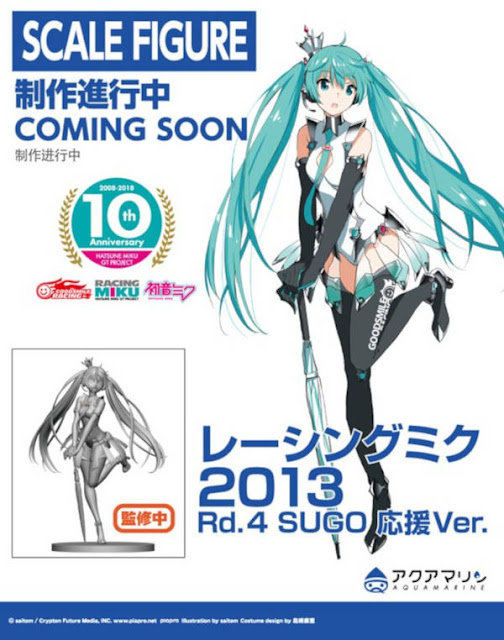 At other times at Wonder Festival, the creators will simply share the concept image that they’re working on, when they don’t even have a sculpt ready to show off yet. These figure reveals are usually a year (at absolute minimum) away from production, so fans know what they’ll be buying in the longer term. 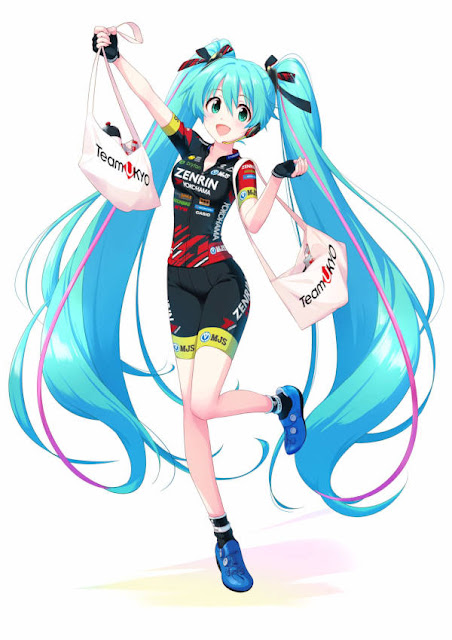 I’ve saved the best for last. It’s another concept image, so production of the figure is a ways away yet, but I’m already sold on it. Miku has also been involved with Team Ukyo, a Japanese cycling team, and so there’s been a few Racing Mikus in which she’s adopted the team costuming. Less raunchy than some of the others, above, and yet incredibly sexy thanks to the body-hugging lycra with Miku’s amazing waist-to-hip ratio, this figure almost makes me want to pull the performance-enhancing drugs out… (legal disclaimer: I’m in no way implying that Team Ukyo is like the approximately 99.99 per cent of other cycling teams that slip special things into their morning eggshakes). 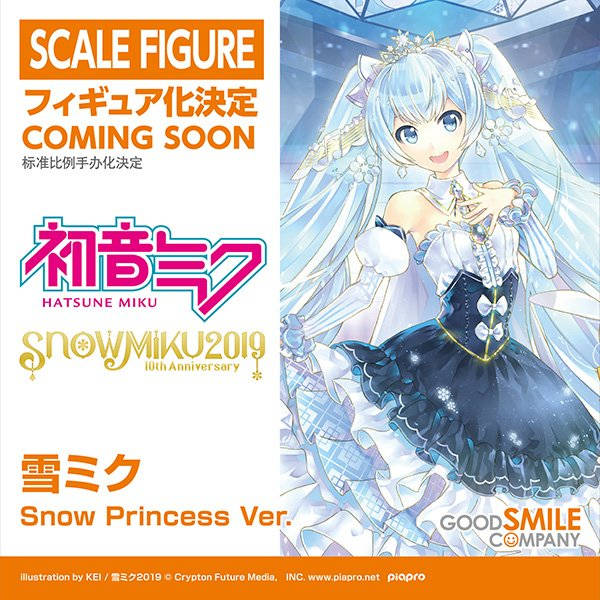 Snow Miku remains the other great favourite Miku series among the faithful. Hatsune Miku comes from a company based out of Sapporo in Japan, and Sapporo is a very, very cold city. As the capital of the northern island of Hokkaido it has long, snowy winters, and indeed the city’s big event every year is a snow festival where dozens of stunning snow sculptures are crafted. In recognising that heritage, there’s a Snow Miku designed every year, and every year I’m left wishing for a remake of Disney’s Frozen that stars Miku, rather than whoever that character was that is in there. 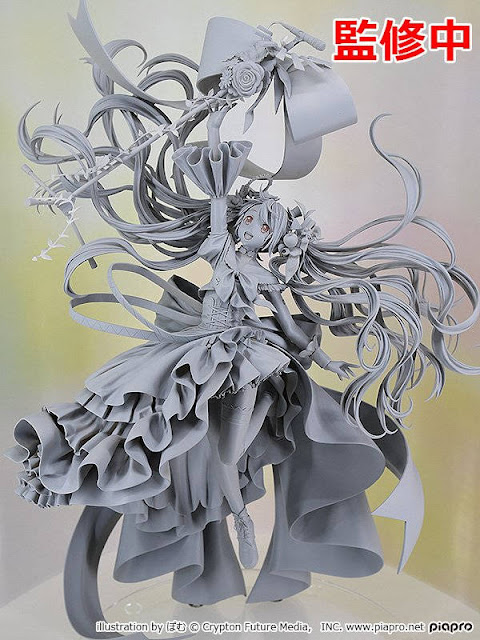 Finally, this is a special celebratory model that Good Smile Company has in production. Based on how big and detailed this figure is, and how much movement has been captured in the sculpt, you can probably expect this one to set you back more than a few hundred dollars.

And there was one Rin, too 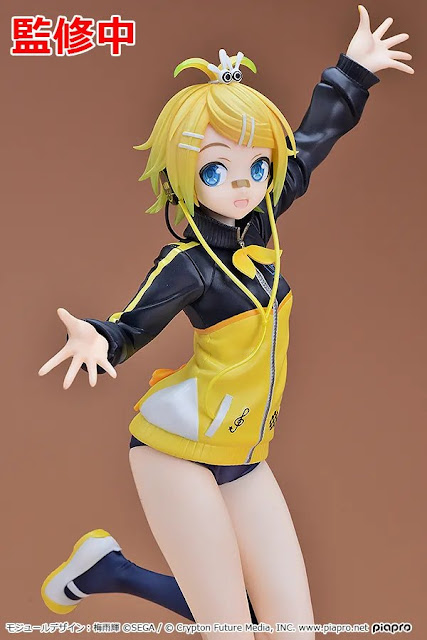 While Hatsune Miku absolutely dominates when it comes to the production of figures (naturally), there’s usually one or two other vocaloid figures announced with each new Wonder Festival. This time around, that figure is sporty Rin (there’s also a sporty Len, but no one cares about Len). While this figure is quite simple looking, it is from Max Factory, so it’ll be made to an exceedingly high standard, but Rin’s legs are every bit as amazing as Miku’s, and combined with the tiniest hotpants possible as they are here is a great combination.

We don’t get enough Rin figures, to be honest, but this one is going to be great.