XSEED Games and Marvelous Inc. have teamed up with developer Team GrisGris to bring four Corpse Party titles to PC, beginning with Corpse Party: Book of Shadows on October 29. Other games coming to PC include Corpse Party: Sweet Sachiko’s Hysteric Birthday Bash, the first chapter of Corpse Party 2: Dead Patient, and Corpse Party: Blood Drive. All games are expected by the end of “winter 2018,” which to me implies by the end of December but likely means by March or so.

Corpse Party: Book of Shadows is an anthology of stories set in and around the events of the first Corpse Party, both in the canon universe and in Wrong End timelines. Some of these short stories are what-if scenarios, offering a different story path than the original title; others offer a deeper look at the Book of Shadows.

Being released for the first time in English, Corpse Party: Sweet Sachiko’s Hysteric Birthday Bash transports players to the vengeful spirit’s seventh (again) birthday party. Her victims are granted 24 hours of amnesty to attend the festivities… but each one is for her amusement, most certainly not theirs.

Corpse Party: Blood Drive leaves survivors of the original title to mourn alone, as all memories and records have been wiped from the face of the planet. Only the Book of Shadows can reverse this fate, so Ayumi returns to Heavenly Host to find the tomb. Will this right her wrongs, or cause worse things to happen?

The first episode of Corpse Party 2: Dead Patient brings players into the halls of Amare Patriatcha Crucis, a deserted hospital. Ayame has partial insomnia, and will need to solve puzzles, collect medical charts, and avoid creatures to get out of the hell she has found herself in. The game stands alone in the series, and previous understanding of the previous titles is not necessary to enjoy this one. Future episodes will be released as they are developed by Team GrisGris.

Ripstone is back with a new pool game

Ripstone, the publisher that has brought us various chess, poker, and pool games in the past, is back with another take on that gentlemenly bar game of balls and a felt-covered table. Snooker 19 is a little different to previous efforts, though. This one is fully licensed, so that tiny venn diagram of people who like video games, and people who claim snooker players as their sporting heroes, will be well pleased with this. 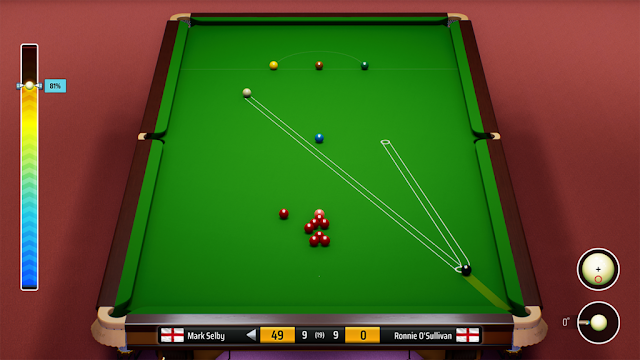 Snooker 19 will feature 128 of the world’s top players, including a whole bunch of names I don’t think I’ll ever recognise. There will also be iconic venues like the Crucible and Alexandra Palace (I assume big competitions are held there), and players will be able to play through an entire season of snooker on their way to the World Championship.

The game will be available on PC, PlayStation 4, Xbox One and Nintendo Switch, and as always for Ripstone-published parlour games, Snooker 19 looks simply photo-real, with the most incredibly rounded balls you could ever hope to see. Jokes aside, while the license doesn’t mean much to me, I’ve spent hundreds of hours playing Ripstone pool games in the past, and I’m really looking forward to checking this one out too. Especially on my Switch.

Valkyria Chronicles 4 is really, really good. It’s been available on Switch for a couple of weeks now, and is one of the better tactics JRPGs that you could hope to play. Now SEGA has backed that up by releasing the one that started it all, Valkyria Chronicles (as in, the original, or number #1), on the console as well. 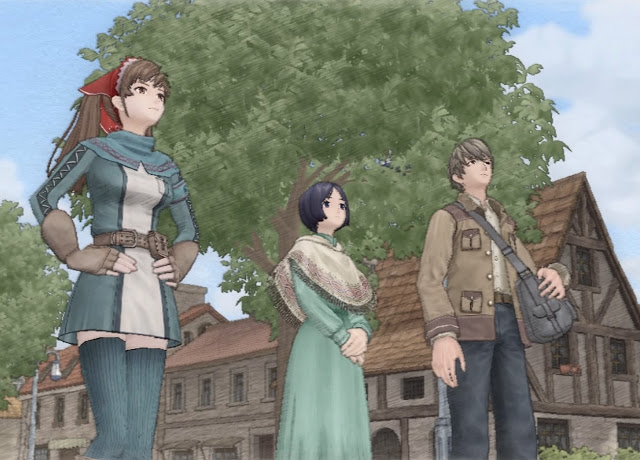 I love this game so, so much. And not just because it has one of the most perfect twintails girls (Alicia) ever in it. Valkyria Chronicles is the perfect example of how to do an anti-war war game, and even the series sequels haven’t managed to be as perfectly on-point as this one was.

It’s going perfectly cheaply on Switch (and you also get a 25% discount if you own Valkyria Chronicles 4). This version includes all the DLC in the base package, so it’s most certainly a one-purchase-only deal. Check out my review of the game’s remaster on PlayStation 4, and go grab your copy to play on the go now.

The Witch’s House remake coming to Steam on Halloween

Originally released in 2012, The Witch’s House is an indie title reminiscent of titles such as, oddly enough, Corpse Party. It features puzzle-solving and jump scares, even despite its pixel-art graphics. The game is now been completed remastered by its developer, Fummy, in RPG Maker MV, and the remake called The Witch’s House MV will be released on October 31.

The game features a horror-soaked atmosphere, with surprising amounts of gore for a pixel-art title. Death is around every corner, so watch out!

The Witch’s House MV took five times the time to make the original title did. It is lovingly (re)crafted, down to map tiles. There are also two new difficulty settings; one is more accessible and lets you retry instantly, whereas the other is more difficult and can be unlocked by reaching the game’s true ending.