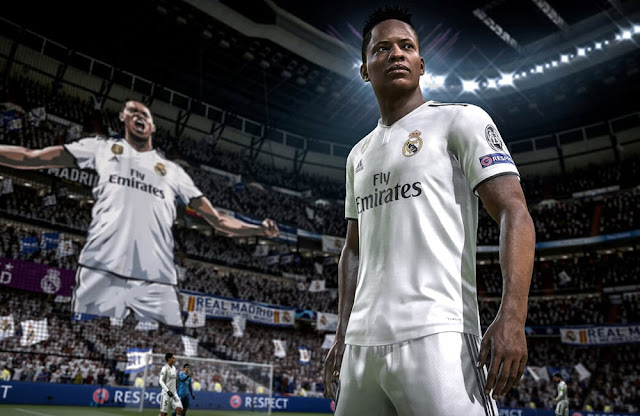 FIFA 19 makes some incremental improvements on an already excellent soccer formula. Recent trends like the story mode return and all of the expected modes and on-field action are here. If you have taken a couple of years off from the series and have an itch to return, FIFA 19 is an easy title to recommend as it is my favourite in the series so far. That being said, the actual changes to the well-worn formula might not be dramatic enough for all but the most dedicated of FIFA fans if you still have FIFA 18 in your possession.

This is a busy time of the year, where lots of AAA video games see their release prior to the holiday season, and sports games are just at susceptible to this trend. Madden NFL, NHL, NBA and FIFA all release around the same time, and all of them yearly in nature. Such a rapid release cycle can force developers to weigh new features against improving foundational ones. This year’s FIFA comes across as more of the latter, despite a shiny new license tied to the Champions League.

There are plenty of modes, which should be pretty familiar to fans of the series. Kick Off boasts some pretty beefy stat tracking and perhaps most interestingly, ‘House Rules’ that allow you tweak the gameplay experience. Ultimate Team is EA’s well-known blending of fantasy sports with card collection, and its primary foray into microtransactions as it does encourage the buying of digital packs for improving your roster. Madden’s Ultimate Team is my favourite, with NBA Live’s my least – I suspect due to the roster sizes and the depth of the teams being assembled. NHL and FIFA fall squarely in the middle, as it is a mode that I enjoy poking at, even if I do not spend the bulk of my time in it. There have been some nice updates to Ultimate Team that gave me a better sense of progression the longer I spent with it. 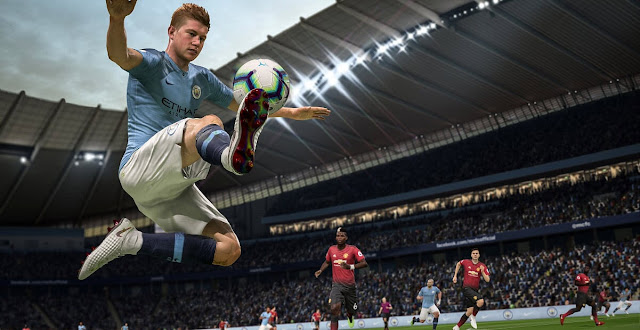 The Journey: Champions is how I kicked off my FIFA 19 experience, returning to the story of Alex as well and Kim Hunter and Danny Williams. There is a genuinely interesting story being told, which weaves narrative with gameplay to create an enjoyable, if sometimes unevenly paced experience. It is a great way to get familiarised with the controls (though if you are really new to the series, I also strongly recommend the excellent tutorials). The narrative here splits off, following not just Alex but his aforementioned sister and friend as well. This split narrative is similar to what we saw in this year’s Longshot in Madden. Last year’s Madden story felt more focused on Devin Wade, but this year it was a much more even split between Devin and Colt (and personally, I actually thought Colt’s arc was more interesting this season). Here Alex is important, but not necessarily any more so than the other two stories being told. There is some connective tissue between all three, but they are generally independent as well.

The majority of my time is generally spent in the career and franchise modes, and while I am happy to see them return, there was not a whole lot new to be found in either. Minor tweaks here and there, and the progression system for player development is still among the best there is (along with the one from NHL 19). That is a great way to spend plenty of time with the game, and I will admit to losing most of my hours spent in this particular mode.

However, without a gaggle of new features, it falls on the gameplay to do most of the heavy lifting in FIFA 19, and by and large this is the highlight of the release. There is a certain weight to the way players move and run and pivot that was lacking in prior years that has benefited from the engine change to Frostbite. It is similar to how much better the moment in NHL 19 has become, allowing for much more fluid play and interactions between players. Some of really subtle, such as the flick-up volleys or how they receive the ball and move with it. Other animations are much more fluid, like when the players collide or dance around one another’s feet. These animations are really fantastic and help to create some tense moments in a game that seems to be moving non-stop. 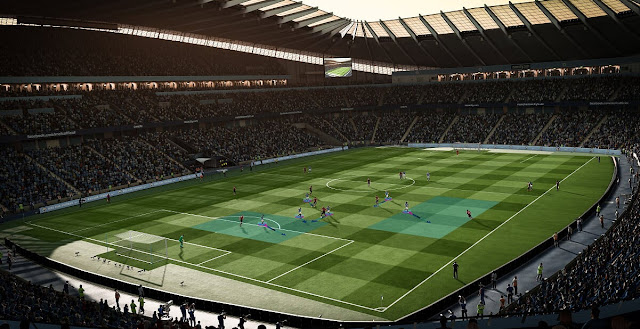 As good as these movements look and feel, there are certainly some wonky moments to be had. Most of them occur when defenders make odd decisions / movements that they should not, or near the goalie (one of the quibbles I had with the NHL animations / physiques involved action around the net there). The vast majority of the time these work well, but every now and then something rather inexplicable occurs and all I can do is shake my head and move on.

Beyond the movement, gameplay and options, FIFA 19 returns with the same fantastic presentation is usually does. It suffers from some of the same commentary concerns that most sports titles do (too much repetition after you have played a number of games), but EA Sports does a fantastic job of capturing the buzz of the crowd as action unfolds, with plenty of great celebrations and reactions from the players to the announcers and to the fans. There is a raw excitement from soccer’s fans that is hard to find in most other games, but it is so well captured in this series that it puts a smile on my face every time.

After many hours spent with FIFA 19, I can confidently say it is a really good game – probably the best in the series. The biggest concern for those trying to decide whether to buy or not is how much the minor incremental increases of the FIFA 18 release really matter. I certainly enjoy this one more, and those jumping in from say, 16 or later will find lots here that feels new and fresh, but it may not be a must-buy for FIFA 18 owners, despite how good the game itself is. As such, your mileage my vary.