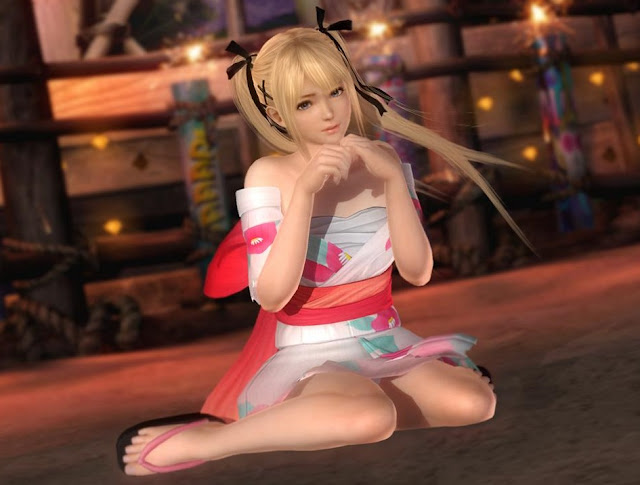 As is customary, Sony has held a show before the kick off of Tokyo Game Show, where it has shown off some of the key titles and announcements focused more targeted towards the Japanese consumer. In other words, this is the company’s interesting show.

Here are some of the key announcements:

The next instalment in Koei Tecmo’s fighter now has Marie Rose, Ayane and Honoka added to the roster. In addition, we now have a firm release date: February 15.

Everybody’s Golf is coming to VR

In one of the most exciting VR announcements that Sony has made around VR to date, it has announced that the hugely entertaining arcadey golf “simulator”, Everybody’s Golf, is coming to VR

Cygames, the Japanese publisher best known for mobile games like Granblue Fantasy and Dragon Quest Monsters: Super Light has a new PS4 game on the way: Project Awakening. We don’t know much about it beyond the fact that it’s an action RPG in a high fantasy setting, but the trailer looks neat.

Square Enix shared a new trailer for Kingdom Hearts III, this time focusing on the Big Hero 6 world. Square also teased a Kingdom Hearts VR Experience for PlayStation VR, but we don’t know any more than the name at this stage.

Final Fantasy Crystal Chronicles is getting remastered for PlayStation 4

Originally released for GameCube back in 2004, Final Fantasy Crystal Chronicles is coming to PlayStation 4 next year in a remastered form. The original game deviated from the Final Fantasy norm (at the time) with a focus on multiplayer and an action-based combat system, so it shouldn’t have too much trouble finding an audience in 2019.

FINAL FANTASY CRYSTAL CHRONICLES Remastered Edition is more beautiful than ever and coming to #NintendoSwitch and #PlayStation 4 in 2019! pic.twitter.com/hwfldVLYRO

God Eater 3 will be available in Japan from December 13, though there’s still no word on a Western release date. There’s also a new trailer, offering a new glimpse into this post-apocalyptic monster-hunting game.

Among its many announcements of the night, Square Enix unveiled Project Prelude Rune (a working title, hopefully). This will be the first game from Studio Istolia, a new development house founded by longtime Tales series brand manager Hideo Baba. We’ve only seen a snippet of artwork, but it looks gorgeous.

Samurai Spirits (aka Samurai Shodown) is back

The big announcement that SNK has been teasing over the last week is none other than a new Samurai Spirits game (known in the West as Samurai Shodown). Judging from the trailer, it’ll be a 2.5D game, and we know that Haohmaru, Jubei Yagyu, Nakoruru, Earthquake, and Galford are all making a return.

PS4 is getting another “battle royale” game, yippee

Something called Knives Out is coming to PS4. It’s apparently a “battle royale” game that originated on mobile. Pass.

LoveR is looking stunning, and we have a new trailer

Kadokawa games has brought the producer of Photo Kano on board to produce a stunning looking life simulation title, LoveR. It will be released on February 14 in Japan. We wouldn’t expect an English release of this, but we have to hope against hope.

Yakuza studio’s next game is a… legal drama?

Ryu Ga Gotoku Studio, Sega’s internal developer best known for the Yakuza series (Ryu ga Gotoku in Japan), unveiled their newest project, Judge Eyes: Shinigami no Yuigon for PlayStation 4. It appears to be some sort of law drama game, which… seems like a good fit for the Yakuza team, oddly enough. It’s due out December 13 in Japan and in 2019 in the West, and there’s a demo available on the Japanese PlayStation Store.

The busy folks at Square Enix also unveiled a new trailer for Left Alive, a shooter set within the same universe as Front Mission. It’s being directed by Toshifumi Nabeshima, producer of a great many Armored Core games, and has character designs by Yoji Shinkawa of Metal Gear Solid fame.