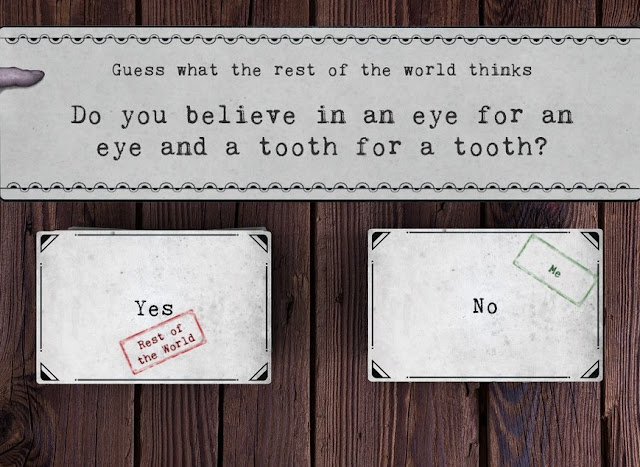 A party game that takes pride in the fact that it might cause friendships and relationships to be tested. Let’s just sit and think about that scenario here. You’ve got a party going on, and people are looking for a game to play. You suggest the one that’s going to ask you questions about your opinions on abortion and same sex relationships.

Sound like a hoot? If so, never invite me to your parties.

The truth of the matter is I have absolutely no idea what Awkward is even trying to achieve. If it’s aiming to get participants to cringe at one another, it doesn’t go anywhere near far enough. A game like Cards Against Humanity works on that level because it’s so over the top in how offensive it can really be (and encourage players to be), that you’re best to leave inhibitions at the door to that party, load up on alcohol or whatever other substance you like, and fall into a surreal, sublime cycle of the the grotesque. 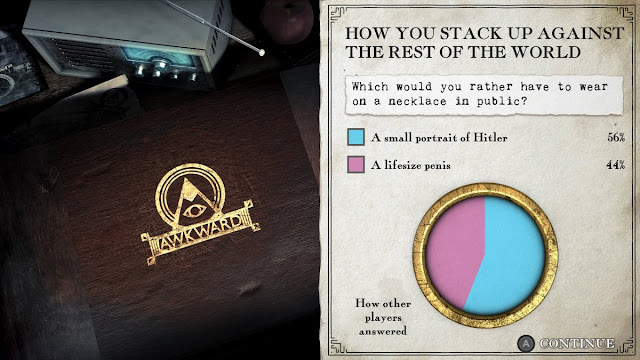 Cards Against Humanity is a simple game. you’ve got a hand of ten cards, each with one “response” on them. Whoever’s turn it is draws one “question” card, and then each player picks a “response” and hands it over anonymously to the leading player. That player then shuffles the cards, reads out all the responses, and then picks a favourite. That person wins a point and it becomes their turn to draw a “question”. It sounds innocent, but given that most of the questions and answers are things I wouldn’t dare write down here, it’s anything but. Cards Against Humanity is so offensive that you’ll be cringing a lot, but you’ll also know it’s not a reflection on whoever you’re playing with. That’s why it works and can be utterly hilarious. It allows people to split themselves from their responses and fully indulge in the grotesque rollercoaster ride. Case-in-point: while I’ve played Cards Against Humanity a number of times with close friends, family, and my wife, and I honestly can’t remember a single “answer” that a single person put to a single “question”, no matter how offensive it was.

Play Awkward, though, and you’re sure as hell going to remember the answers, because unlike Cards Against Humanity, Awkward only works if players respond with a truthful response. Meaning that you can’t separate yourself from your responses this time around, and you will actually learn a lot about a person playing this game… some of which you probably won’t like.

Awkward is every bit as simple as Cards Against Humanity. People split into teams (the more players, the more teams), and then one player answers a question with two different possible responses. The other player then needs to guess at which answer is the “correct” one. Then the play swaps, with player two answering the question, and player one guessing what their partner’s answer was. At the end of the game, each team is given a rating out of 100 per cent, based on how well they know one another. 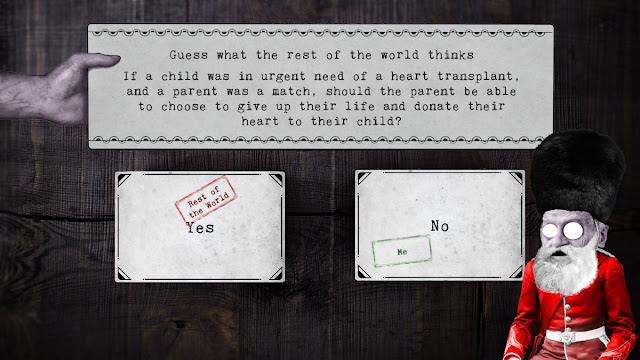 I think the ultimate purpose of the game is to give people a giggle about how two close people – be that friends, spouses, or children/parents – might not know one another quite as well as they assumed. This is a game that can’t possibly work with two people that don’t know one another – it’s just meaningless guess work in that circumstance – so the only audience that the developers could have been targeting is people close to one another.

I guess there could be a laugh or two in the game if you were to play it with six players, each in teams of two, trying to see who knows who best. Games are nice and quick, which does make for a decent enough format for an after-dinner game if you’re doing a dinner party with a small group of couples (yes, people still do those. I’m old, okay?). But then we get to some of the questions. Jesus, those questions:

– Do you support the death penalty? (Yes/ No)
– Who would you rather date (Someone half your age/ someone twice your age)
– Do you think it’s acceptable for someone in a heterosexual relationship to dine alone with someone of the opposite sex? (Yes/,No)
– When do you believe human life begins? (At conception/ At birth) 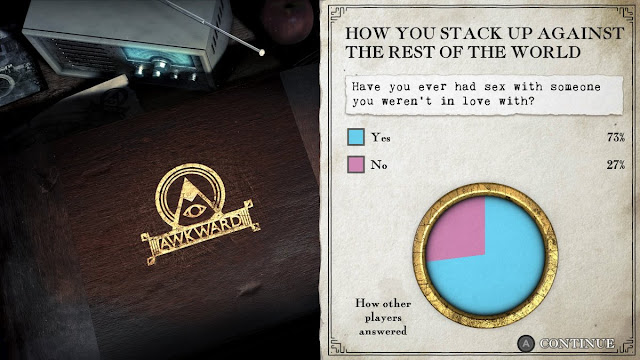 Now, you’d hope that people who know each other well enough to play a game that tests how well people know one another would know their answers to these questions. But imagine finding out, in a party setting, that this people that you’re getting to know is against immigration, or is firmly against a woman’s right to make decisions about her body? Imagine being on the opposite side of the fence? Imagine the tension that this game instantly inserts into the relationship by hitting on such intensely loaded questions?

Yes, couples or friends should have these conversations and know where each other sits on important issues. But they should have those conversations in relatively serious settings. Not at a party. Nothing kills laughter faster than finding out that according to your world view, your partner or mate’s an utter bigot. That’s the difference between the cringe of Cards Against Humanity and the cringe of Awkward. In Cards the cringe is through laughter and you’re not going to hold it against the player. In Awkward the cringe is going to kill any and all mirth.

Those loaded questions also come out of nowhere, because there are so many questions that are either completely silly (“do you think you’re smarter than the average person?” – in fairness that will get chuckles if your partner gets it wrong), or the fun kind of debate that people like having when they’re joking around (“Were Ross and Rachel from Friends on a break?”). Many – if not a majority of the questions are innocent enough that the tonal dissonance when one of the questions does go for the jugular is all the more sharp. 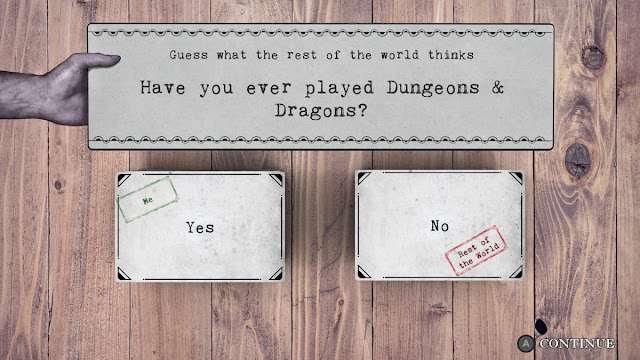 I don’t think the developer went out there with the aim of attacking relationships with Awkward. I’m sure that the team thought that every one of those questions was carefully curated to cause the humorous kind of embarrassment, and I’m fairly certain that the whole experience was inspired by the runaway success of Cards Against Humanity. Unfortunately for the team, they didn’t seem to put much thought or research into the difference between a game that forces players to leave their inhibitions at the door, and one that will make people feel outright defensive.

Sadly, I can’t imagine a single scenario that I would actually want to play Awkward with anyone. None of the questions I came across are either things I want to learn about a friend in a party setting, or they’re things I already know and, whether I agree with them or not, I just don’t find the subject matter amusing.