I hate when developers or publishers announce an announcement. I understand that it builds momentum and excitement, but being patient has never been a trait of mine and I’d rather know nothing until the announcement itself. But it’s a bit different when it’s about the next entry in the Atelier series, innit? 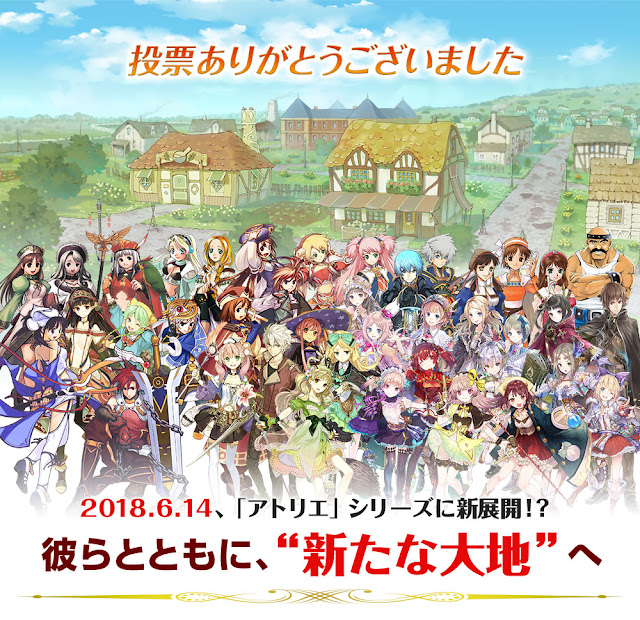 The above image was posted by Koei Tecmo and Gust following a fan vote of favourite characters, celebrating the series’ 20th anniversary. The text at the bottom reads, “On 2018.6.14, a new development in the Atelier series!? Let’s go to a ‘New Land’ with them.”

Related reading: In case you missed it, you’ll definitely want to check out our review of the last Atelier Title, Lydie & Suelle.

It’s safe to say that Star Ocean is one of Square Enix’s lesser franchises. But it has a good reputation among fans for its science fiction plots, excellent roster of characters, and clever, rich real-time combat. And now it’s coming to mobile (iOS and Android) in what we hope will be a really, really good experience. (That being said, Lindsay feels the need to interject that Square Enix really should have stuck with the Go series instead of pushing these F2P games.) 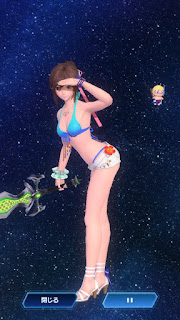 Key features of the Star Ocean: Anamnesis, according to the media release, include:

Though if we’re being brutally honest here, the Reimi (Star Ocean 4) costumes are enough to have our attention.

Are you ready for a fully 3D remake of Senran Kagura?

Thank you, Honey∞Parade and XSEED! Senran Kagura Burst was originally released in the West as a 2.5D action brawler, but this remake is both fully 3D and a fresh retelling of the first entry into the series. Promised as a “voluptuous visual feast,” Senran Kagura Burst Re:Newal expands the series’ Dressing Room mode, and promises DLC in addition to the original content. The title will be released physically and digitally for PlayStation 4, and digitally for PC. 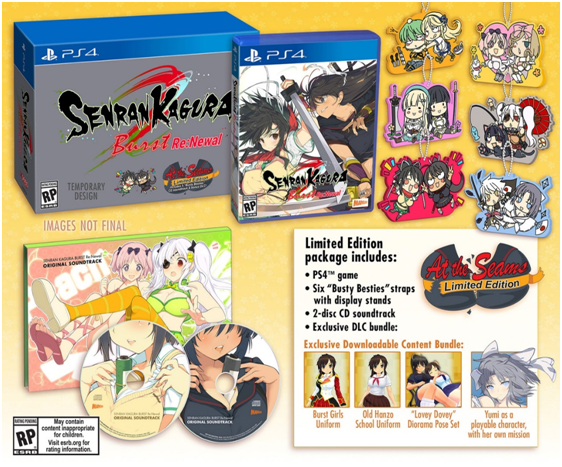 Of course, what’s an XSEED-published title without a pair of titillating physical limited editions? The Senran Kagura Burst Re:Newal Tailor-Made Edition includes a physical copy of the PS4 game, a two-CD soundtrack, and three bits of DLC. In an exclusive episode, everyone’s favourite Yumi finally becomes playable. In addition to the episode, this version includes Re:Newal Old Hanzo Uniform and Burst Girls Uniform, and the Lovey-Dovey Couple Diorama Pose Set. It will retail for $49.99 USD, which seems like a total steal until you meet…

The At The Seams Edition (pictured above)! It includes all the content from the Tailor-Made Edition, as well as “Busty Besties,” a set of six rubber straps with display stands. This version retails for 79.99 USD. Pre-orders will be open soon, so get your wallets ready!

Is that a Warhammer Diablo clone that we spy?

If Warhammer: Chaosbane really is that Diablo-style action RPG that it looks like in the screenshots, and sounds like from the game’s description, then it’s a surprising title. Surprising in that I really can’t believe it has taken the games industry this long to do something that seems so elementary. But here we have Bigben announcing what should have been an obvious announcement years ago. 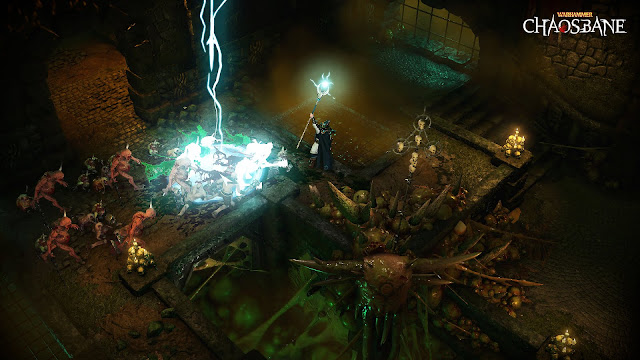 Unfortunately, as excited as we are for the idea of a Fantasy Warhammer-meets-Diablo game, we will be approaching this one with caution. The developer behind it is Eko Software, which has some success with the How To Survive games, but has also thrown up stuff like the Handball titles.

But, being optimistic here, the game’s description really does sound good: “In Warhammer: Chaosbane, the player will be plunged into the middle of Old World history as they embody a human, a high elf, a wood elf, or a dwarf and discover several iconic locations such as the cursed city of Praag, or Nuln, the old capital of the Empire.”