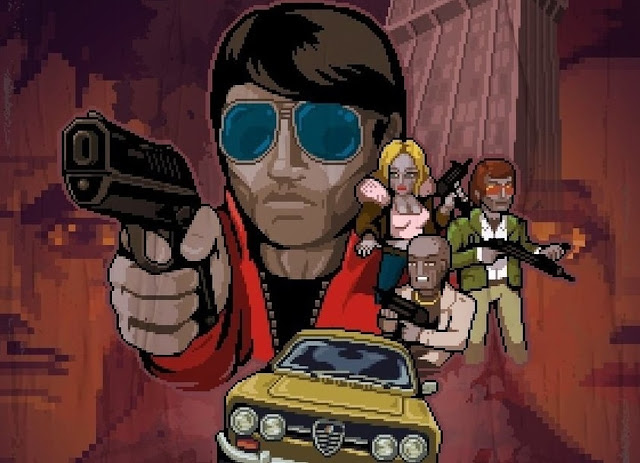 I like to think that when it comes to games inspired by cinema, I’ve seen and studied enough films that I know the context through which the game was born. However, Milanoir is an exception to that rule. Milanoir is inspired by the poliziotteschi, or Italian crime action films, which were a big deal in the 1960s and 1970s, and a major part of Italian filmmaking history. I’m sorry to say I’ve never actually seen one.

From what I understand, though, the poliziotteschi were a response to a period of severe civil unrest within Italian society, and historically when that has happened, it has manifested itself in the art produced as being extremely violent and working class-orientated. In Italy it was a period in which everything from kidnappings and assassinations were commonplace, organised crime was uncontrolled, and corruption worked through all layers of Italian political and public service. And so the poliziotteschi were all about dealing with corruption and anarchy on the streets in the most brutal of fashions.

I also assume that most of these films were akin to B-grade crass exploitation films, because if Milanoir is anything to go by, that was the dominant tone set throughout. The game is built around minimalist storytelling more there to enable or support violence than establishing meaningful character or place (even the dialogue, minimalist as it is, is blunt and violent in tone). The action is sharp and pointed, and the pace of the game is the same raw efficiency that directors with tiny budgets used to save themselves the cost of expensive reels of film. 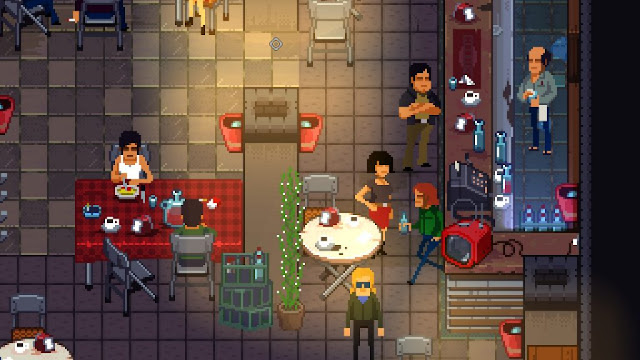 It’s charming, in a way that will be quaint and nostalgic for people who remember this B-grade aesthetic. Despite having never seen a poliziotteschi film, I’ve seen a lot of B-grade trash films, and from sexploitation to slasher horror, and on to grindhouse, there are common aesthetic threads to them all. So I certainly immediately got along with this game, even if I didn’t necessarily understand the more nuanced nods to the cinema its based on.

Milanoir also pushes pixels into a very adult place. This game has it all; boobs bouncing in a lit window as you make your way through a brothel, where the game’s very first boss happens to like indulging herself. Then when the bloodletting starts it certainly enjoys making use of the red stuff. The dialogue is, as I mentioned before, violent in its efficiency, and that comes with a certain (high) degree of vulgarity. If this had have come before Hotline Miami it would have been incredibly eye-turning for just how far it pushes pixels towards genuinely adult material. A few years later and these games aren’t as “edgy” as they once were, but Milanoir is nonetheless a decidedly adult game.

It plays well though, that’s for sure. On a basic level it’s a top down shooter, but it has a kinetic pace in which it likes to mix things up. Just the first level, for example, kicks off with you sneaking around, garroting people before they spot you. Then you run into the boss (in a bath), who beats a snappy exist, which kicks off a more standard shooter sequence as you chase her down. Following that final confrontation, you then jump on the back of a motorbike and engage in some gunplay there as you knock goons off your sent. 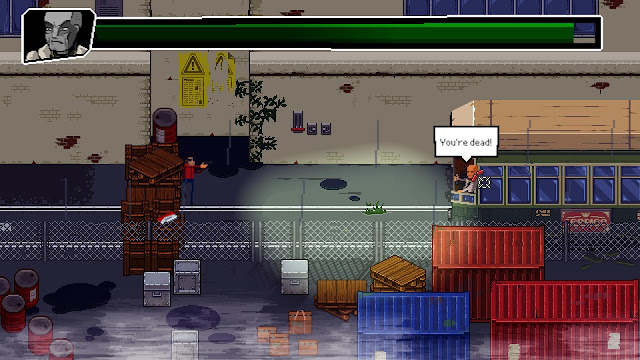 Milanoir is not the longest game, but that breakneck pacing is so high octane that it can become draining. Unfortunately, it’s not a game that’s easy to pick up and put down at will, because it’s a little confusing as to when it’s actually saving the action. For example, in that first level, the first time I played, I naturally thought that after I beat that first boss that I’d be able to take a break. I come back to the game to find that, nope, I’ll need to play through that again because the end of the “level” actually comes after some more action. Devs, take note – implement auto-save after every major moment. I shouldn’t be saying that in 2018, but it still seems to have escaped some.

It’s also worth noting that Milanoir isn’t exactly an easy game, and those boss battles in particular can be almost frustrating to deal with. They’re well designed battles with some genuinely interesting design ideas underpinning them, but if you are finding the going tough there’s no relief from where you’re stuck, and the game isn’t that interested in helping you out.

Or perhaps I’m just not that good at this kind of game. Call it my Cuphead moment if so. But if it’s not just on me I suspect there are going to be a fair few that won’t bother getting all the way through this one. Particularly since, unless you’ve got a real itch for nostalgic old Italian crime films, this one isn’t going to offer much to latch onto. 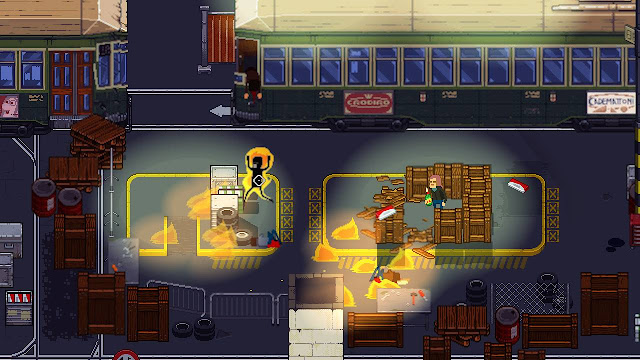 The very best examples of nostalgic homages are those that add something in the process. Goichi Suda’s grindhouse-toned games, for example, add all kinds of stylistic features that help to build on the thematic basis. Milanoir isn’t that game. It’s slavishly devoted to something very obscure and doesn’t do enough to appeal to people who don’t know the base material. But that’s not to say it’s a poor game. Its energy and ballsy attitude is engrossing all in itself.