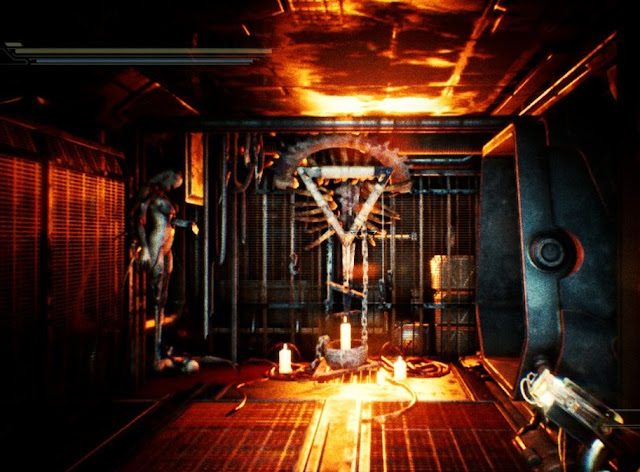 I bought myself a copy of Hollow because the trailer on the eShop was positively classy. The developer made something with genuine production values, what with a quality cover of “Mad World” forming the soundtrack and all. Yeah, it looked like it was a clone of EA’s now dead-and-buried spacefaring horror franchise, Dead Space, but I genuinely believed that, given the effort that went into the game’s trailer and its focus on narrative and atmospheric elements, this would be a horror game I would enjoy.

You would think after decades of writing about the entertainment industry I wouldn’t fall for a trailer. You would think. I feel so very stupid right now.

Hollow is trash. Not good trash, like something like School Girl Zombie Hunters is. This is not a game that knows it’s B-grade and has fun with that. Hollow is an earnest kind of trash made by developer that seemed like they wanted to make something that would both frighten and excite players. I feel bad for the developers that the game has so completely missed their vision, but, frankly, this thing annoys me. There’s nothing intelligent nor interesting in the way the game is constructed, it’s a pale imitation of far better games, and I’m not sure the team that made this game has the slightest understanding of what horror is. 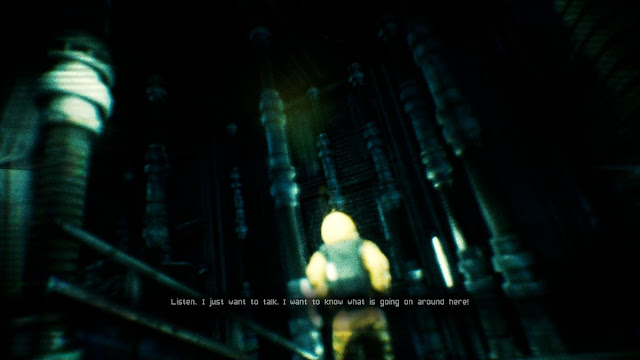 So you play as a spaceship pilot that doesn’t seem to know much about anything, but is for some reason docking onto a space station/ mining facility out in the reaches of space. He soon discovers that the station is effectively deserted, running without any power, and looks like it has been trashed. Written with all the maturity of a thirteen year old aspiring writer that is trying to be “mysterious”, this protagonist is immediately unlikable, and then, when he stops talking, completely forgettable. All he’s doing is following a series of breadcrumbs that some “mysterious” helper is dropping along the way. It’s all part of some “game” that our “hero” has meant to have been pulled into. But, again, and I can’t emphasise this enough; I just did not care. It was all far, far too try-hard and over-earnest, and it makes Hollow feel utterly shallow and plastic.

The developers tried far too hard to create atmosphere in the gameplay, too. Your character hobbles around like he’s got a broken leg, for a start. Toggle the “run” command on and he hobbles around like he’s got a broken leg and is trying to run on it. Of course, a big part of horror is the slow build of suspense between each major moment of terror. The developers took this a little too literally in making your character’s movement the reason for the slowness, and accidentally went so far in slowing his movement down that I actually at one point dozed off and dropped my Switch while playing. Luckily the screen wasn’t scratched, or the developer was going to get an angry invoice for their role in that.

The big book on “how to make horror games” also tells you that lighting is important. If it’s dark, and it’s hard to see what’s going on around you, it’s scary. There are so many games that use this to remarkable effect, from Resident Evil to White Day, and even cheaper productions like Creeping Terror. Hollow’s developers decided to go all out and make everything so dark you can’t see anything, and then give you a torch that doesn’t illuminate anywhere near enough. But boy will those monsters terrify you when they jump out at you, right? Well, no, because they look so fuzzy, generic, and cheap on the Switch’s screen that you’ll be more concerned that your eyesight is going bad than the enemies themselves. 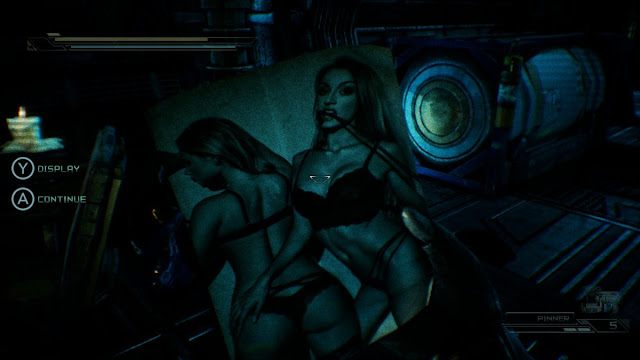 Navigation’s an absolute pain, too, thanks to a mapping system that – surprise! – tries to enhance the atmosphere of horror by being completely inadequate. Pull the map up and it only gives you a sense of what’s within a short distance of your character. Actual objectives – which may as well be miles away given the speed this guy moves – are impossible to figure out, with the game’s only saving grace being it’s almost so completely linear that even if you get lost you’ll run into some arbitrary block and have to turn around. Of course, that trek back is just painfully slow.

I wish I could say the combat is a redeeming feature, but it’s not. The developer, again, copying directly out of the “how to horror” book, limits ammunition, which would be fine were it not for the fact that if you run out of ammo, and then run into an enemy, there’s nothing you can do but restart from the last save point and try and try and conserve a bit more ammo to deal with the thing the next time. Because your character moves like he has broken legs there’s no “run and hide” solution to enemy encounters, and his only ammo-less attack is a kick, which is almost entirely useless both in terms of doing damage or knocking the monster down so you can escape.

So earnest are the developers in making a generic horror experience that they’ve also gone and grabbed every trope from the book when it comes to storytelling and thrown them into Hollow for no reason whatsoever. Sex is a big thing in horror, and there are entire books of critical theory written on the reason for that. The basic point being that psychologically speaking there’s a great deal of tie-up between sex and terror and authors from the earliest days of the genre, like Bram Stoker and Dracula, have used their work both to play on this fear and because they themselves had internalised fear about this stuff. In Hollow all that translates down to a moment where you’ll find a picture of two women in lingerie. Why? I really don’t know. It’s just there. Perhaps the developers thought that players would keep trudging through the game in the hope of finding more lingerie pictures. Sorry, but the women didn’t have green enough hair for that to work on me, devs. 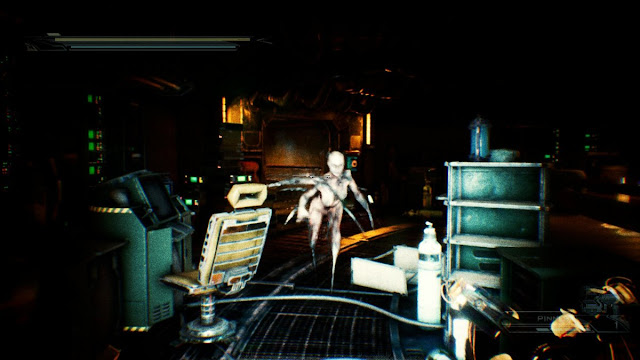 Oh! And there are bugs. Of course there are bugs. Not mildly irritating bugs, which I’m usually happy to ignore as long as I’m enjoying the game. Oh no. We’re talking about “load your save file and then immediately die because the game has respawned a monster that you’d killed right in front of the save terminal before making the assumption that the game was made competently enough that you’d now be able to save and he’d stay dead when you reloaded”-style bugs. If I wasn’t reviewing the game and therefore had an obligation to actually play it, the first time that happened to me would have been the end of it right there and then. I had to actually restart the game when that happened, and make sure I didn’t use that save terminal again. Luckily (if you could call anything about playing this game ‘lucky’) this happened early on in the game, so I didn’t lose too much progress. Later bugs – and there are some severe ones – were never so bad I couldn’t resolve them by reloading the most recent save.

There’s nothing that actually redeems Hollow. It’s a B-grade Dead Space clone that follows the “rules” of horror without actually understanding any of them. Sure, it’s a good thing that developers want to continue that “horror in space” tradition of Dead Space, but this team simply wasn’t up to the task. On any level.

Yay! We have a release date for Happy Birthdays!