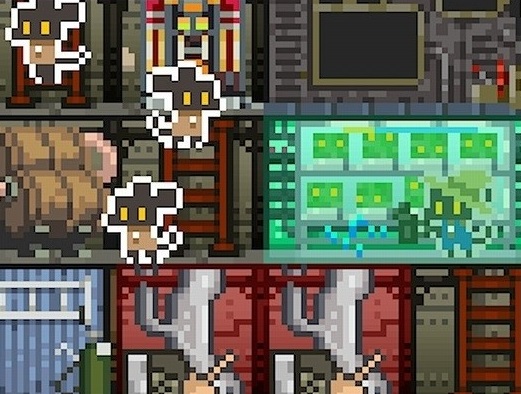 Of Mice And Sand is simple. It’s charming, bright, and cheerful, but it’s simple. It’s a mix of Fallout Shelter, This War of Mine or Sheltered, and the great western genre of cinema. With cute pixel mice. It’s not a mix that I would have thought of personally if I sat down to make a game, but then again I’m not a game developer. As it turns out, it’s actually a really great concept, but sadly, it’s just hard to sit down and play this and not wish it had more meat to it.

Related reading: Jim’s review of Sheltered, a game with some gameplay similarities to this one.

The western genre is one of the great contributions that America has made to the overall body of culture and art in the world. The way it depicts humanity at its most raw, unburdened by laws, or even the need for civility or community, it something that rings deeply within the American psyche and the way that it often yearns for uninhibited freedom. Of all the great works of art that Americans have made over the years, it seems to be through the western that the nation has its greatest moments of reflection and discourse around its identity.

Because it’s a genre that has such an intense relationship to one particular national identity, it’s very difficult for those outside of that particular culture to make meaningful use of the genre. There are exceptions to that rule (in cinema, for example, one of the greatest modern westerns is The Proposition, an Australian film), but nonetheless, it’s relatively easy to capture the visual aesthetic and hit the right notes in making a western, but really getting to grips with the genre requires more than that, and it’s difficult to do. Particularly for the Japanese, who are, culturally, on the other end of the spectrum to the ideals that the western explores in many cases. 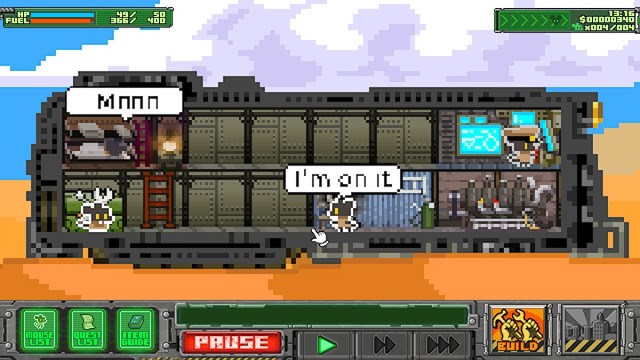 Arc System Works is a Japanese developer, trying very hard to capture that western aesthetic and tone in Of Mice And Sand. It does a great job with the aesthetics, is must be said – the lonely stretches of desert, wastelands and other regions, and the run-down nature of the occasional spot of civilisation are all spot on. This was originally a 3DS game, but its pixelated nature means that it blows up to the Nintendo Switch gorgeously, and the little mice characters all run around with a great deal of personality.

And indeed the game doesn’t want to be taken too seriously. There’s a clear effort to fill every moment with light-heartedness and humour, and on that level, too, Of Mice And Sand succeeds. But the game also never feels like anything more than an appropriation or a shallow copy of an existing style. Once that initial charm disappears, Of Mice And Sand doesn’t have a great deal of substance to it. There’s certainly no story – you’re told at the start that your mice are on a journey to try and find a nirvana, but it’s very disinterested in getting involved in your quest to find this new home. There’s some emergent storytelling from the player around how they go about building their mobile home by cobbling together scrap gathered from the wasteland, but ultimately this falls short of what I really wanted from the game. Sheltered, released a few years ago now, also managed to turn simple pixels into something that really punched players in the guts. I wanted to get far more into Of Mice And Sand than it would let me.

Gameplay, too, is elegant, clean, and just a little too simple for its own good. You’ll start off with a crew of two mice, and a hollowed-out land ship, with just enough resources to build an engine, a bridge (to pilot the ship), a rest area, and a workbench, to use to produce more materials. From there you’ll assign one mouse to pilot the ship from one pocket of civilization or area of interest in the wasteland to the next, and the other mouse will set about producing the kind of resources that will help other denizens of this lonely world (earning you cash to buy critical food and fuel), and expanding and adding more rooms to the land ship. This in turn attracts more mice, and you can get more done, and survive ever-greater threats that you encounter out there in the wilds. 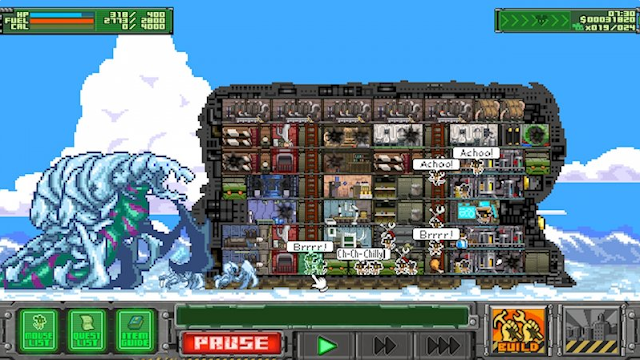 It really becomes a moving city after a while, and the simulation gameplay loop of Of Mice And Sand is really appealing. Making sure that you’ve got the resources and solutions to handle the wastelands gently escalates in challenge, and while the game isn’t ever outright difficult, it’ll test you from time to time. This is especially true given that you’ve got to work on a timer; spend too long in one place and eventually massive monsters catch up to you and it’s game over. Cleverly the game doesn’t actually represent that timer in the UI, and you never quite know how long you can spend somewhere, making for some tough decisions at times – do you hang around a lucrative area for longer to access more loot and resources, knowing full well that there’s a doom behind you that could catch up at any time? It’ll make you sweat at times, especially when you know the next stretch of wasteland you need to traverse will be particularly brutal on your thin resources.

Indeed at times I was reminded of that wonderful scene in Lawrence of Arabia when Lawrence decided to risk a crossing of a brutal and inhospitable desert to deliver a surprise attack a critical military outpost. The sense of anticipation of knowing how risky the journey is ahead is genuinely exciting. The genuine frontier setting, the lack of safety – all these things conspire to give the game a great sense of tension at times.

Sadly, the games just too easy to really sustain the tension of the many threats that the mice face on that ground. It has its moments, and the game’s not going to go easy on you if you make mistakes, but there’s too many limits placed on what you can build and do to really test your strategic creativity. It’s an accessible game as a result – especially when compared to similarly-structured games like Sheltered – but, again, in the longer term you’ll be itching for something more. 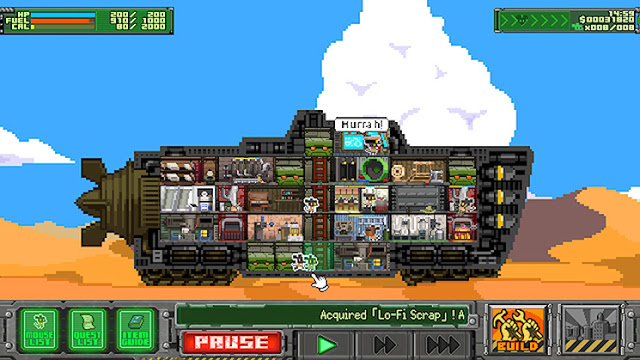 One thing worth noting for people who have played the 3DS version of Of Mice and Sand is that there are additional events and places to visit in this game, which adds to the experience significantly. Among the other things mentioned above, the original Of Mice And Sand was too brief for its own good, and on that account, the game is now where it needs to be.

The bigger screen and better resolution of the Switch makes Of Mice And Sand the game it wanted to be. The extras added into this edition makes it the definitive version. It’s a very pleasant, enjoyable and entertaining little game, but its biggest problem is hard to get past; I wanted it to be far more memorable. It simply struggles to take its excellent foundations and turn it into something truly special.

We’re back! Nintendo Direct, Dark Souls and what we’re looking forward to in 2018!

Two Point Hospital just looks like the most delightful fun