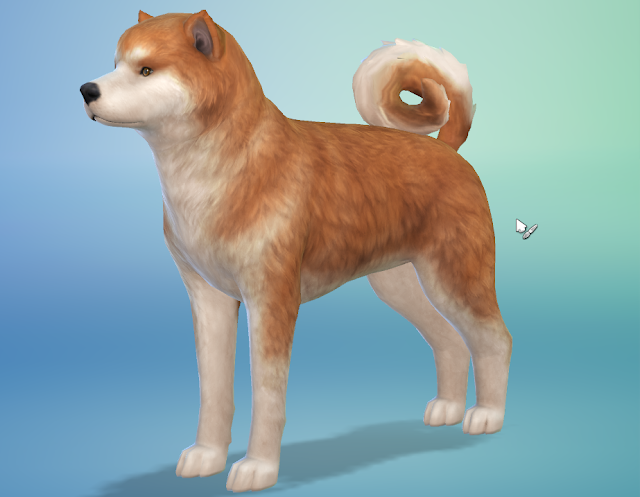 My favourite dog breed is probably the Akita. I had plenty of pets growing up, and more than a handful of dogs, but none of them were Akitas. I was on holiday as a kid in Japan and I saw one being walked outside my hotel; as they say, the rest is history. I’m not sure what drew them to me, mainly because I can’t just narrow down one particular thing that makes the breed so beautiful. It’s too hard to pick between their fluffy chests, their large eyes, stout snout, and their curly plumed tails (and I haven’t even talked about how intelligent, loyal, and expressive they are). While it may be near impossible to get breed-standard perfection in dogs in real life, there’s absolutely no barrier to that in Sims 4: Cats and Dogs, much to the delight of my inner child.

I started Sims 4: Cats and Dogs with the goal of creating my own perfect Akita. I decided I’d call him Pepsi, as per the wishes of my seven-year-old self on a brisk Tokyo morning, and I think I spent close to two hours getting his looks and his traits right. Creating a pet in the Sims 4’s latest expansion is incredibly similar to making your own family of humanoids (which I spent another two hours doing); you can customise their appearance right down to the shape of their jaw, and you can decide if they’ll be spending their time being obedient or pushing dishes off counters.

The system for designing your favourite pet is as comprehensive as the one used to design your virtual human self. You’ll pick either a cat or a dog companion, or both if you’re looking for a little challenge, and you’ll then be able to pick a starting breed to work with. There’s a truly stunning variety of breeds to start with for either type of animal, and it’s worth noting that while the breeds are of the domestic variety, you could choose to add a dingo or a raccoon to your household for a bit of a walk on the wild side. 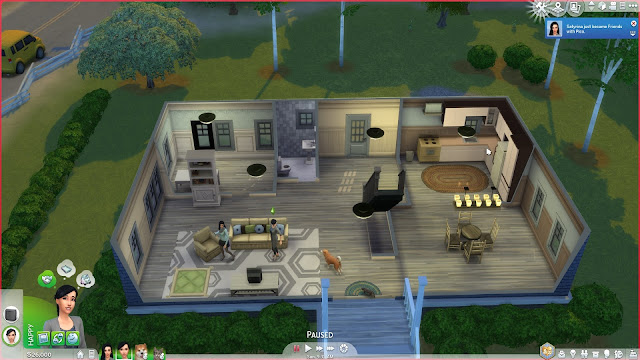 There’s the usual ability to choose body types, hair types (or fur, in this case), colours, and to tweak the dimensions of your new pets using the Sims 4’s trademark sliders. Those wanting to do a little more can choose to subject their furry friends to any number of costumes or graffiti – I can’t say that I’d want to draw a huge dollar sign on my dog or to squeeze them into a shark outfit 24/7 but this being the Sims, there’s something for everyone. It’s a more refined customisation system than previously provided for on Sims 3, but it’s nothing that screams of originality.

Luckily for us, the fun doesn’t stop there; the expansion has integrated itself into the base game in ways that expand beyond various items of pet-patterned clothing and the pets themselves. You can now give your Sim a trait which means that they aspire to befriend all animals, which is a natural fit, and it ties in well with the multitude of in-game features that were introduced. While you’re not able to take direct control of the animals and to force them to undertake particular actions, the newfound independence of the pets in Cats and Dogs makes them feel more realistic. While the old system worked on leveling up certain skills in your pets, it’s a little more hands-off here; it’s about being a responsible pet owner, and not about playing as an adorable dog.

The main means of interaction you’ll have with your pet are a variety of actions that will come up when you click on them. Chief of these is the ones to do with training. The real impact your character selection traits have on your animals is when you’re measuring their receptiveness to these sorts of things. Basically, as with any new household pet, they’re prone to misbehaving. You have the option to train certain behaviours out of them via repeated scolding each time you catch them doing it, but some animals are a little more stubborn than others. 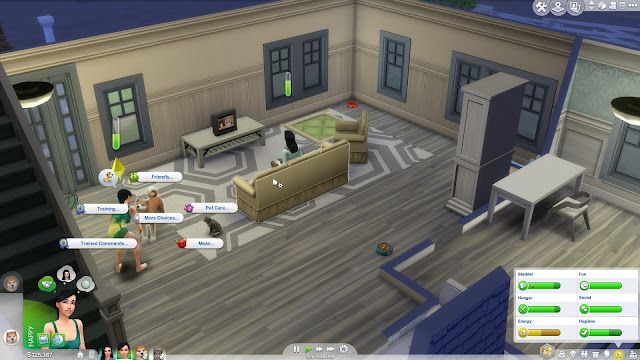 My Akita learned how to sit and roll over within the space of a few days, but the housecat we had would persist in eating unhealthy amounts of mac and cheese off the counters and I don’t think I’ll ever be able to stop him. You can tell your pets off, reward them with treats, brush them, and do all manner of adorable things. They’ll always have a bit of an independent streak, however, and you’ll find them rooting around in the trash more times than you can count.

If you’re getting a little tired of the antics of your chosen pet companion at home, you’ve got the option in Cats and Dogs to immerse yourself in the woes of other pet owners. If it sounds like a load of extra work, that’s because it is; you can open up a vet clinic. It’s not quite the same as how the Sim 4 careers work in their expansion; it’s very much about running your own little pet rescue haven.

The vet clinics provide their own variety of minigames when it comes to diagnosing issues with your neighbour’s German Shepherd, but the real fun to be had is in designing them. Much like your dream home, you can outfit your clinic with a number of pet-themed accessories and you can even design a beautiful garden to attract more visitors. While some of the clinic’s machines looked a little dodgy for my taste, operating as an unlicensed vet does mean that you’re probably held to a lower standard than others. 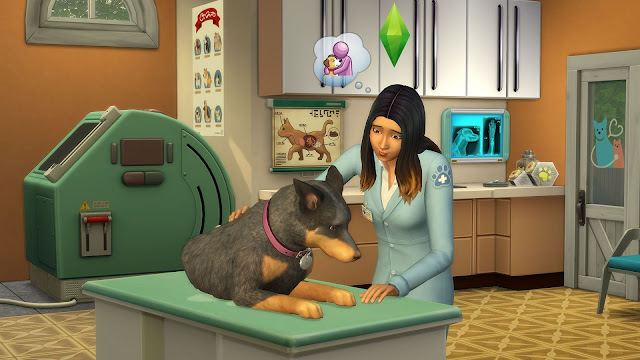 Once you’ve gotten a few days of being a vet, you’ll probably want to pass the bulk of the work on to animal-loving employees who roam the streets of the expansion’s special world – Brindleton Bay. To make the most of the expansion, setting up in this world is a must. It’s got a number of specially designed suburbs that feature either cats, dogs, or a mix of both in their local ecosystems. All of the locations are unique, and they’ll have different traits which attract cat or dog owners, strays, and ones which even help your pets breed more.

I picked the non-controversial Sable Square which had a little bit of everything, but the premium real estate in Whiskerman’s Wharf looked absolutely stunning for cats lovers (there’s even a hidden mini game). There’s no end of themed activities, whether it’s befriending strays to adopt or taking your canine champion for a lap of the dog park’s obstacle run. All this is par for the course in terms of a pet expansion, but it’s been executed thoughtfully and thoroughly.

Overall, Sims 4: Cats & Dogs was an inevitable addition to the current arsenal of expansion packs that the game currently has. However, the fact that we knew it was going to round out the base game doesn’t make it any less enjoyable. There’s not a lot about this expansion that reinvents the wheel; the franchise has been around for almost two decades now, and each iteration essentially gives you flashier and more refined ways to enjoy old systems. The animals are realistic, have their own inscrutable temperaments, and sometimes live to frustrate; that’s their charm. You’ll be hard-pressed to find someone who doesn’t love hanging out with cute critters, and Cats & Dogs is yet another great addition to a consistently high-performing saga. Also, Akitas are the best.