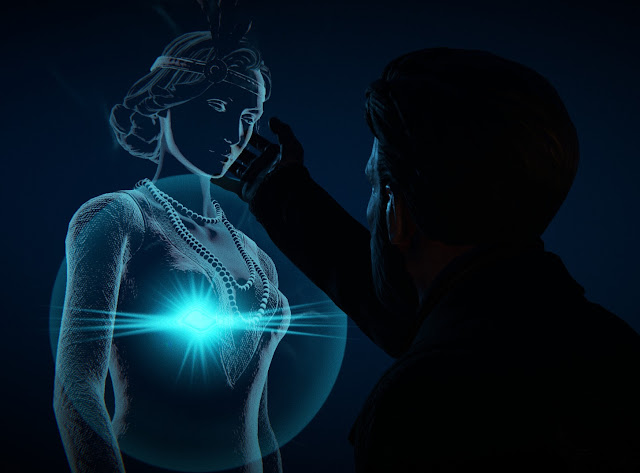 A game like Black Mirror getting a high profile re-release in 2017 is surely reassuring proof of the health of the games industry. Starting life as a point-and-click adventure game in 2001 as The Black Mirror, the series has always been trying to find its voice as a gothic horror adventure game – and with the 2017 release the grand vision has never been closer to realisation. That being said of course, gothic horror is a niche within a niche, so much so that I’ll spend some of this review explaining how to properly enjoy this game, but for those with a fascination for old prose and don’t mind some reading, Black Mirror is like nothing else on the market.

Black Mirror really does have a lot in common with gothic horror literature – the immediate ones that come to mind is Edgar Allen Poe’s The Fall of the House of Usher and, Horace Walpole’s The Castle of Otranto, which is widely regarded as one of the first gothic novels and from which Poe drew significant inspiration. These are stories of cursed aristocratic families inhabiting equally cursed mansions, and an outsider figure drawn from skepticism into acceptance of the supernatural. They are stories which brood, keeping the reader up at night not from terror or shock, but rather unease. The macabre elements are introduced slowly and vaguely for the audience to ponder upon, until their mind comes to far worse conclusions than what the author could actually describe on a page.

Nowadays, gothic horror can seem a tad outdated, especially to a generation who most likely slept through their high school teacher’s dramatic reading of The Raven. Horror now is goreporn and slashers and these are as extreme as the horror of the gothic was typically subtle. The stuff that made the gothic scary for the 19th century audience tends to have a side effect of making it not-scary at all for the 21st century audience, to the point where the horror needs to be explained and it all becomes that little bit academic. What Black Mirror tries hard to do is to get the player into the zone where they’re thinking deeply about the game’s events, and this is done mostly through conversation trees and quiet moments. It’ll be a disappointing purchase for anyone whose definition of a horror game falls somewhere between jump scares and shooting mutant zombies, but for that rare eager kid who sat entranced through The Raven, Black Mirror absolutely nails the marauding tone which gripped audiences in the 19th and 20th Centuries.


It’s not just a “gothic themed” game either, but one which emulates the experience of reading a gothic horror novel to a T. Any developer can slap some crosses, skeletons and creepy organ music into their game and call it gothic-inspired, but I struggle to name any other game which takes such creative risks to adhere to genre conventions as the Black Mirror works overtime to do. You play as David Gordon, heir to the Sgathan Dubh mansion after his father died in mysterious circumstances. Upon arriving to sort out the ownership of the house, nothing is quite as it seems and there’s immediate tension between David and the housekeepers. It’s all quite antiquated in tone, too; it’s set in the early 20th century, and its characters frequently recall references as obscure as Druidic religion and the Picts and Celts. The stories reflect the same ideas of ancestry and aristocracy as the gothic writers did, playing with themes that would alienate modern audiences who aren’t in line to inherit a castle anytime soon. This defamiliarisation allows King Art Games to create a more effective mystery, however, starting the player in a world they are alien to, and then introducing occult and supernatural elements to further toy with the player.

Whereas the previous Black Mirror games have been point-and-click adventures, the 2017 remake jumps into 3D, falling more into line with the Telltale school of adventure game design. The core gameplay remains the same: it’s a routine of finding the right place to go, solving a puzzle and hearing the characters give exposition before moving onto the next part of the story. The benefit of the extra dimension is that the player gets to properly traverse and experience the game’s space – and since the mansion in this story is as important a character as any of the human ones, I call it as a welcome change. Unfortunately, small camera issues weigh down what could have been a triumph: the PC version uses a fixed camera which sometimes allows great transitions and other times hides plot relevant information. Objects which can be examined show up as little white circles until you’re close enough to interact with them, but this often involves lining up a sweet-spot that’s oftentimes fickler than it needs to be. The leap to 3D also amps up the loading times a bit.

The puzzles aren’t always inspired, but at least they have a narrative reason for existing. The late John Gordon needed to make sure that his discoveries about the house’s dark secrets were found by his son and nobody else, and so he hides information behind leaps of logic that only his son… ahem, the player, would reasonably pick up on. There are the standard combination locks, button sequences and use-the-right-tool’s that are hallmarks of the adventure genre, but at least here they don’t feel like contrivances the developer have materialised so the player feels like they’re doing something. Instead, each successful puzzle solution also yields a morsel of information about the character who designed it, which goes a long way to stifle the tedium that might arise from similar sections in other adventure games. 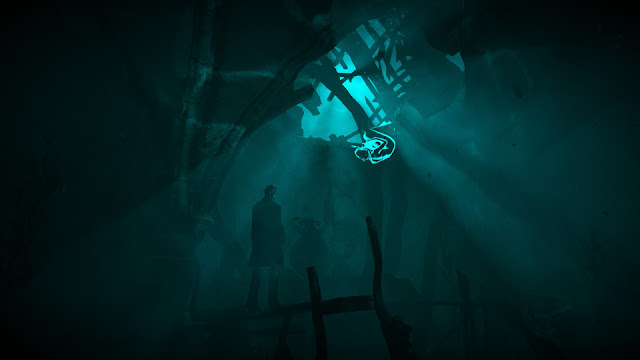 I quite liked the extra attention to detail which King Art Games places into its environment design. No space in the castle is wasted – every little corridor, ornament and decoration either adds to the gothic tone or reveals something specific about one of the characters. The cast is kept small so the player is constantly reassessing information they know about characters they’ve already met – they’ll be getting nice and suspicious before long. The character models aren’t the most expressive but the voice acting makes up for it, featuring evocative performances delivered in mostly-consistent regional accents which help the player make their own judgments about the characters. It all reflects the gothic idea of distrust and unease: the narrative is complex and requires some work to understand, but those who are fond of such exercises will find much to like in Black Mirror.

I imagine most reviews will find fault with the gameplay, which is sparse, uninteractive and largely linear, but very appropriate for the narrative King Art Games is trying to tell. There’s lots of walking, examining environmental details and getting lost – the game isn’t kind enough to offer you a map or waypoints. I found that these moments add character while forcing the player to think for themselves, and plus the game’s map isn’t so big that exploring every nook and cranny will take an eon. Things do become more obtuse after the first chapter though, requiring larger leaps of logic and a thorough understanding – and interpretation – of the game’s plot and characters. Again, it’s not bad, but it is going to be more of a challenge than your average adventure game.

What I did find contention with was the occasional action sequence, in which David can die, and the player will be kicked to the previous save point and probably have to repeat some expository content which had no relevance to the reason why they died. These moments honestly made me want to exit the game and not return for a day or two. The game’s engine does not facilitate action sequences at all. The WASD movement keys aren’t precise, and the fixed camera isn’t always going to show you exactly what you need to do – which is fine for exploration and problem solving, but not for decisive movements under pressure. These action sequences are few and far between, but they appear without warning and never fail to make the game worse when they do. 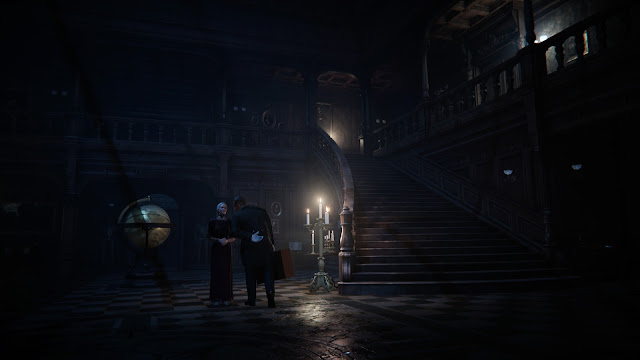 The game as a whole does weigh in on the short side, but it does this due to a tighter, more streamlined story and an absence of the arbitrary difficult puzzles that normally signal the end of a point-and-click adventure game. Aside from the aforementioned terrible action sequences, there’s little repetition and the player will always have one or two plot threads rattling around in their head which keeps the exploration buoyant and directed. The pacing is well done and builds towards a satisfying climax – and the length becomes more justified once you consider that the game’s source material tends towards being short stories or novellas which can be started, and finished in an afternoon. I can’t imagine any other way to adapt a gothic narrative as a conventional 12-15 hour game aside from splitting it into multiple vignettes or padding it until it’s no longer palatable.

This all goes to show that while Black Mirror is skilfully crafted and wonderfully researched, it’s not going to hit the right notes for many players and so it’s best to understand the niche appeal before diving in. Fans of the original Black Mirror trilogy might be a bit confronted by the changes made for the modern reboot, and fans of the modern, gun-heavy approach to horror games might be confused at the perceived lack of interactivity or player agency. I think there might need to be an appreciation of gothic literature assumed for the audience before they can enjoy Black Mirror to the fullest, and that’s already a pretty high bar for entry. Once you’re into the right mindset though, this is a game which will capture your attention and keep you guessing even after the credits have rolled.