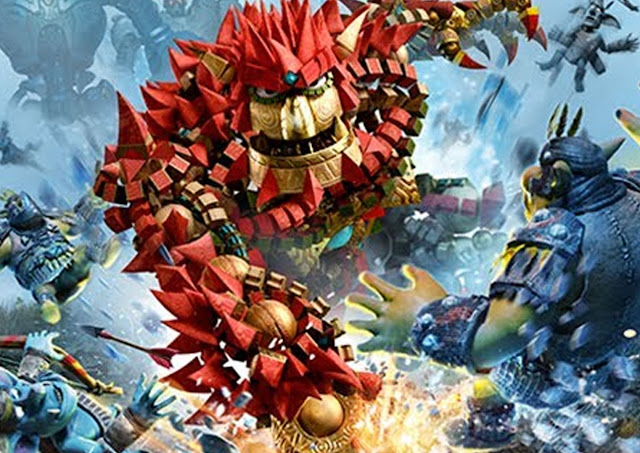 Knack’s original adventure launched alongside the PS4 back in late 2013. Back again, and this time looking to offer more than what seemed to be a tech demo, Knack 2 starts off years later with the world’s future not look promising as robot hordes march through the metropolis of New Haven.

Knack 2 is an improvement over its predecessor in just about every area. For those that never had a chance to jump into it, Knack, the titular “hero” and protagonist, is an artificial creation made from what are known as relics in this fictional world. Able to absorb these relics in to make himself larger and more powerful, you get to guide him through various stages with both combat and puzzles to keep your fingers and your brain stimulated.

The original Knack didn’t take itself overly seriously, with very cheesy dialogue that worked to some degree with the softer animation style that was chosen. The second seems to want to follow this but also tries to be more mature about it with the inclusion of a whiny brat known as Lucas who was primarily the doctor’s assistant in the first. He’s more important this time around. Following the adventure of Lucas and Knack you honestly have to wonder, why is a being this powerful putting up with this whiny pubescent teenager? The answer to that particular question I don’t know but the buddy-buddy nature of the narrative does affect its overall flow, and not for the better. 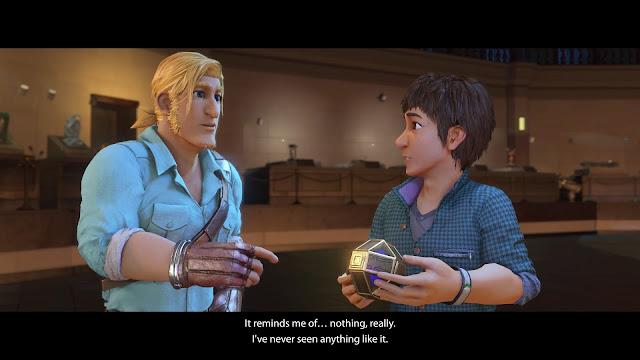 With this attempt in being more mature – really bad dad (or uncle, thank you Ryder!) jokes aplenty aside – there’s a charm that was lost along the way. Lucas really is this whiny little brat that you spend more time wanting to simply slap upside the head and tell him to grow up (I really can’t emphasise enough how much I don’t like that guy). A metaphorical slap thankfully does happen but even afterwards he’s still moody as one that age can be (let’s be honest we’ve all been there) and it just gets in the way of the great gameplay that lies underneath.

The developers really capitalised on Knack’s design this time around. In a clever move, Knack’s absorbed relics can be seen strewn across the ground shrinking his size as he takes a hit until it all comes back together bringing him back to full size and health. One of the core concepts of Knack as a character is the bigger he is the tougher and stronger he is. Losing these pieces makes it easier to fall to an enemy’s hand as he really can’t take the punch once he’s shrunk down to more human sizes, which is where the fun comes in.

Knack without any other pieces is a grand total of 2’3”. Once he absorbs relic pieces from crates and the like he can then basically grow exponentially which has to be terrifying to anyone standing in his way at 32’. As size isn’t everything, Knack can shed the extra at any point in time in order to fit through a vent, slide under a door, dodge a trap or put it instantly back on in order to make a higher leap. 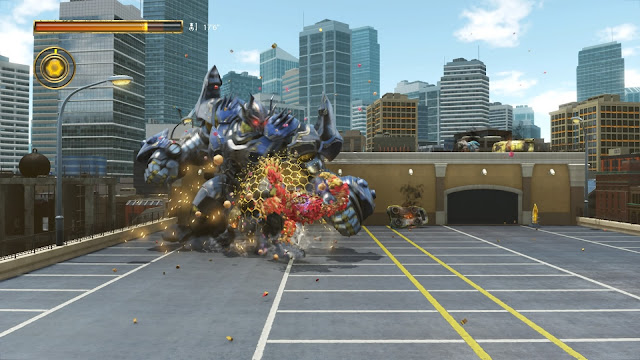 One odd note that I found to the benefit of Knack 2’s more mature approach is the way that I was led to question what Knack himself was doing. Running through a city on the way to the boss, and destroying everything in my path I felt like I was clearly the bad guy as I was essentially killing people that were simply trying to defend their home. That this is even presented is a step forward for the franchise as previously the hero could do no wrong as he cut down along the way of the adventure. On the other hand, it’s not done well enough. Too often the questions the game is asking is simply glossed over with more “hero” montages justifying everything that you’re doing.

Knack 2 also outstays its welcome, and the developers didn’t seem to know when or how to finish it. There were multiple instances which would have been perfect to allow the game to finish, but instead, Knack’s newest adventure uses a similar trick that we see in the Uncharted titles, where there’s a crescendo of drama before the narrative mellows down again… and then ramps up again just when you’re thinking the overall plot might be coming to a finale.

While that structure works for the other series, here it just felt like the developer was throwing stuff in to pad out the gameplay. It’s not that these story arcs are bad, but Knack 2’s episodic structure would have benefited either from tighter writing, or being released as an actual episodic game. 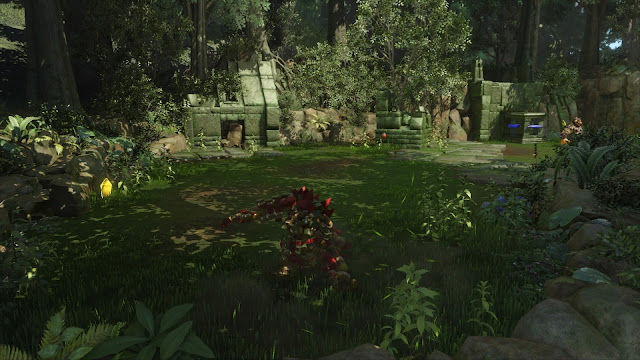 On one hand I thought that the sequel to Knack was an amazing experience while on the other I can clearly see the flaws that get in the way of that very statement. It’s not a bad title but some of the narrative choices didn’t sit well at all. It’s too unfocused and really struggles with tone and pacing at points. Is it worth picking up? Yes. The dad jokes and the gameplay are great for hours on end, and now we’re starting to see the vision for Knack starting to come together.

The fast five with Lee May: One of the team bringing us Hand of Fate 2