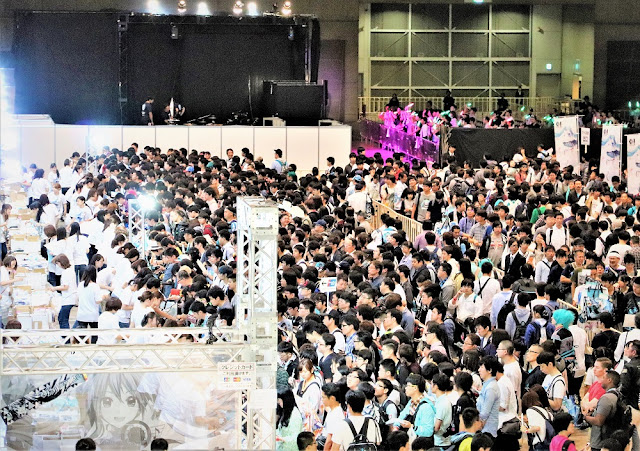 The first major thing I did on my trip in Japan this year was attend the annual Hatsune Miku Expo and concert that is held at this time of year. It’s a special year, as it’s the tenth anniversary since Miku herself was unleashed on the world, and the fifth year that these expos and concerts have been on. And boy was it something spectacular.

With ten years behind her now Miku has developed something of a Disney-esque sense of “magic” behind her. The heritage is there, and she’s been a part of fan’s lives for long enough now that, in addition to people enjoying her – and the other vocaloids – for what they are, there’s also that sense of nostalgia about it all; people have fond memories of discovering Miku for the first time and being on that journey with her that has evolved to become something warm. Something special. This was played to full effect in the concert, with a very Disney-like book-and-musical-note motif popping up at various stages to subtly emphasise the heritage and Mickey-like stature that Miku has. Additionally, the music set list included some of the very earliest popular Miku tracks, which is somewhat uncommon; in previous concerts I’d been to it was rare for more than one or two to be what you’d call “nostalgic.” They generally focus more on the modern music.

The guy next to me – a wonderfully friendly Taiwanese fellow – admitted to me at the end that he teared up through the concert. I empathised. Miku is not just a curiosity to people now. She’s meaningful, important. A part of their lives. 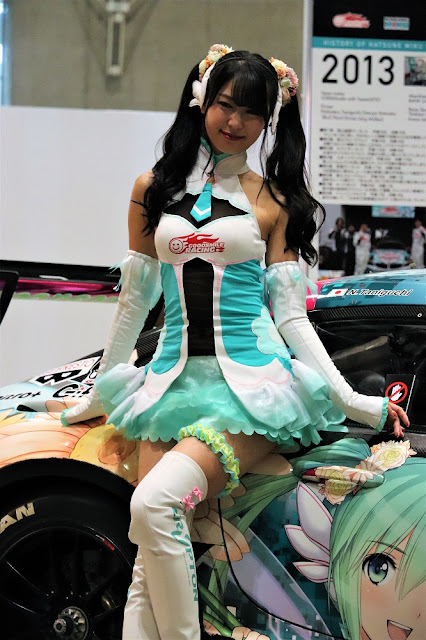 There was a line up of at least three to four hours long from the moment the Expo’s doors opened for a Miku goods store that had exclusive items to the expo. That line, if anything, grew through the day. Outside of the Expo, there was a real treasure hunt on as one major convenience store chain was offering two exclusive Miku clear files for people that purchased around $10 worth of stuff. Those clear files were cleared out by early morning, at just about every convenience store. I was lucky – I got one in the morning rush, and then was able to find a tiny store in a very out of the way place that had one of the other left on the trip home. It really was a treasure hunt; people were running around in their Miku cosplay like crazy trying to find these things.

A major shopping mall that was around a 15 minute walk away from the expo had a large number of Miku fans wandering over to it. I followed, and there was a special pop-up store in the heart of the mall that had yet more exclusive goods to nab there. Yes, there’s a lot of consumerism around Hatsune Miku, there’s no denying that. But that’s simply because she is loved so much by her fans. Life-sized statues set up around the expo had flocks of people with their cameras around her, taking photos like she was a superstar on the red carpet. I love this visual, every time I see it, as it’s proof positive that the way people respond to Miku is every bit as they do to real celebrities. It’s a great point of discussion right there.

And the cosplay. So much cosplay. Men, women, young and old. I’ve said this before but of all the fan communities I’ve seen or participated in, the Miku/vocaloid audience seems to be the friendliest and most ego-free of all. They’re almost all good people and these events have such a good spirit to them as a result. I’ve written at length about the concerts over the last couple of years. They are incredible experiences and I really recommend people go along to them. Even if you’re not the world’s biggest fan of Hatsune Miku herself, there’s something so completely intriguing about an audience of a solid 6,000-8,000 sharing in a mass perception that the being on stage is a “real” celebrity. They cheer and chant as though she were a human rock star, and it’s something I have found fascinating from a sociological perspective since I first observed it for myself.

Rather than cover that ground over again, I thought I’d write a little more about the expo this year because, as consumerist as it can be, it’s also evolving into a really compelling resource for Miku fans, regardless of their actual interest in her. There are a lot of ways to actually participate in the culture that has built up around Miku. This includes, but is not necessarily limited to:

1) Actual music production
2) Cosplay
3) Art and/or costume design
4) Animation for the music videos Miku appears in
5) Writing about her (hi, everyone!)
6) Consuming Miku music, art, and so on 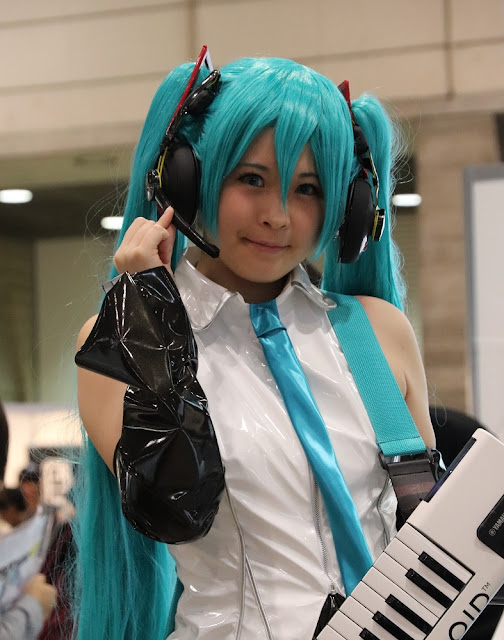 The Expo works hard to be informative to all these groups. Whether it’s lectures in cosplay or art, chances to meet and speak with top (commercial) producers, tracking the history and development of Miku, or simply voting in the art that will appear in the 2018 calendar, there’s simply too much on each day to see it all, so you need to be selective based on what you are interested in.

All the various bits of Miku culture also come together. Naturally Yamaha’s there selling the vocaloid software and giving people basic instructions on how to use it. New this year is an application for iOS that lets you edit Miku lyrics on the go; it’s Japan-only at this stage, but I hope it gets a global release, because it’s something I’ve wanted for the longest time and it will help me a great deal in putting together Miku music of my own.

Meanwhile, Good Smile Racing was there showing off the championship cars, Miku decal and all, that they actually race in. I really like the Racing Miku annual costume designs (they’re generally the sexy ones), and each year at the expo Good Smile reveals the winning design for next year. This year there was an added surprise: There will be Racing Luka designs each year too. I was a bit disappointing that it wasn’t Racing Rin instead, but I’m sure she’s on her way. 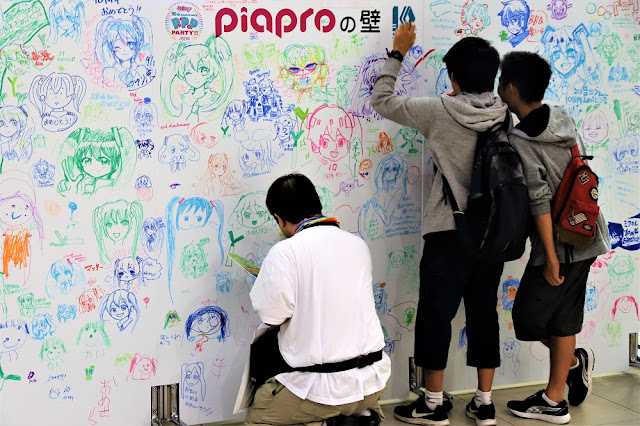 And then there were all the little community events that helped keep the spirit of the event positive and busy. There were walls you could write little messages to Miku on. There was a giant map you could dot with where you’ve come from; for the record there were a lot of Europe and America, a smattering from Australia, New Zealand and South America. Sadly Miku doesn’t seem to have made much of an impact in Africa just yet.

Every year, Hatsune Miku becomes a bigger and bigger deal, and she’s a genuinely important part of Japanese culture now. No longer is she one of those hobbies just for the otaku, either; one of the final things I observed was just how much Miku is for everyone now; the young and old, men and women. Crypton’s efforts to make her something for everyone has really paid off, and I suspect she’s got a long way to grow yet.