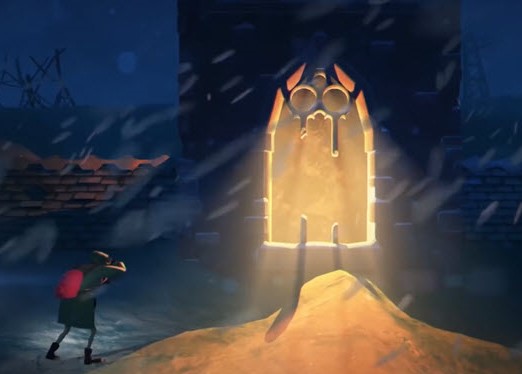 Impact Winter is a game about absence – an absence of colour, an absence of faith, and an absence of direction. In a games market usually saturated with riotous colour and narrative pomp, Mojo Bones’ offering stands in stark contrast to other competitors; whether this difference hurts or helps the title on the balance of probabilities, it’s hard to tell.

The plot premise is simple. You, robot caretaker and scavenger extraordinaire, are living hand to mouth with a ragtag group of other survivors in an abandoned church. All of your companions are strangers brought together by circumstance, namely, the obliteration of life on Earth as you knew it after an asteroid struck and brought eternal winter. The end goal here is to survive long enough (exactly 30 days) to be evacuated from this dire situation.

From the beginning, everything is bleak. The radio signal you received about help being on the way was crackly, weak, and distorted. The belief that you’ll be rescued in 30 days is just… accepted, you suspect mostly out of a sense of desperation. It’s cold in the church, and you go through the motions of dismantling furniture for firewood, conscious of the fact that there are only so many wooden chairs lying around in your sanctuary. Someone makes beans and rice, and hands you a few sloppy portions. Your stomach grumbles, but you make sure that it gets put into everyone else’s rations; they’re listless, and they need it more than you do. When prompted, you reluctantly choke down a bit of raw meat so you have enough energy to get outside, only to be greeted by an endless landscape of knee-deep snowdrifts and the soft, pulsing soundtrack that sounds like a forlorn sonar. Like it, you remain, forever searching. 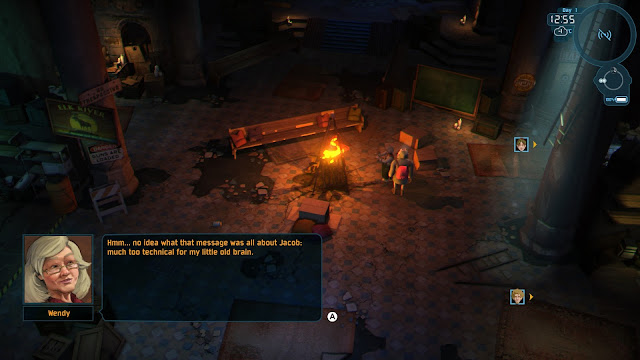 That’s how the rest of it goes, really. Scored by Mitch Murder, Impact Winter is an exercise in noticing the small things. It makes sense if you think about it from a wider perspective; when all you’ve got to be sure of is that you’re going to die one day, the small pleasures are all the more valuable. This train of thought is well-layered throughout the execution of the game, but it stops and stutters when delivering emotionally because of the unfortunate glitches.

First, there’s Murder’s soundtrack. Much in the vein of Dungeon of the Endless’s atmospheric construction, where the electronic score relied on frittering bass undercurrents and tightly constructed upper register echoes to create a sense of claustrophobia, Impact Winter’s is an exercise in expansiveness. It has a momentum which ebbs and flows as you get closer to locations or NPCs of import, but while it has the same fundamental principle underpinning the scores done by FlybyNo in the sense that it is intensely atmospheric and almost reactive, Murder’s work is a lot more restrained. A drum beat here, delivered as a one-off means of punctuation. After all the silence, it sounds like a gunshot. For all its environmental sparseness, there is a constant pulling apart and piling on of sound, and otherwise soothing layers become almost discordant as new elements are introduced over time. The music reaches its own swooping, chilling climax when you’re furthest from home, which in itself is a masterful exercise in atmospheric storytelling. You’re chilled to the bone, and not only because it’s bloody freezing outside.

On top of the music, is the use of colour. The soundtrack fizzles, crackles, and dies down to a whimper with the passing wind. Snow passes like a treacherous blanket across your screen, and when visibility is clear again, you see a hut poking out of the distance. A small square of the roof stands out against the pristine landscape, and you’re filled with relief; the majority of your exploration takes place against various shades of grey. Passing the same half-buried landscapes over and over is disheartening, but your heart leaps into your throat when you see a bobbing light in the distance, and hear the soft groan of a pack animal with its master. You aren’t alone. What a relief. When you bed down in the church later that night, you do so to the distant glow of the fire, a fierce orange proud amongst the dirt and the grime. Feeding the fire is one of the most important things to do in this game. I can forgive it being a rather clumsy metaphor for the hope and morale of the other survivors because it’s believable – they’re dead-eyed, trapped, struggling with survivor’s guilt and in need of someone to believe in. Is it any wonder that the only thing they can take pleasure in is keeping warm? It’s easy to get into a routine when playing Impact Winter – living day to day with warmth and food as an overriding goal is relatively safe, and soon your actions become rote. However, before you get too comfortable or complacent, you start to get little reminders that your safety comes at a price. 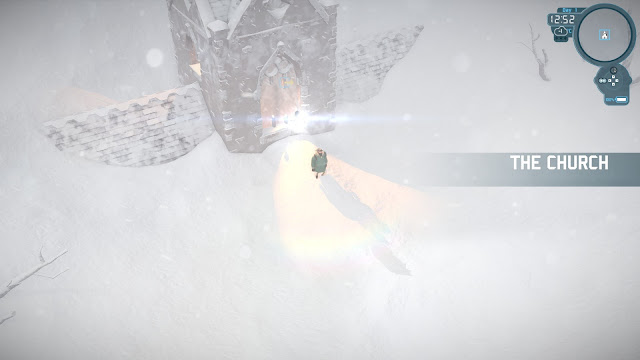 The emotional pay-off, in that sense, is nothing to scoff at when encountered the first few times. It’s very easy to forget that there are other survivors out there who don’t live in your cozy little enclave, and it’s when you come across the remnants of lives that used to be that the game delivers best. I felt the same way about Horizon: Zero Dawn; the best parts of the narrative were finding old tomes and artifacts, and reading about a world long dead. Here, you’ll stumble across an abandoned home, in dire need of food and shelter. The door swings open and it’s straight to business, emptying out drawers and collecting as much junk as you can carry. You almost don’t notice the house’s previous inhabitant, propped up innocuously in a corner, preserved by the very weather that likely killed him. It’s confronting when you do. You start to wonder how long ago it was that he died; maybe if you’d come this way 2 days ago, he might have been saved. You know that you aren’t going to put any of the stuff you’ve taken back, because he won’t need it where he’s gone. On your way out, you notice a plea for help, swaying in the breeze. You leave wordlessly, but the memory stays with you for longer than you want to admit. It’s these small touches, peppered throughout the otherwise banal daily exploring that make you really want to pay attention for a while.

Unfortunately for Impact Winter, the charm of these small pleasures has an expiry date. While the soundtrack is consistently faultless, I can’t say that same about the encounters out in the wild, and 20 in-game days of exposure to the same muted palette is a surefire way to dull the effectiveness of occasional colour-blocking. What lets the game down the most, perhaps, are the various bugs. The strength of the game that has been so clearly celebrated and deliberately manufactured by the developers is its atmosphere. For said atmosphere to work its magic, it not only has to be consistent and organic, but immersive. You need to feel like time is running out. You have to feel like there’s nothing left for you out there. It’s hard to do all of those things when something as simple as looting the right crate is an issue; trying to mouse over one crate and having another across the room light up when my cursor was clearly at the former was frustrating, and it happened more than once. Looting a room with multiple surfaces? Almost not worth the headache. There were also multiple issues with textures not loading correctly when you encounter objects outside, the classic bug of glitching irreversibly into invisible terrain, and a freaky one where travelers would glitch over large crevasses. The moments where I felt gut-punched by the story were poignant, but when the times in-between were punctuated by these breaks in the immersion and when the main story was held up by my inability to walk to a particular area thanks to said terrain, being emotionally invested in the narrative started to become more of a chore than anything.

Impact Winter is a beautiful and thoughtful game, and at least initially, it ticks all the boxes in terms of emotional delivery, narrative execution, and sheer atmospheric mastery. However, the mechanical flaws are an unfortunate counter to the ambition and care that has gone into the title. When a game’s sole selling point and clear focus is environmental storytelling, it has to have a flawless working environment from which to fulfill that goal. Here, that isn’t the case. If you enjoy survival games, wait a little longer before you pick this one up. Mojo Games has a good thing going, and it’s obvious that a lot of love has gone into this project; a few more TLC patches and Impact Winter will no longer have a face that only a mother could love.