Square Enix released new information via the official website of Dragon Quest XI: In Search of Departed Time. We now know more about the story after the protagonist leaves his village to fulfill his destiny as the reincarnation of the ancient hero who saved the world. 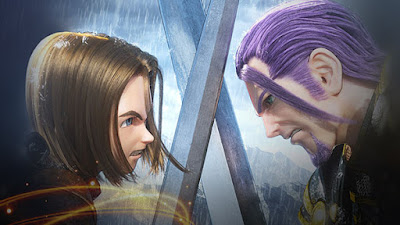 Based on a revelation from his mother, mentioning that everything will be clear if he goes to the kingdom of Delcadar, the protagonist eventually finds himself in front of the king. He tells him that he is the “Hero,” but the king responds “I will tell you who the Hero is.” The truth revealed by the king is that the Hero is the son of the devil. At the order of the king the soldiers surround the hero with weapons drawn. What on Earth could be happening? The story of the legendary “Hero” takes a quick turn and events are set in motion. What could the fate of the hero be?

Dragon Quest XI is due out for PlayStation 4 and Nintendo 3DS in Japan sometime this year. A Switch version is also in development.

Independent studio Ninja Theory has just hit the alpha stage in the development of Hellblade: Senua’s Sacrifice and the entire game can be played from start to finish; the news comes via an update on the PlayStation Blog. However, according to Ninja Theory, there’s still a huge amount of work to be done. While some parts of the game are beginning to look and feel as the studio envisioned, others are still only built to a basic level.

Ninja Theory has released the newest Dev Diary for the game alongside this news, giving a glimpse into Senua’s madness:

All of the performance-capture scenes have been shot and are now in the process of being implemented into the game. Moreover, all of the voice-overs have been recorded, captured binaurally so that you’ll be able to place the voices in the 3D space around you when listening through headphones. The gameplay mechanics are in and are now being refined. The combat system is now complete and set for exhaustive playtesting, and the puzzle experiences (based on the studio’s learnings of psychosis) are now ready for a final art polish.

The team has made it clear it are now moving onto the beta stage of development, where Ninja Theory will focus on the player experience. In the beta stage, they will add “a lot of small details that make a big difference.” After beta, the game will move into its final stage of development, the mastering process, where Ninja Theory will iron out any remaining bugs and ensure the game performs optimally to prepare for launch.

Hellblade: Senua’s Sacrifice is due out for PlayStation 4 and PC later this year.

Siralim 2 finally releases for PS4, PSVita in a few days!

Developer Thylacine Studios announced via Twitter and the Steam Store that Siralim 2 will be released for PlayStation 4 and PlayStation Vita on March 14 in both North America and Europe. For the price of $14.99 USD you will receive a cross-buy version. There is also a cross-platform cloud saving feature, allowing access to your save files across different devices and operating systems.

In his review of Siralim, Matt said the game gave him a “retro-themed nostalgic rush” but that it’s also “much more than a retro game”.

Thylacine describes Siralim 2 as an old-school monster-catching RPG. You can summon and customise over 500 unique creatures to fight for you. Search for rare treasure and use it to upgrade your castle, upgrade your creatures, craft powerful artifacts (over 600 different crafting materials), learn new spells, and much more. You can even breed your creatures: make them lay eggs (Pokémon anyone?) and the offspring inherit attributes from their parents. According to the website, “Siralim 2 never ends. There’s an infinite amount of content, and absolutely no limits or level caps of any kind.”

Siralim 2 is already available for PC, Mac, and Linux on Steam, and also for Android and iOS. The game is designed to be standalone, so no prior knowledge of the first Siralim is required.

Square Enix briefly mentioned last week that a new character was set to join the arcade version of Dissidia Final Fantasy, and that character has been now revealed: behold The Emperor, from Final Fantasy II:

The Emperor will join the cast in the late March update, along with his emblematical stage Pandemonium from Final Fantasy II as well. Recently, Producer Ichiro Hazama mentioned that the game did not appear at the Final Fantasy 30th anniversary opening ceremony event in Tokyo because the console version is not ready to be revealed yet in a form that would meet the expectations of the fans, however the console version is indeed in the works, so we can lower our torches and await the inevitable reveal.

Dissidia Final Fantasy is a reboot for the Japanese arcades of the original Dissidia games (released for PSP back in 2008), and slowly but steady all of the main protagonists and antagonists from the Final Fantasy series are making their way into it.

Aksys Games has announced on its official Twitter account that Falcom’s upcoming action-RPG, Tokyo Xanadu, will release its PlayStation Vita version on June 30, 2017, in North America. 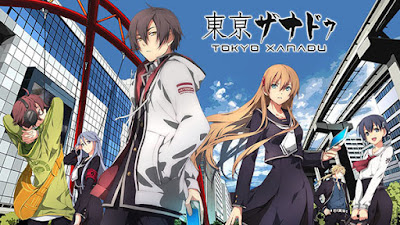 Read the game’s premise below:

10 years ago, a colossal earthquake devastated Tokyo and changed the lives of its inhabitants forever. The city has since been rebuilt and life has slowly returned to a semblance of normalcy. However, behind the veil of this newly rebuilt metropolis lies another world, one with a sinister secret. The earthquake that originally destroyed Tokyo was actually caused by the emergence of a mysterious and lethal shadow world known as Eclipse. Now, action must be taken to thwart the legions of Eclipse and ensure the protection of peace!

An enhanced version of the action-RPG, Tokyo Xanadu eX+, will launch for PlayStation 4 and PC via Steam in the latter part of this year.