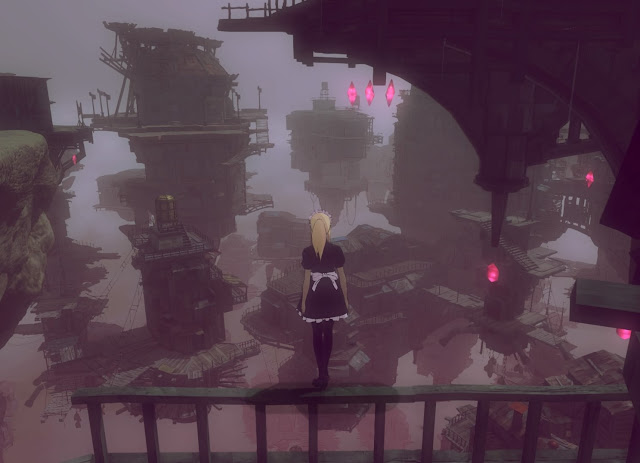 There were a couple of standout features with regards to the original Gravity Rush:

Related reading: You can catch Matt’s review of the original Gravity Rush here.

The sequel, a bigger and more playable game in every way, loses some of the majesty and raw ideology of the first game, though what replaces it is very worthy and highly entertaining in its own right. The work of Keiichirō Toyama, the same guy responsible for Silent Hill and Siren – the smartest two horror franchises going around – it’s perhaps not surprising that this work also struggles mightily in walking a line between vision and commercial potential, and you can see where the compromises have been made to try and shape the franchise into something Sony can support over the longer term, but let’s not take anything away from Gravity Rush 2; it’s still a damned fine game, to the point where it’s a waste releasing it in the middle of the dead month for game sales. 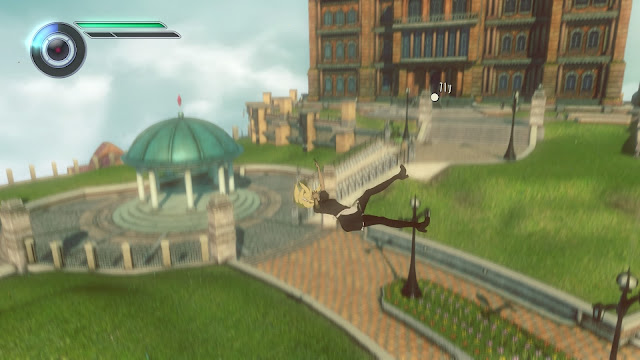 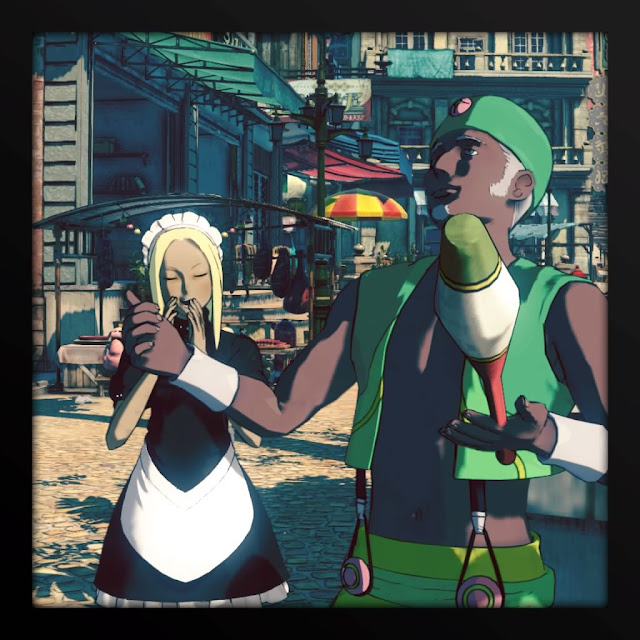 To run down each of the points in order, and highlight where Gravity Rush 2 shapes itself as both similar and different to its predecessor:

The one thing that’s not different between the two games is Kat, who is both adorably cute and sweet, and a brilliant character with a strong moral core. Kat’s one of the few in the game’s world that can bend gravity to her will; she’s able to run on the bottom of ceilings like they were solid ground, or propel herself in any direction she might like with a simple thought. It’s just as well she has this ability, because the world of Gravity Rush 2 is fractured into a series of small islands that can only be reached by flight. More common people use flying machines to get from place to place, Kat simply throws herself across the sky.

She’s a playful girl that loves taking advantage of her abilities in order to help those around her. Gravity Rush 2, as with its predecessor, presents players with an open world to explore, and within that there’s the ability to take on side quests to help individual citizens, or just run through the game’s main plot if that’s of interest instead. We get the best sense of Kat’s character from the site missions, though, and the game offers a lot of humour through them by throwing Kat some truly odd tasks to complete. Taking pictures of pretty girls for the benefit of a sleazy old man? Yep. Sneaking into a military facility to steal supplies for a rebel group? You bet. Unlike in many open world games these side quests have had real effort into making them distinct and purposeful (“collect ten pieces of paper” they are not), and, again, through each of them we get the chance to fall a little more in love with Kat.

She has a strong moral centre and sense of righteousness that gets her into trouble, but also means she’s a Superman-esque hero of the people. Much of the story is indeed told through comic book panels, inviting us to frame Kat in that way. It means the moralising of the game is at times heavy-handed, but only further emphasises the force of purity with which we’re meant to see in her. 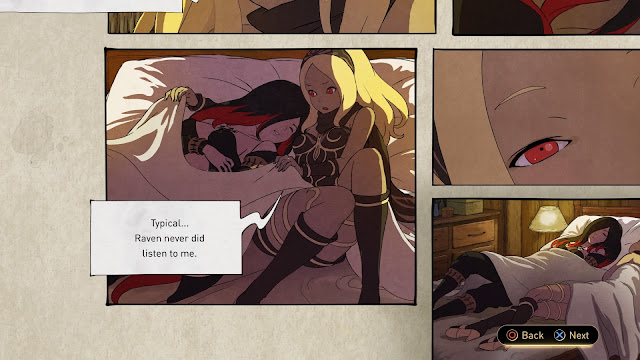 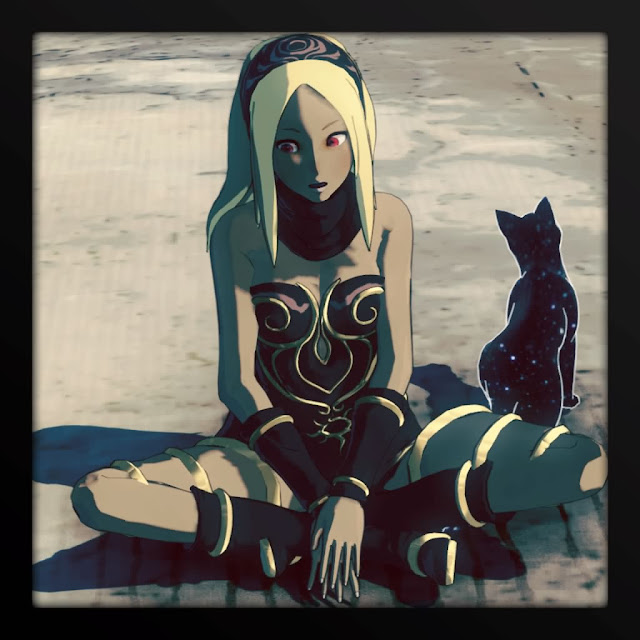 This flows through to her characterisation too. Kat’s never sexualised or objectified, is of an ethnic background (which is never mentioned, but she has a darker skin tone and is clearly of a minority ethnicity), and is never really compromised. Even when the game gets a little fanservicey, like when Kat needs to go around town photographing women, or when you unlock the occasional costume that has sexy connotations, such as a maid costume, it’s only ever playful, never smutty. Game developers as a whole could learn a lot about characterisation from the way that Kat is presented.

2) The plot of Gravity Rush was intelligent and esoteric; Gravity Rush 2’s is more accessible (but still smart)

Gravity Rush’s plot was one of those rare examples of a game that you could write a philosophy PhD around. It wasn’t necessarily the most accessible game out there, in that it made various existentialist themes core to the ideological background, but got around that to an extent by giving players an overt narrative around a fairly relatable Dickensian class struggle. But for all that, the real enemies were almost always ugly monster things – Navi – and it was always a heavily abstracted experience that, I suspect, put more than a few people off.

Though the Navi are still around, and Gravity Rush 2 still has plenty of moments of the esoteric and the surreal, it also places far greater weighting on those Dickensian themes, and that’s reinforced by making humans a significant enemy this time around. Early on Kat needs to make a decision about whether to do a favour for the wealthy elitists floating around in mansions built high in the sky, or the destitute poor, who live below the clouds, in perpetual darkness, eking out a meagre living in the mud and rain. It’s blatantly obvious the choice you’re meant to make. From that point onwards you’re going to be pitted against enemy soldiers and armoured suits that wouldn’t look out of place in a science fiction RPG such as Mass Effect. 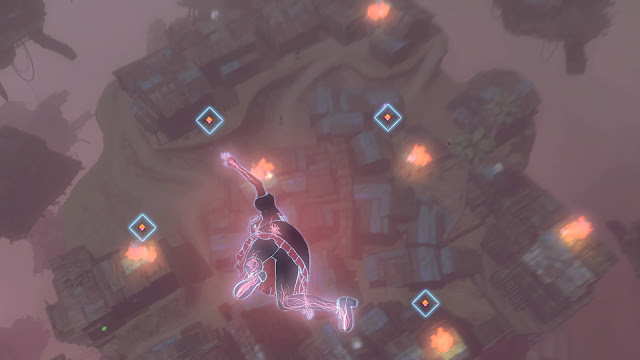 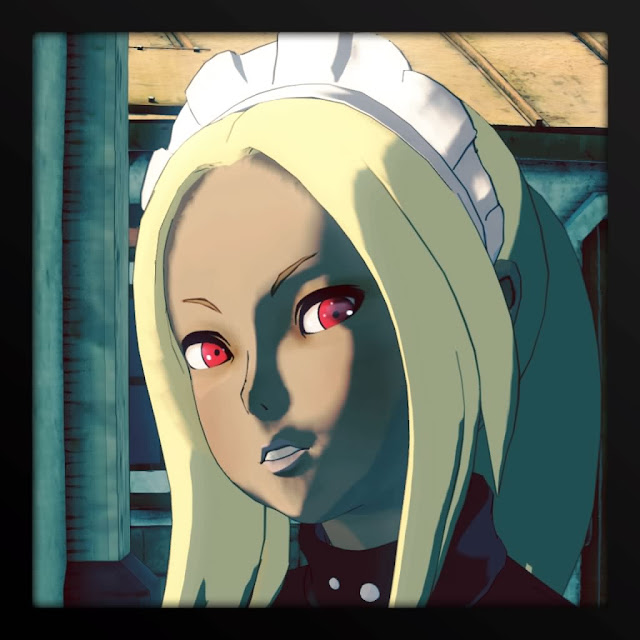 There’s something more familiar about this class war scenario, as acted out between humans and the superhero, Kat. The familiarity should help people get into the narrative, though as far as I’m concerned, the game’s at its best in the later half, when the action (and thinking behind the game) escalates to a more familiar place for people who played the original Gravity Rush

3) The environments are less stylised, but more vibrant, in Gravity Rush 2

The original Gravity Rush was a fine looking game, there’s no denying that, but that was more a consequence of incredible art direction than any technical expense on display. Highly stylised and abstracted as it was, it was a feast for the eyes, for anyone who really enjoys European cinema. For those more into the realism and naturalism of Hollywood blockbusters, it might have seemed a little simple, or even monochrome. The PlayStation 4 HD Remaster of Gravity Rush only clarified that simplicity; indeed that game was a stunning case study in the difference between highly technical “graphics” and art direction.

Gravity Rush 2 still has a “European art film” filter over it. Environments and characters have an extreme cel-shading effect that makes the world look hazy and glamorous, and it’s quite beautiful. It’s also not quite as extreme in this effect as its predecessor. The difference is most stark whenever Kat visits the wealthy quarter in the sky. Here the lush greens and soaring mansions are something else to behold. We’re not talking about anything that will challenge Uncharted for unparalleled realism, but the game does look like it’s taking advantage of the PlayStation 4’s hardware. 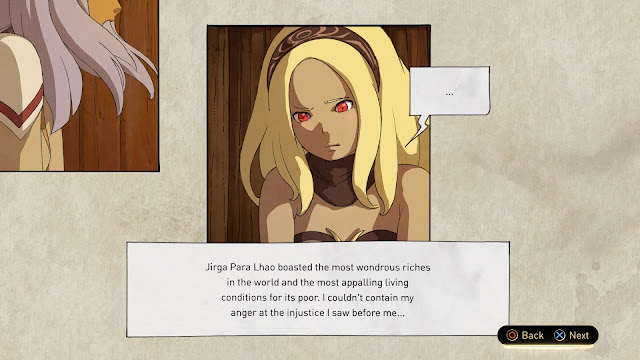 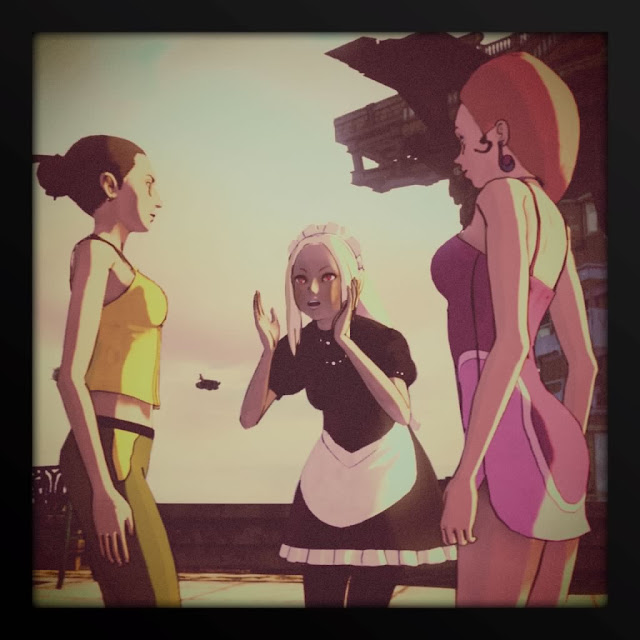 As with the original Gravity Rush, just exploring the world is a delight, as every nook and cranny is bustling with energy and variety. Because of the gravity shifting mechanic, players can explore in 360 degrees quite unlike they could in any other game, and the developers have taken full advantage of this by turning the world into a playground of soaring heights to scale and deep troughs to dive down. I couldn’t help but wish for that “Jean-Pierre Jeunet” aesthetic to be a little more emphasised, as it was one of the features that made the original Gravity Rush one of the most beautiful games I’ve ever played, but I can appreciate that the slightly more naturalistic environments, to do with the slightly more naturalistic storytelling and enemies, might just help this game find an audience that would have been put off by how esoteric the original game could be.

For those who haven’t realised yet; Gravity Rush 2 really does want to be played after the original, and the original is quite easily accessed on the PlayStation Network for PS4 or Vita. For that reason I do feel the efforts to make the game more accessible to those who didn’t particularly get into the first (or weren’t interested in it) might be wasted. Then again, releasing in January is probably dooming the game to find a niche audience at best in any event. This is disappointing, because Gravity Rush 2 deserves to be one of Sony’s biggest games of the year. Even if you weren’t able to get into the first, give this one a go. The story’s self-contained enough that you’ll still be able to follow along, and in the effort to make the game more accessible to a wider audience, the overall experience is also more refined and there’s clearly a meatier budget backing it.

This week on the Digitally Uploaded podcast: We talk about 2017 games to look forward to… and terrible rollercoaster games