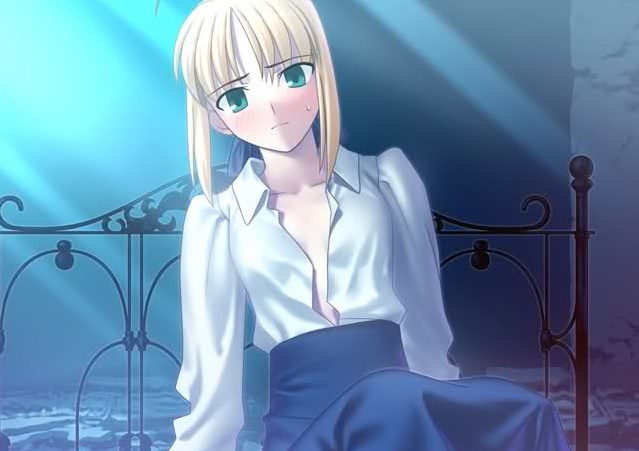 But regardless of what the game is, what has impressed me about the news is that it might just mean that Valve is finally shifting its policy towards games that are adult because of how they portray sexuality. The platform has for a long time had no issue with games that are adult because of violent content; Gabe Newell himself stood up and reinstated a nasty game on the grounds of “freedom of expression” (and, vile as the game is, good on him there). But until now Valve has not been the place to go for your pornographic visual novels and the like. Hopefully this change in direction isn’t a one off.

It got me thinking about whether Sony or Microsoft could ever change their own policies to also allow erotic games to be sold next to other R-rated, hyper-violent titles like Call of Duty, Grand Theft Auto, and horror titles like the upcoming Resident Evil 7. I think we all know that Nintendo would never allow such things, but frankly, I do think the other two should be answering this question. Especially Sony, given it’s the default console for Japanese games and already over the years a number of adults-only Japanese games have had “safe for work” versions made to get them on the platform.

Why not? It can’t possibly be because Sony and Microsoft are concerned that children will see the content. Both platforms have family settings for parents to set up. Both consoles already have a wealth of content that is not appropriate for children (that’s why it gets the R18+ rating). Both consoles have a sizeable number of adults who own and play the consoles and might, just might, also appreciate adult content on there.

It also can’t be out of concern for the quality of games released on the platforms. Both consoles have absolute stinkers of games available; the one and only game I’ve ever given a 0/5 score to was a PlayStation 4 game. If Sony and Microsoft were concerned about quality standards, there would be a lot more active moderation of all games on the consoles.

Additionally, there are a lot of adult games that are actually really good and very much worth playing; even beyond the erotic elements, I would highly recommend that people who aren’t going to be offended by the sex play them. Fate, the anime and gaming behemoth franchise that is so well regarded by so many people, started out as an adult game. Saya no Uta is one of the most effective horror visual novels you’ll ever play. It’s also strictly adults only. Games that were niche, but worthy, on the PlayStation 3, including Tears to Tiara 2 and Eiyuu Senki, have backgrounds as adult games, and plenty of fans would appreciate the opportunity to play these games as originally designed. And for fans of visual novels and dungeon crawlers, so many games in those genres feature erotica that it’s hard to avoid them, and we really shouldn’t have to. If the adult industry can use the same DVD players and same website coding, the same e-Readers and printing companies, then there’s no reason that it shouldn’t use the same gaming platforms as well.

Then there’s the potential for erotic games to start exploring important themes that games really struggle with at the moment (but need to start taking seriously). The history of pornography and art and social theory is a complex one, but it’s one that has been the centre of some fascinating discussions over the years. Philosophers such as Michel Foucault and Georges Batailles have written frequently about the likes of the Marquis de Sade, a man who turned the act of writing pornography into revolutionary anger. Eroticism forms a core theme of so many important films, for which we just can’t have an equivalent on our consoles. Yes, developers can explore these themes in games for the PC platform (as Christine Love herself has just done), but the conversations that we should be having about sex in games would be far more vibrant if these games were accessible on more platforms.

Of course, the reason that Sony and Microsoft aren’t opening their platforms up to adult games is easy to guess: the companies are concerned about how they’re perceived in the wider community if people believe they’re peddling smut. There’s not much we can do about the increasingly puritan culture and its habit of reacting quite… angrily to the idea that people might enjoy adult entertainment; but at the same time, the availability of pornography on DVD didn’t stop people buying DVD players, and I have to wonder whether there really would be such an uproar if it were to come to pass that adult games started to appear on PlayStation 4.

Once again, I come back to my core point: consoles already have adult content on them. Some games released on both the PlayStation 4 and Xbox One are so extreme in their violence content that children should be kept well away from them. And that’s fine; great, even. Violence is a theme well worth exploring through games, and adults have the capacity to play these games and engage with them in a healthy spirit. It’s well past time that the same openness was extended to adult games which switch out the extreme violence for sex content. If Valve can do it, so can Sony and Microsoft.