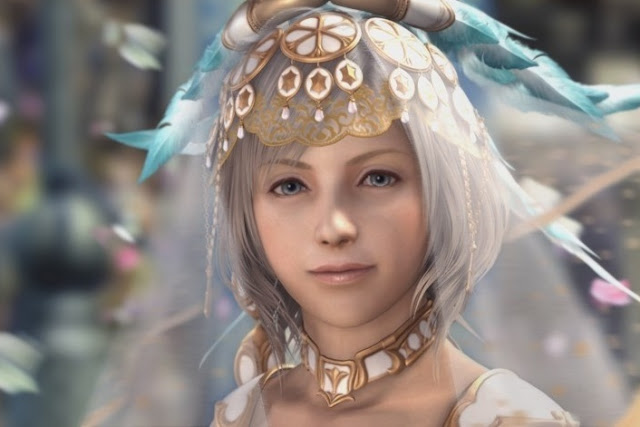 With Final Fantasy XV out finally (and the review is coming, I promise!), it won’t be long before people start to consider what’s next for the series. Based on what Square Enix has shared, it looks like it’ll be two remakes: a complete re-envisioning of Final Fantasy VII is the big one, but before that comes a HD remaster of Final Fantasy XII. And this is something to get excited about for next year, because Final Fantasy XII is one of the greatest games ever created.

It was a controversial title at launch, as it did some very different things with the Final Fantasy formula (even beyond the customary changes from one game to the next). It had a combat system that was a precursor to what we saw in Final Fantasy XIII and XIV. It had a far more open world design that was MMO-like in scope, and for the first time the music was not scored by Nobuo Uematsu. For many, it was almost a polar opposite response to the last single-player Final Fantasy, Final Fantasy X (remembering that Final Fantasy XI was an MMO), and with Final Fantasy X being so beloved, XII really rubbed people the wrong way.

But I found myself utterly lost in that game’s world, to a degree that few other games even come close to. Nier and Persona 4 are other games that have really stuck in my imagination in the years since, but those games impressed me so much because the were intellectually stimulating and had amazing characters. Final Fantasy XII, meanwhile, had the most incredible world building and epic plot, which gave it a different tone, as the individual characters, on balance, didn’t feel so important. 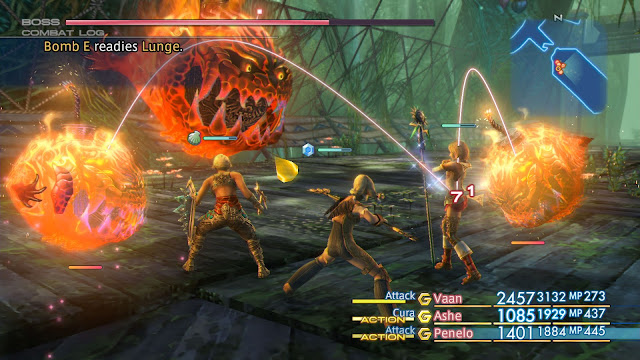 Based loosely on Middle Eastern aesthetics and architecture, Final Fantasy XII provided a rich, exotic world of colour to explore. The cities glistened in the sunlight, and the environments that I tend to remember best were the more arid spaces. Where the game took players into heavily forested environments or watery paradises, it did so with a sharp eye for the impossibly fantastic; larger than life trees, or perhaps you’d be descending into a tomb filled with decrepit horrors. It felt very much like a homage to 1001 Arabian Nights, which mingled the complete fantasies of genies, lamps, and swashbuckling adventures over the ocean with a more grounded depiction of the realities of everyday life in the medieval Middle East/western China in order to give it context. As a lifelong fan of high magic, desert landscapes, and harem costumes, Final Fantasy XII spoke to me from the outset with its setting, and I am terribly excited to see how it will look in HD with this remake… If there’s any one Final Fantasy that would benefit the most from additional console power, it is this one; its heavy focus on classical fantasy will be a nice foil to the aggressively modern Final Fantasy XV that we just played.

More than just a beautiful game in an exotic setting, however, Final Fantasy XII also has a narrative centred around political conflict that is quite divine. Under the guise of being a story about a princess and her small band of loyal followers resisting the invasion of an aggressive empire, Final Fantasy XII has something sorely needed in more modern games: nuance. The assumption that the band of protagonists must be the heroes is suspect in this game.

One of the best debates to have in games is whether Ashe and her band – pirates and criminals almost universally – are the noble ones. The other side, represented principally through Vayne and Cid, are fighting on behalf of an empire that is democratic and egalitarian in nature. Meanwhile, Ashe represents a nation run by a monarchical dictatorship – and one that allies itself with forces that are the enemies in other games set in Ivalice. Final Fantasy Tactics for example, positions the espers, which form key objects of worship for Ashe’s nation, as the enemy. This is obviously a brief overview to the debate, and I’ll discuss the topic in greater depth in a Game Theory closer to the release of the remake (because I need to play the game through again myself), but Final Fantasy is often accused of being too objectivist in its morality. Final Fantasy XII questions objectivism explicitly and to great effect. 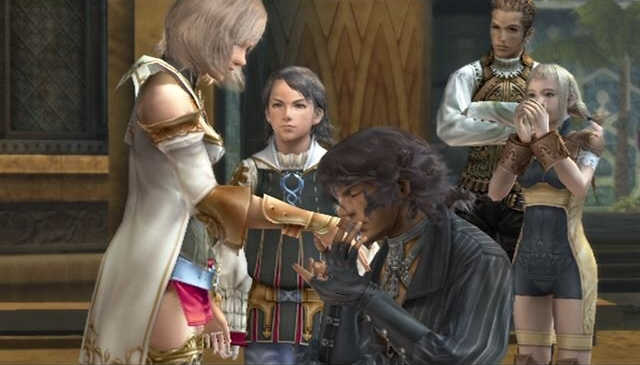 Because Final Fantasy XII has such a keen focus on the epic story, the individual characters can get a bit lost, and I feel that this is one of the main reasons the game has proven to be polarising; many people have interpreted that as the game featuring ‘weak’ characters. Indeed, the lead protagonist is meant to be Vaan, but he’s a fellow everyone forgets about almost as soon as they stop playing. Balthier, the sky pirate, is popular enough, though often considered to be one-note and cliched. Princess Ashe is the stand-out character, though to some she, too, falls largely flat.

But this is because Final Fantasy XII is less about the agency of the characters. With every other Final Fantasy game, the sensation is that the characters, through the player, have control over destiny, and the events in the game happen on their beat. While Final Fantasy XII’s gameplay, from a mechanical perspective, is still happy to sit and wait for players to decide what to do next, the perception is that there are events happening on a global scale through the game, and the team of heroes are but one participant in a far broader story.

I am looking forward to Final Fantasy XII getting a second run. This is a game that has aged quite well, and while it was divisive at launch, I get the impression that its reputation now is better than it was then. It’s also the only Final Fantasy game that you can’t play on a modern gaming platform, so there’s every chance that Square Enix could find a new legion of fans with this HD remaster and – who knows? – perhaps after that the company might feel inclined to do another classical fantasy game, as distinct from the more modern or science fiction settings of other recent Final Fantasies.

The 24 games of Christmas! Game #1: Chronicles of Teddy