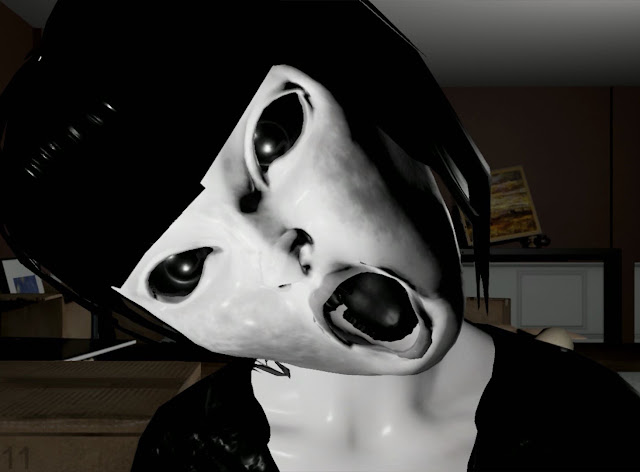 Jump scares get a bad rap. They’re often accused of being a cheap and lazy way of inducing fright, but they’re a really important part of the horror toolbox. As a game built almost entirely on jump scares, Emily Wants to Play, is a great example of how effective they can be, but it also shows why jump scares alone aren’t enough to make a compelling horror game.

Emily Wants to Play starts with you, a pizza delivery driver, making your last stop of the night. When nobody answers, you step open the door and head in, only to find yourself locked in what would be a fairly typical suburban home if not for the evil dolls lurking in the shadows, and of course the titular Emily, trying to kill you.

From that point on, it’s all about trying to survive until morning, which means figuring out how to deal with each of the threats that show up. Sometimes it’s simply a case of running away; other times you’ll have to play a childhood game like red light green light or hide and seek. Emily and each of the three dolls has their own mechanic, and success comes down to figuring these out – mostly through trial and error, though helpful messages can be found around the house. 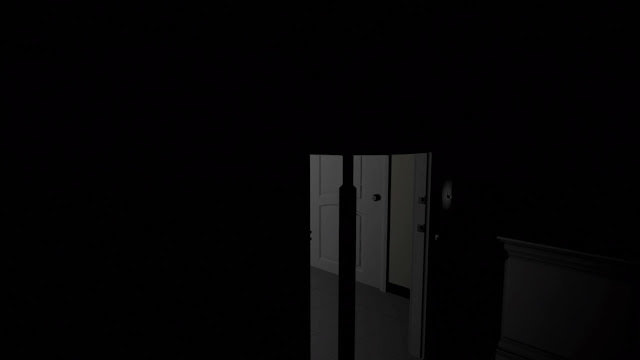 It starts out relatively simple, with a single foe – Kiki, a creepy gothic lolita doll. Then you’ll meet her friends, a strange clown and Chester the wooden puppet. Survive long enough, and they start haunting you in pairs; longer still, you’ll have to deal with all three of them. Eventually you’ll get to meet Emily herself, before she’s joined by her buddies. If any of them catch you, you guessed it – a jump scare, and a game over sending you back to the last checkpoint.

And this is where Emily Wants to Play gets really scary. The game is great at building tension with the most basic tools, like a light inexplicably turning off when you walk into a room, or a door creaking open at the end of the hall. Then, with your nerves on edge, you suddenly find Kiki’s distorted face filling the screen, accompanied by a piercing scream. You get a fright, then you go into your next attempt with an already elevated sense of apprehension, making those same simple horror techniques more effective. And so it goes on.

This is all true of pretty much any and all games (and movies, and TV shows) that use jump scares, but what sets Emily Wants to Play apart is the way it forces you to make yourself vulnerable to them. To survive, you need to pay attention to cues that tell you a doll is near – a giggle, a movement in the shadows – which means paying close attention to the little details. When you’re doing that, it’s that much harder to de-immerse yourself from the game and to brace for the inevitable jump scare. 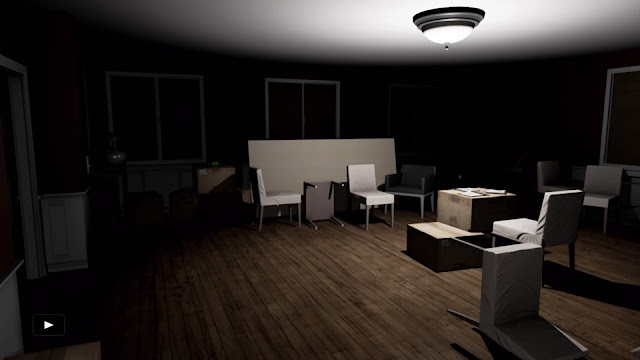 There’s nothing really remarkable about the horror of Emily Wants to Play; there are scarier monsters, spookier environments, and more chilling soundtracks by the dozen. But this game is so good at priming you for a jump scare that even a relatively tame monster design becomes terrifying.

Which brings me to the problem: Emily Wants to Play doesn’t really have much going for it, so it’s difficult to get invested. Without that investment, it’s easy enough to just bow out when it gets too much – “the only winning move is to not play”, and all that.

Great horror uses jump scares as part of a wide range of tools: atmosphere that creates a sense of place, narrative that foster emotional responses, psychological tricks mess with your mind. These are all things that build immersion, which is such a key aspect of the genre, but they also build an attachment to the game. A really great horror game is one that’s too scary to keep playing, but too compelling to stop.

In Emily Wants to Play, when it gets too scary, you can just turn it off. There’s a loose plot if you care to look for the cassette tapes and other such collectibles that it’s told through, but it’s threadbare and adds little to the game. Atmosphere begins and ends with that uneasy wait for the next jump scare. There’s little to ground you in the game and give you a reason to fight through the terror, so when it gets too much, you turn it off.

The obvious response to this is “well, just don’t turn it off!”, and you can certainly choose to keep playing, but the option is always there when your fear gets the best of you. The genre’s best eliminate that option, not in a literal sense but by forging that investment that makes turning off the game the less desirable option.

Emily Wants to Play is a horror game for the age of Twitch and YouTube. It’s a game for people to play and give themselves heart attack after heart attack, to the amusement of whoever is watching. There’s value in that, and this game does that better than most, but it doesn’t get its claws into you – it doesn’t really even try to. When playing with Emily gets too scary, all you have to do is stop.