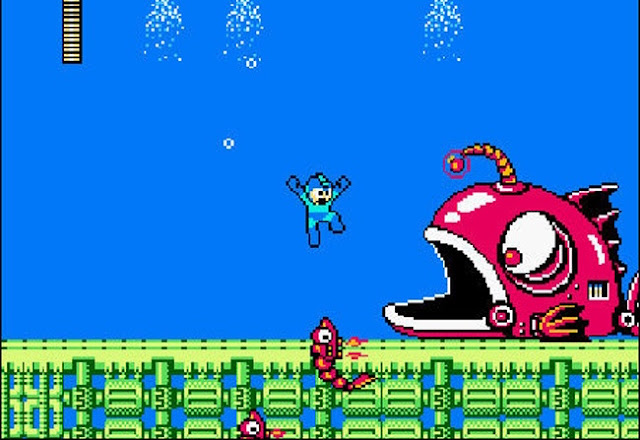 The comparisons between Mighty No. 9 and Mega Man have been ongoing ever since the game was first announced. Visually they are both fairly squat, rounded characters in armor with the newer character being named Beck. Keiji Inafune was notably attached to both. Even the company name of Comcept kind of reminds me of Capcom. Though Mighty No. 9 hasn’t turned out as well as many would have hoped, the link between it and Mega Man is clear.

That is not to say Mighty No. 9 is a knock-off of Mega Man, but the similarities are undeniable. I have long been a fan of the Mega Man games. I remember renting and playing the living snot out of the first one. I will even admit to utilising the infamous pause/unpause bug back then that allowed some weapons to score multiple hits on a single shot, making some bosses far easier than they should have been. At least until I beat the game that first time. Then I decided to play it again right away, taking what I head learned to heart and beating it fair and square.

Over the years a lot of Mega Man games have been spawned, but to this day my favourite in the series hands-down is Mega Man 2. It is not the most refined, it doesn’t necessarily have the coolest bosses or the best new toys for Mega Man to use. It just came out at a time in my life when it and Bionic Commando (another Capcom game) were two of my go-to action/platforming games. I got so good at both games that I could cruise through them without hardly taking a hit and had memorised the stages to a frightening degree of accuracy. This is long before speed runs became popularised on the internet, but I am willing to bet some of my old Mega Man 2 outings would have held up quite well in that forum. 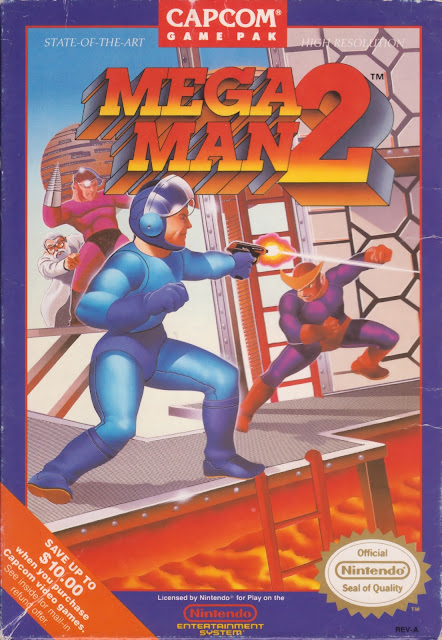 Now unlike a lot of the recent retro reflections that I have been writing, Mega Man 2 was actually one I had played somewhat recently due to the Legacy collection coming out. It is a testament to how good the game is then, that I was willing to put in my old cartridge and fire up the original game and give it another go. Now, I will say that while Mega Man 2 has aged rather well, my reflexes have not. I am definitely slower than I used to be and died far more often now than I did about twenty-five years ago.

It is surprising though, how well my muscle memory still holds up when it comes to this game. I still have my specific pattern of bosses I take on (always starting with Air Man and then going to Metal Man – who has the best weapon in the game by far). The idea of being able to pick your stage order and then winning and keeping the boss’ powers was still a rather novel thing at the time. A couple of games had tried to do this, though obviously Mega Man popularised the style. Mega Man 2 was a better game though in every way.

I remember the first Mega Man game (with its gloriously bad cover art) being something of a cult hit when I was younger. It was a good game, and people liked it, but I do not recall it being a huge commercial success. I do not know that many people who actually owned it at the time. Mega Man 2 added more levels, more polish and ultimate managed to catch on almost immediately. Nearly all of my friends had it and all of us tried to one-up each other by playing on the harder level of difficulty and beating the game more quickly than our friends could. It was one of those games that was hard, but also felt incredibly fair. During the initial stages of exploration, I certainly died a lot and that is still the case today. I did enjoy however, those moments where I just seemed to recall something and nailed the perfectly timed jump or shot an enemy that was just coming onto the screen. Again, that muscle memory is still there in places. 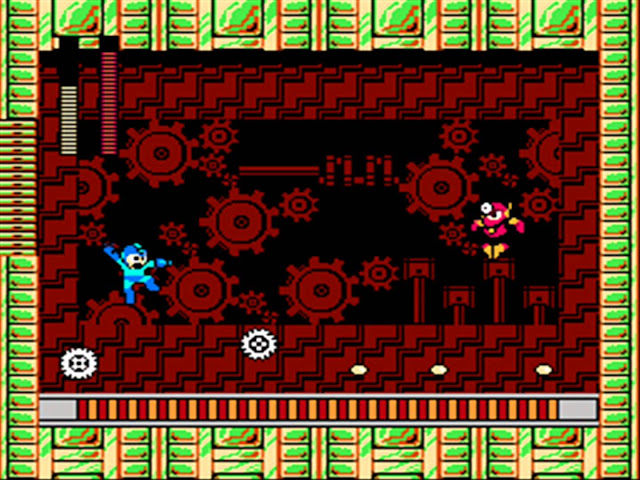 The graphics were hugely improved in Mega Man 2 – I loved that dragon near the end of the game. The music was probably one of the five best soundtracks for the NES era. The bosses were diverse and while not all of their powers had equal use (again, I used Metal Man’s more than anyone’s), the way the stages were themed around the bosses was brilliant. Defeating those eight robots was a rush in and of itself, but the main event then came in the form of tackling Dr. Wily’s fortress. This stage played out in far more traditional and linear fashion. You even get a second go-round with the bosses you already trumped. I remember that the first Mega Man game lacked a password or save system. Mega Man 2 added a password system, but I seldom had to use it. It really was not a long game, but it was longer than the original, so I know other people appreciated it.

After the somewhat tepid release of Mega Man in his first outing, I have full confidence in saying that Mega Man 2 helped to define the action/platforming era of gaming and took it to all new levels. With Mighty No. 9 proving so disappointing, it’s hard to imagine where the series might go next, but I do hope that someone gets their act together and brings back the series I remember so fondly as a kid.