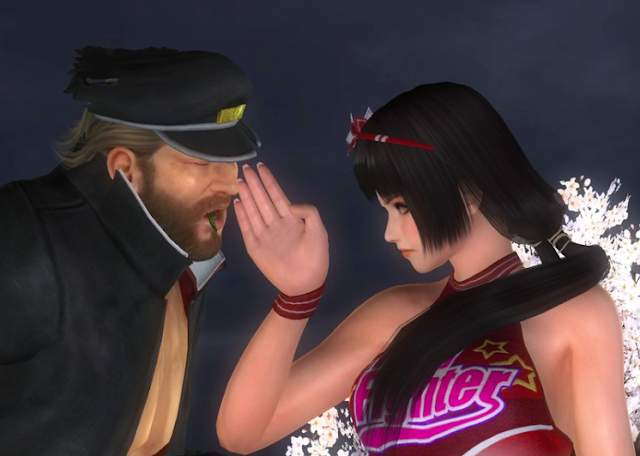 I really expected Naotora Ii to be a token character thrown in to eke some additional life out of the already excellent Dead or Alive 5: Last Round. Something to convince players to throw one more wad of cash into the hat as Koei Tecmo prepares to wow us all with Dead or Alive 6 at some point this year.

But Naotora is a far better addition to the roster than that. She has her own distinct style and energy and brings a wholly-new personality into the mix. While I’m not sure how she’ll stand up in competitive play, on the more social level that I play Dead or Alive 5 at, she’s really quite the tough challenge, and while I would have preferred someone like Oichi or Gracia to make the move from the Samurai Warriors series to Dead or Alive, Naotora is perhaps the more… appropriate… character for the game, as she’s well-endowed and more light-hearted than most of the other Samurai Warriors characters. Seriousness doesn’t play much of a role in Dead or Alive, as I think we all know.

So, what does Naotora fight like? She’s very heavily orientated towards fast combos of hard-hitting kicks. When even a beginner player can pick her up and quickly string together eight, nine-hit combos that knock off a full quarter of the other character’s health, it’s also immediately obvious that Naotora is a solid choice for beginning players.

She’s also impressive to watch in motion. Like a dancer, the flow between one attack to the next is a sight to behold. Naotora is not just a good character for beginners because she’s powerful; her attacks are stylish, which helps to make players feel empowered as they play.

It would almost sound like Naotora is overpowered based on the description above, but she also has a number of weaknesses which help to balance her out. Her fist strikes and throws are really quite unimpressive, and her best attacks, as far as I could tell, all come from a ground-based, horizontal angle, which makes them the easiest counter. Naotora’s own counters are better than with some characters, but not the finest out there.

With all the mechanical stuff out the way, I think it’s truly amazing that all these years after the release of Dead or Alive, Koei Tecmo is still finding genuinely new ground to target with its characters. None of the existing cast plays quite like Naotora, and that makes her a welcome addition to the mix. Samurai Warriors fans will also appreciate that her kick-heavy orientation is a nice nod to her role in the Samurai Warriors cast itself. 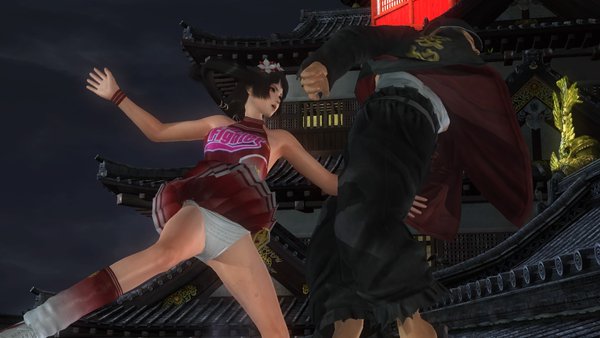 My only issue with Naotora is with the way her personality comes through in this game. This girl can’t stop apologising for everything, and while it is indeed in keeping with her character, I found her incessant need to apologise with each of her victory poses to be aggravating. A different line of dialogue that was free of the word “sorry” would have be appreciated, because while I’m aware that the characterisation in Dead or Alive is simple, those little lines of dialogue before and after a battle are what turns big-chested avatars into characters with personality, and I would rather have not needed to draw on my knowledge of Samurai Warriors to know that Naotora has a more extensive vocabulary than “sorry.”

Speaking of chests, Naotora’s fits right in. She’s actually quite attractive – distinctly Japanese, but less serene and traditional than Kokoro. Her default costumes are a nice new fit to the Dead or Alive roster, too – we haven’t had a “Samurai” in the game yet, and now we do.

Unfortunately her alternative costumes are a bit limited at the moment and the DLC options are… odd, so say the least. Being honest here I did want both sexy and humorous costumes for Naotora – I’m playing Dead or Alive and costumes that fall into either or both of those categories are kinda the point. I can appreciate the cabaret bunny and nurse costumes to check the fetish boxes (and the former is faintly ridiculous), but the cheerleader costume is a dip into a very early DLC costume set indeed, and it was quite a plain costume set in the first place. I’m not entirely sure why that set was chosen, of the dozens of different themes that Koei Tecmo has already released.

And while I’m down this particular rabbit hole; I wanted a bikini. I’m sure there’s one on the way but I am honestly and deeply surprised that Naotora did not launch with a bikini.

Related reading: Matt’s review of the Marie Rose DLC, when she was a new character.

Costuming aside, Naotora isn’t going to be a favourite character of mine. Not when I’m so comfortable with Hitomi, Kokoro and Marie Rose by now. But I can certainly see her fitting in as a character that I’ll use infrequently when I want to mix things up, and I can see her fighting style fitting really well with a lot of people.

That’s not bad for a game that Koei Tecmo is still supporting years and years after the original release. The eventual Dead or Alive 6 is going to have to be something absolutely unbelievable to be able to justify for people the upgrade, because the raw amount of content in the game is just unbelievable.