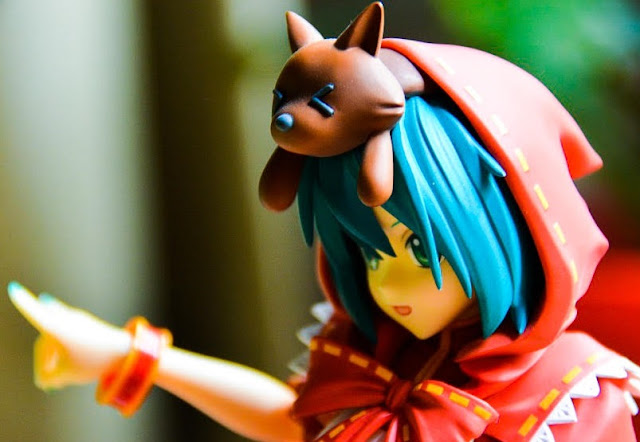 Japan is a bit of a consumer’s paradise, selling a whole load of stuff that is difficult to find elsewhere (if not completely impossible in Australia). So naturally each time I’m in Japan I go shopping.

The last couple of trips I’ve found myself largely investing in figurines to bring back as souveneirs. there’s a reason for this – figureines in Australia are of a startling low range, and tend to be very expensive. And, unlike game shopping (as I used to do), my weak Japanese doesn’t impact nearly as much on my enjoyment of figureines.

Besides that it’s an opportunity to indulge my fascination with Hatsune Miku. When I started purchasing figurines I promised myself that I would stick exclusively to Miku, because otherwise this hobby would become obscenely expensive, even if I stuck to buying the things from the cheapest stores in Japan. And so, aside from a single exception that I made to pick up a Risette from Persona 4, this is a promise to myself that I have, to this date, kept. And with so many Miku figureines out there I’m not exactly short on options to purchase.

Related reading: I think I’ve developed an addication to Hatsune Miku (I don’t think there is any doubt of that now, actually).

This year I’ve bought myself five (which I am telling myself will be all. No more. Lock my wallet away). One of them I have been hoping to buy in Japan for months leading up to the trip, so I’m a happy chappy indeed. 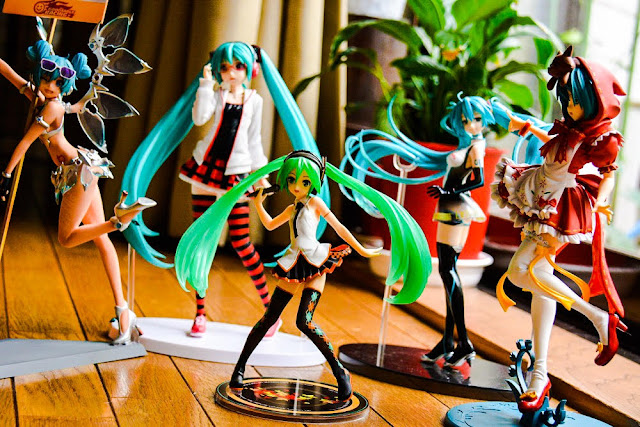 That miniature is Red Riding Miku. I saw her on sale at my local Kinokunia bookstore back in Australia for $250 or thereabouts, but figured I’d be able to find her cheaper in Japan. At first I stressed myself out, because she proved hard to find, and the one figureines shop in Akihabara that had one was selling it for $480 or so.

Luckily, in a tiny figurines shop elsewhere I found a copy for just over $100. So not only did I find my favourite Miku, but at a steep discount!

This miniature is just gorgeous. The red paint colour on the costume is rich, and the detail in the bows and hood is incredible. Most of all though, I love that wolf that forms part of the hood. It’s adorable and cute. The level of detail – even in the base – really marks this one out as a truly premium Miku miniature, and it’s now become the centrepiece of my collection. 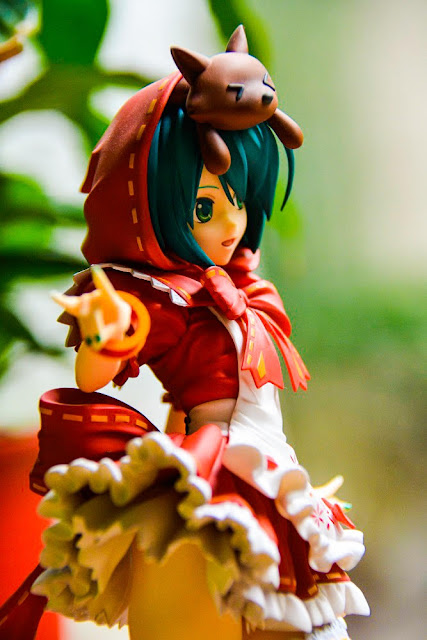 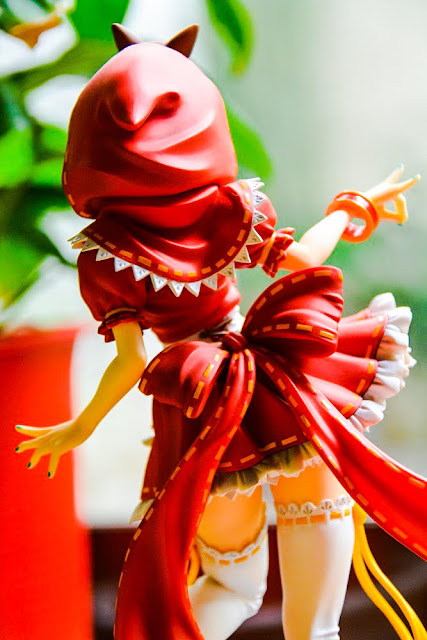 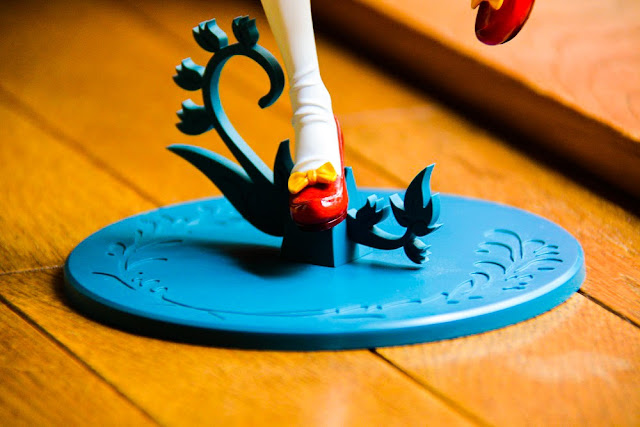 This is actually meant to be an exclusive prize from those skill testers that you find everywhere in Akihabara, but in Akihabara that doesn’t mean it’s not for sale at the many second hand shops that litter the place. In fact, the skill tester has a “one prize per customer” rule, which I suspect is there to stop one person who is good at the game cleaning up then selling all his copies. It’s just as well I was able to buy it without having to play the skill tester though, because I’m terrible at those things.

Anyway, this Miku has a lovely, casual costume, complete with glasses and headphone. She’s actually quite heavy to pick up and carry, too. What I like best about the miniature is actually the stripped stockings, which are have a really neat colour to them.

This one isn’t a premium model, so it’s not perfect and the pose itself isn’t particularly exciting, but the normal, casual dress is a nice contrast to the rest of my collection, which almost exclusively features Miku’s original costume, or some weird alternative dresses (such as the one above). 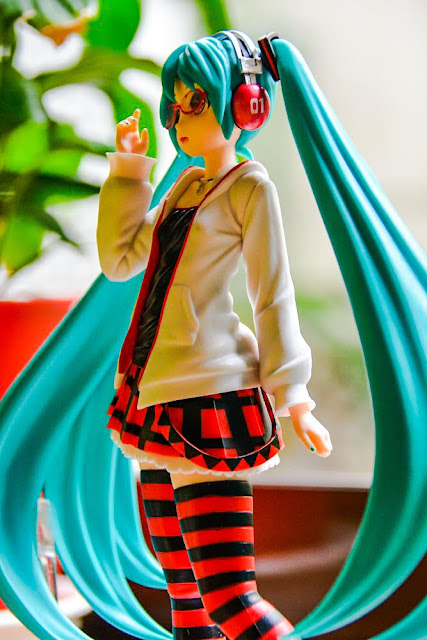 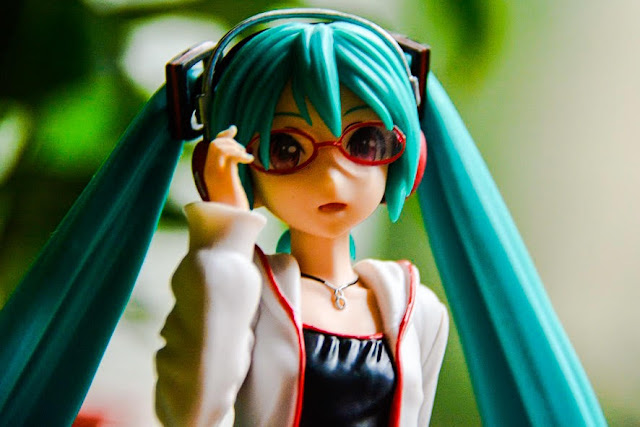 I also didn’t have a Racing Miku in my collection, which I was hoping to remedy before I even arrived in Japan. I wasn’t sure which one I would end up grabbing at the time, but I ended up going with the tanned Miku from 2013.

Of course, the Racing Miku series has always been the sexier side of Miku, and this figuring certainly checks those boxes. At the same time, the miniature itself is of an exceptionally high standard, with transparent detailing, tattoos stamped on to the figure’s body, and a dynamic, active pose that suits the whole racing theme.

But I really like the tanned skin tone. Miku figurines are typically milky white in complexion, so, as with the costuming of the above Miku, the variety in my collection demanded that I had a tanned Miku. 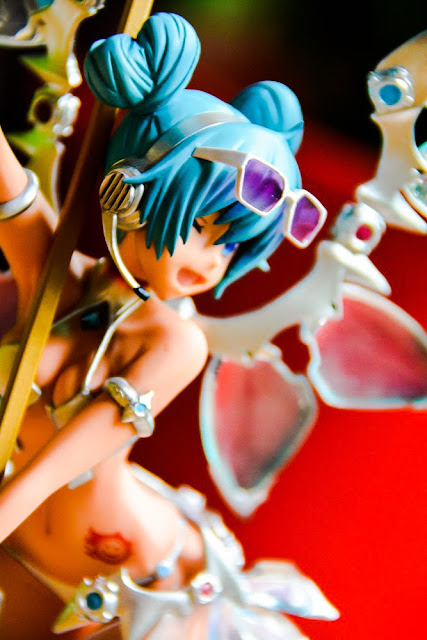 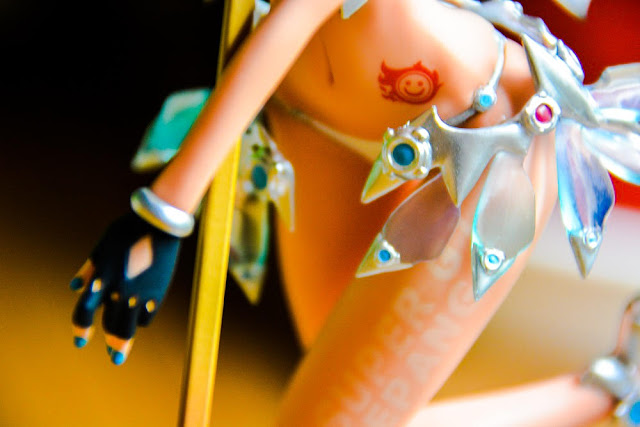 Good Smile Racing Miku (2011)
I actually ended upgetting two Racing Mikus, because this one was going quite cheap, and I quite liked her pose and hair.
This one was also going quite cheaply at a second hand store, and it’s a little too obviously a second hand Miku for my ideal collection, but from what I could find, the age of this minitaure was showing basically everywhere.
It’s still a good looking miniature though, and I like the detail work on her arm and Good Smile Racing stamp on her costume. It’s also less obviously raunchy when compared to the previous one, meaning that I’ll likely put this Miku to the front of my display back at home. If nothing else, it shows an interesting evolution of the Racing Miku line. 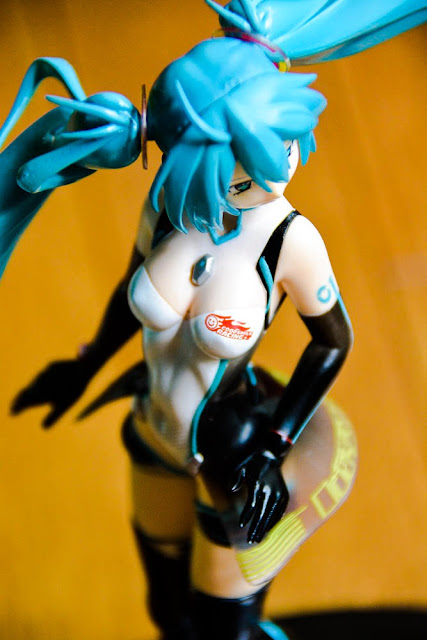 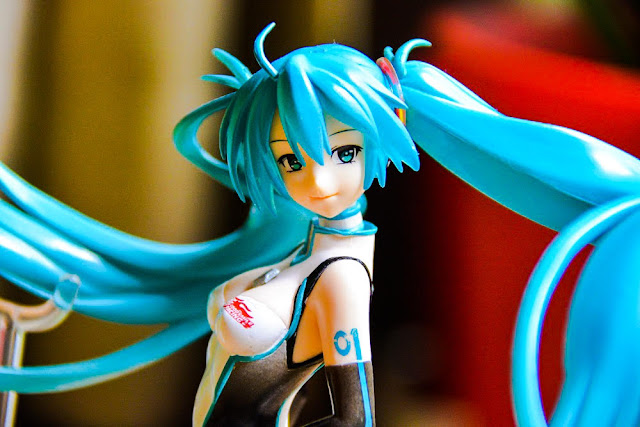 Hatsune Miku: Autumn Colour Version
The final figureine I grabbed this time around was one that I had badly wanted last year, but missed out on. Family Mart (a chain of convenience stores) was running a lucky draw prize when I was here last year, with the top prize being this Miku. Despite entering a bunch of times I wasn’t lucky enough to grab the miniature then.
Thankfully people had been selling unopened copies of this Miku to second hand stores, and I found one quite inexpensively at $40 in one. Given that I already have a Sakura (spring) Miku, this is a good pair for her.
This Miku has semi-transparent green hair, which looks great in the light, and her stockings and skirt have a cool orange detail to them. The face is a little too childlike for my liking, but it’s more pronounced in the photos. In real life, it’s more a consequence of the miniature being smaller than the others (and thus the face having less contours and details) than a deliberate attempt to make her look young. 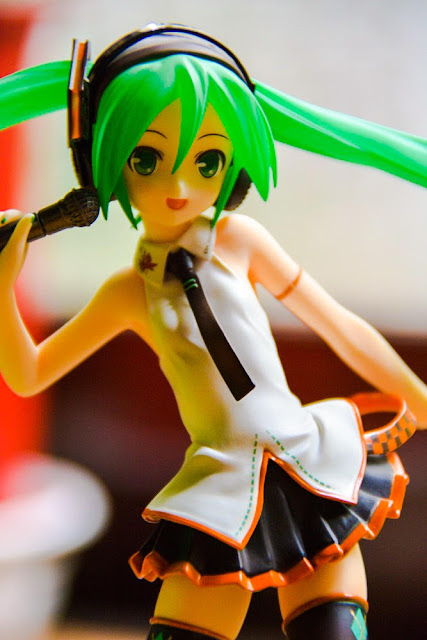 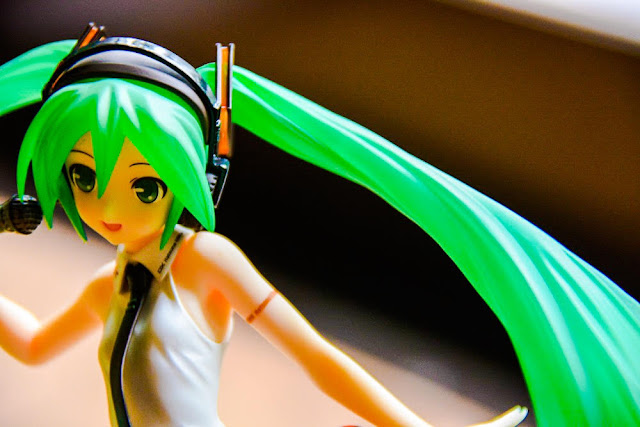 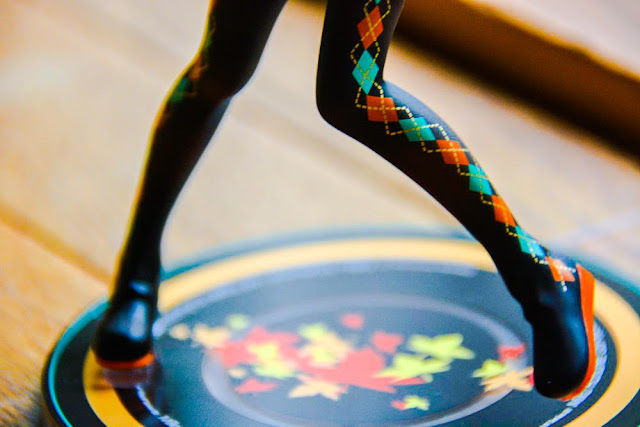 Anyhow, that’s the end of my first loot in Japan segment! If you have a favourite from these new acquisitions of mine, be sure to let me know!
Until next time!
– Matt S.
Editor-in-Chief
Find me on Twitter: @digitallydownld
The photos in this story were taken using a Nikon D7100
Share this

The games of September: Dear God…