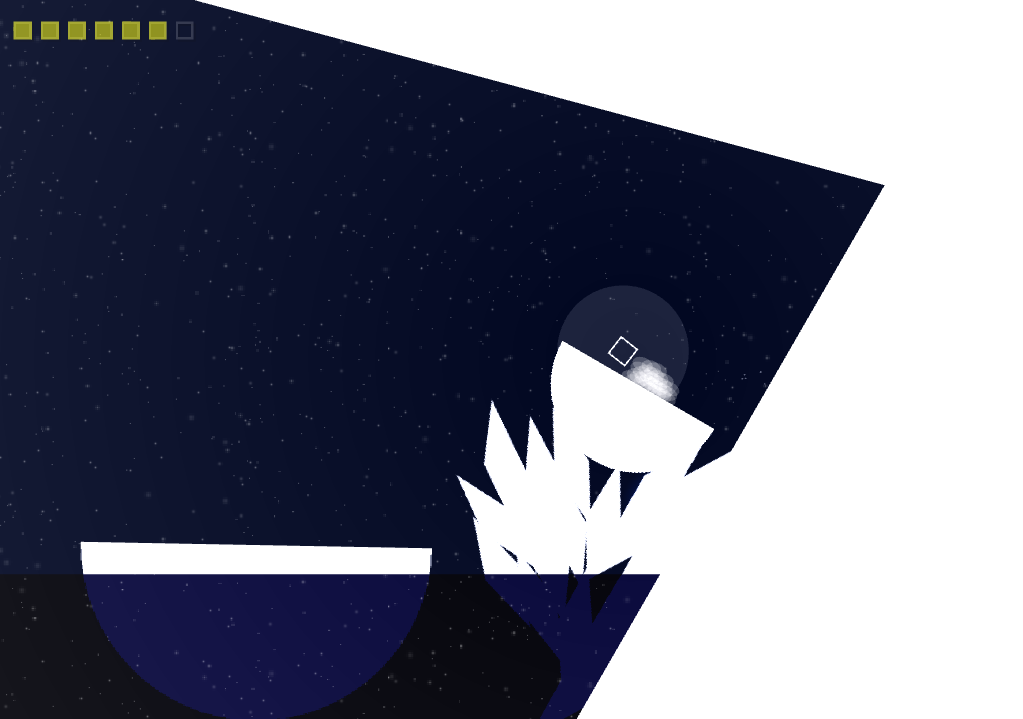 The legend of David felling Goliath is one which runs deep – the historic turning point in Jewish history decided by a young boy and a slingshot has evolved into an instantly recognisable allegory for the underdog defeating unsurmountable odds through a mix of faith and cunning. In David, a Steam release by one-man-studio Fermenter, you play as a tiny square tasked to defeat a series of giant abstract polygon monstrosities. Half minimalistic physics shooter and half creative expression, David bills itself as a mix between Shadow of the Colossus and Angry Birds.

The gameplay of David is quite simple. You control a small square with the WASD keys, similar to a platformer although you are afforded infinite jumps. Clicking on your square will charge up your attack, and dragging your mouse and releasing the button will fire in that direction. The click-and-drag motion feels slightly awkward and perhaps betrays David’s origins as a tablet game, although for the most part the controls are solid and workable.

The game is split into various levels, and in each you are thrown into a room and tasked with defeating a boss. The designs are quite varied, and each room is named after either a cardinal sin or something else, which gives a hint to the boss’s patterns and how to defeat them. My main gripe is that most of the bosses have too much randomness in their attack and movement patterns. Couple this with the slippery controls and the levels become difficult not through the ingenuity of their design but rather the unforgiving nature of the engine. 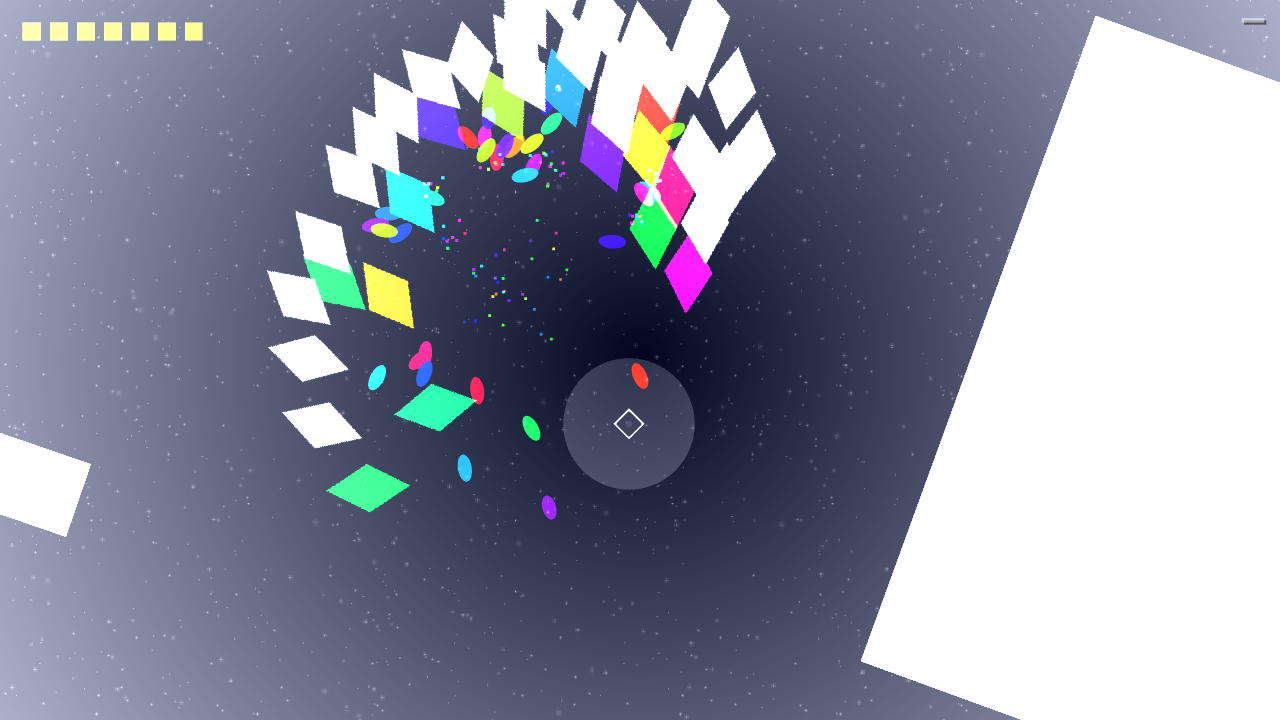 That’s not to say there aren’t great moments though – my personal favourite has the player standing on icebergs floating on water, having to shoot at a sea monster which would rise from the deeps to try and attack me. Said scenario was rendered with a few semi-circles for icebergs, a different hue to represent water and a sea monster comprised entirely of rhombuses, and yet despite the abstractions I could tell exactly what was going on. When David’s minimalistic style hits its stride, it can be incredibly evocative. It’s a shame that not every level lives up to this standard of design however.

Unfortunately, the philosophical aspect of the game never blossoms far past the notion of the underdog taking on enemies which might represent societal vices. Shadow of the Colossus this is not, and I assume the comparison was made more towards the gameplay element of fighting bosses rather than towards the game’s emotional storyline. Even with regards to bosses David pales, as it is rarely able to make the level feel like a treacherous journey with a payoff at the end – David’s levels seem more focused on killing the player in cheap ways until they luck out and manage to succeed. Of course this is asking a lot of a title made by a single developer, and perhaps the game is in fact an allegory of the little indie studio fighting for relevance against bigger titles. In which case, as I sit here and list off David’s shortcomings, I can’t help but feel a little guilty.

Speaking of shortcomings however, David is lacking in content with nine main campaign levels and three bonus ones. The two difficulty modes are also a farce, as the harder level is identical except you’re only given one life, and you’re required to finish the campaign on hard to see the ending. It’s possible to see all the game’s content in two hours, which normally wouldn’t be a problem except that much of David’s runtime will be spent lamenting deaths due to unpreventable randomness. 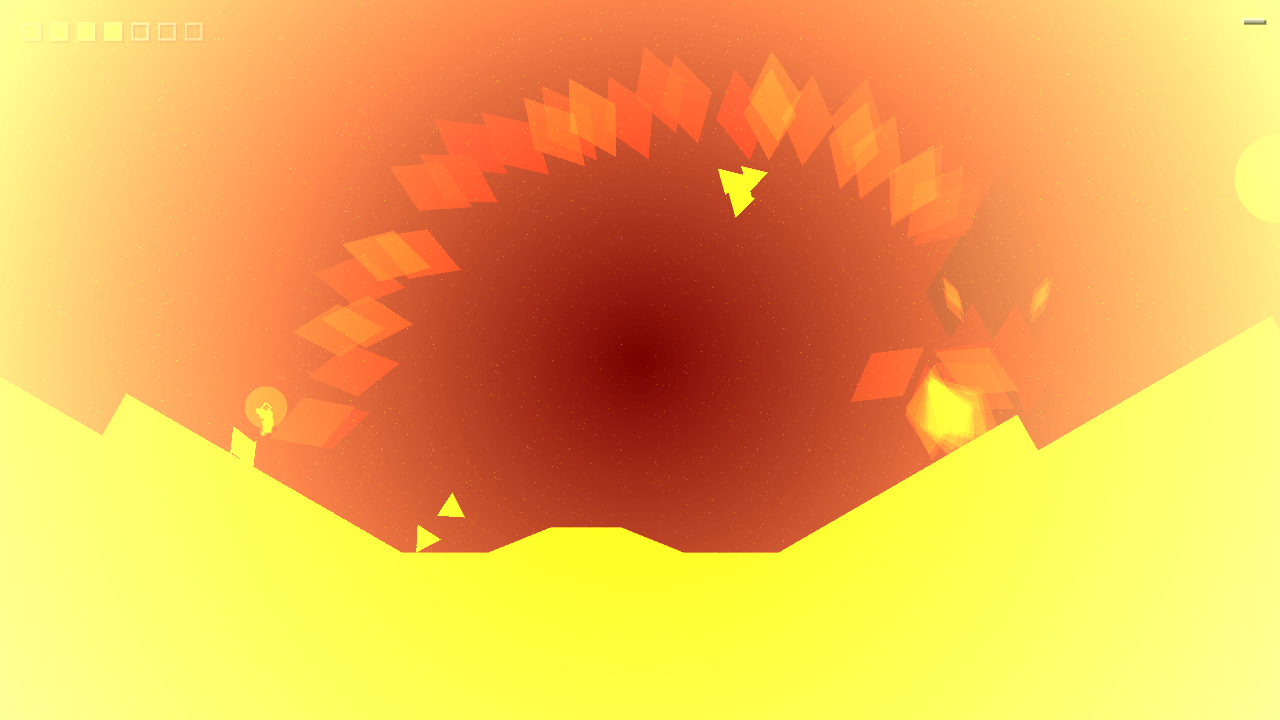 David is certainly an earnest effort of a game, evident in all aspects of its design from the opening sequence to the credits. It’s unfortunate that despite the developer’s zeal, not much of it translates into a lasting and poignant gameplay experience. That being said, David is easy on both your time and your wallet so it’s not an immediate write-off. There are still some excellent ideas hidden away which might be worth your time though, as long as you don’t go in expecting Shadow of the Colossus.

Game theory: Was humanity wrong to fight back against Mass Effect’s Reapers?