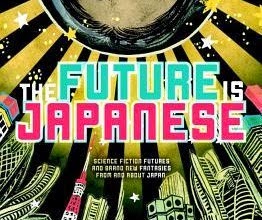 Most of the staff at Digitally Downloaded are huge fans of Japanese culture, and so if you’re anything like us, a collection of thirteen short stories inspired by the nation itself will be exciting stuff indeed. The Future Is Japanese is an anthology of modern science fiction, all from the 21st Century, from various prolific Japanese and Western authors. The book spans many genres of sci-fi and fantasy, ranging from cyberpunk to mecha, space opera to dystopic.

The writers of The Future Is Japanese come from a high pedigree, with many winning international awards. While the Western authors tend to focus more on Japanese culture, the native Japanese writers freely explore any aspect of SF. It results in an odd mix of Western perceptions of Japan and Japanese perceptions of the world at large, although there aren’t many moments when values clash too harshly. The translations of the Japanese stories are often top notch, although some sections do exhibit some noticeably blunt expression.

Furthermore, the juxtaposition of Japanese and Western voices have resulted in many stories examining the liminal space between cultures, and the various ways in which humans perceive the world. A recurring theme is the heightened sense of globalisation from the modern day, featuring characters thrust into unfamiliar cultural environments. What emerges is a complete image of the modern Japanese cultural identity, some of which is interpreted through a Western lens.

The brevity of the short story format hinders narratives of epic scale. Thus, many authors have opted to envision a future which is familiar and believable, including only certain speculative elements to explore their effect on our current understanding of reality. While a few stories use brevity to their advantage to deliver some impressive catharsis, others feel like stifled worlds cut short before any real development could begin. At the very least, none of the stories drag although their paces do vary, and even the quieter tales are compelling enough to sustain intrigue. 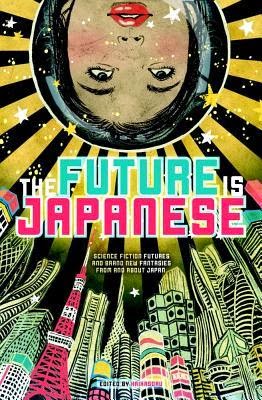 The Future is Japanese features a wildly diverse set of genres, themes and writing styles, featuring sci-fi from both soft and hard circles. While the anthology’s opener, Ken Liu’s Mono no Aware champions hard sci-fi in its depiction of humanity forced into outer space for survival, it is immediately followed by Felicity Savage’s frenetic time travel thriller The Sound of Breaking Up.

The anthology is littered with poignant moments, some terrifying like the emotionally detached child soldiers of The Indifference Engine by Project Itoh, and some gentle like Issui Ogawa’s fusion of pastoral and mechanical environments in Golden Bread. Every reader will have a different standout story based on preference, although it’s clear that a lot of talent and hard work has gone into each individual narrative.

If there’s one big detractor from the anthology, it’s that the common themes of science fiction and Japan are not exclusive enough to give the collection of short stories any cohesiveness. Any interesting links, dialogue or conflicting ideologies present across stories seem to be mostly by accident. I found myself having to take a break after each story before diving into the next, as while the stories themselves were absorbing, the jarring shifts in tone often clouded my interpretation.

Similarly, I found that the varying levels of narrative complexity hindered my enjoyment of the anthology. Often I started a story unsure of how I was intended to enjoy it: would it be a leisurely read or something I would need to probe for meaning? Similarly, would the story require some deep knowledge of Japanese cultural systems, or would everything be spelt out from the beginning? There’s plenty of both camps in The Future is Japanese, and so both casual and hardcore fans of science fiction and Japanese culture will have something they’ll enjoy. This does mean, however, that every reader will find something they won’t like for one reason or another.

In the end, The Future is Japanese both succeeds and fails to be everything at once. Its wide coverage of various different genres of science fiction and fantasy means that there will be something for everyone, but its fluctuating tone between stories leaves the reader confused. There’s a lot of talent in these pages and everyone will find something they love, but one would need to be very open-minded to enjoy every story this anthology has to offer.