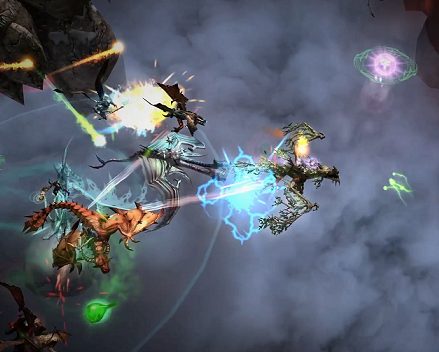 While I would ideally want to talk about Dragons and Titans without mentioning specific comparisons to other games, it’s quite difficult to talk about it without bringing up League of Legends and DOTA 2. You see, both Riot Games and Valve have fine-tuned and perfected the MOBA genre, and have created two games that attract a lot of attention, both from the people who play them, and those who stumble upon them accidentally.

And I think that’s the main problem that Dragons and Titans has going for it. Not only does it fail from a gameplay standpoint, but it fails to offer any incentive to play over its immediate competitors, especially if you’re a seasoned MOBA enthusiast.

(If you’re keen to check out a MOBA, here are some alternatives to consider)

Dragons and Titans is designed a lot like the aforementioned genre kings, which is unsurprising (you don’t mess with success after all). Two teams each composed of five players battle it out on a map that is divided into the standard three paths that connect each team’s base. These teams are supported by AI minions that wander down the path on their own accord, attacking any enemy they run into. Somewhere in the middle the teams clash, and that’s when the fun begins. Offing minions and other player-controlled dragons nets you gold, which can be used to upgrade your own dragon. The endgame begins once you’ve destroyed the opposing force’s base, by slowing gaining ground and earned more power than your rival. 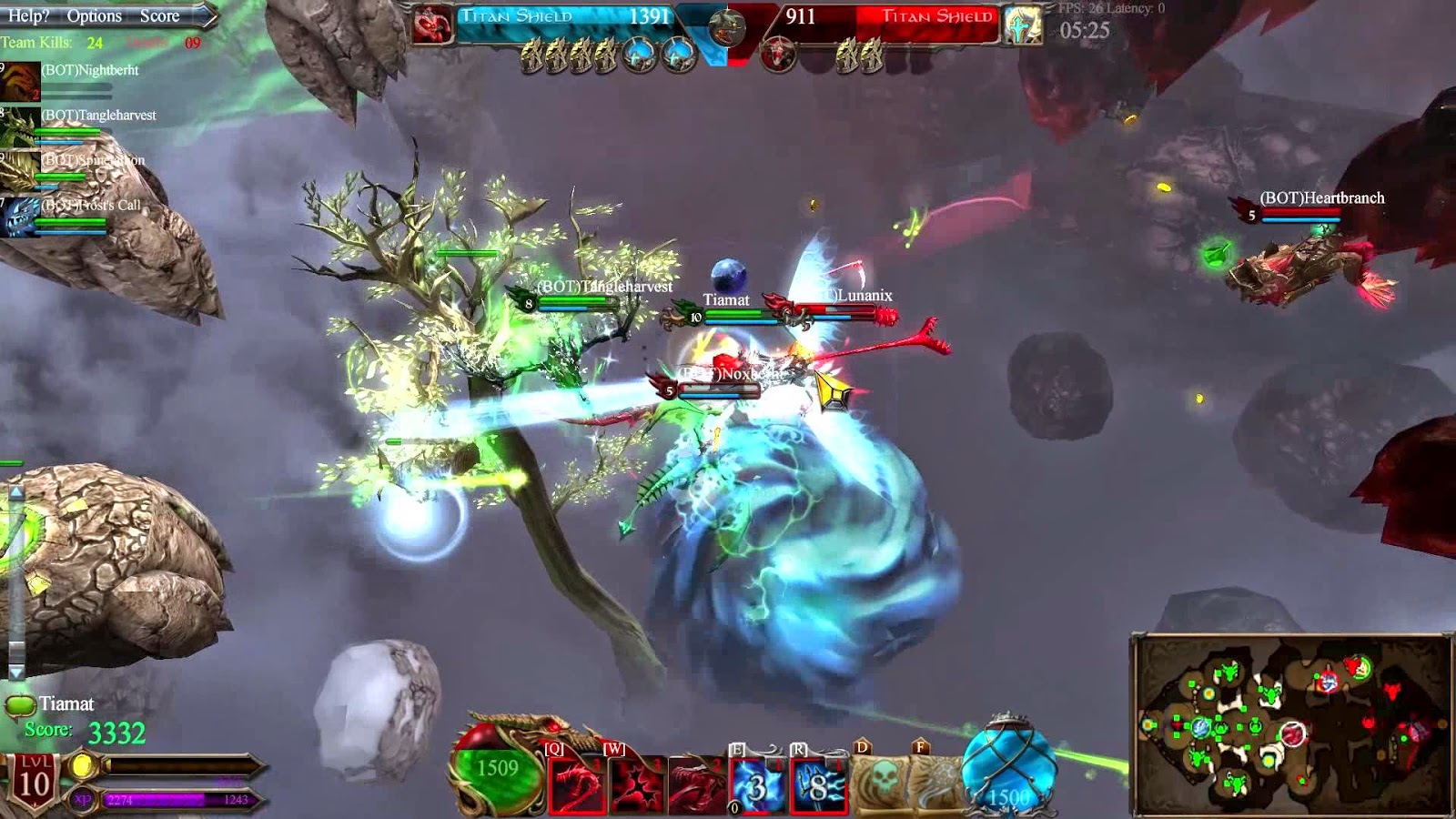 It’s a familiar formula to say the least, but there’s enough weapon and combat variety to keep things fresh, at least initially. After completing a brief tutorial, players will unlock three random dragons (there are over 30 dragons at launch), and on top of picking a dragon to take into battle, the dragon’s rider will yield a weapon as well, which is also upgradable.

Still, even with all the weapon variety and dragons to choose from, Dragons and Titans fails to provide a balanced and cohesive experience, which only makes the barrier of entry that much higher. The game is noticeably imbalanced – during my playtime, I only saw a handful of weapons and dragons being used, simply because the game balance favoured offensive/hard-hitting builds. People who prefer to play a more defensive or synergistic strategy where support units are there to support, rather than fight, will struggle with this game in a way they wouldn’t struggle with other MOBAs. 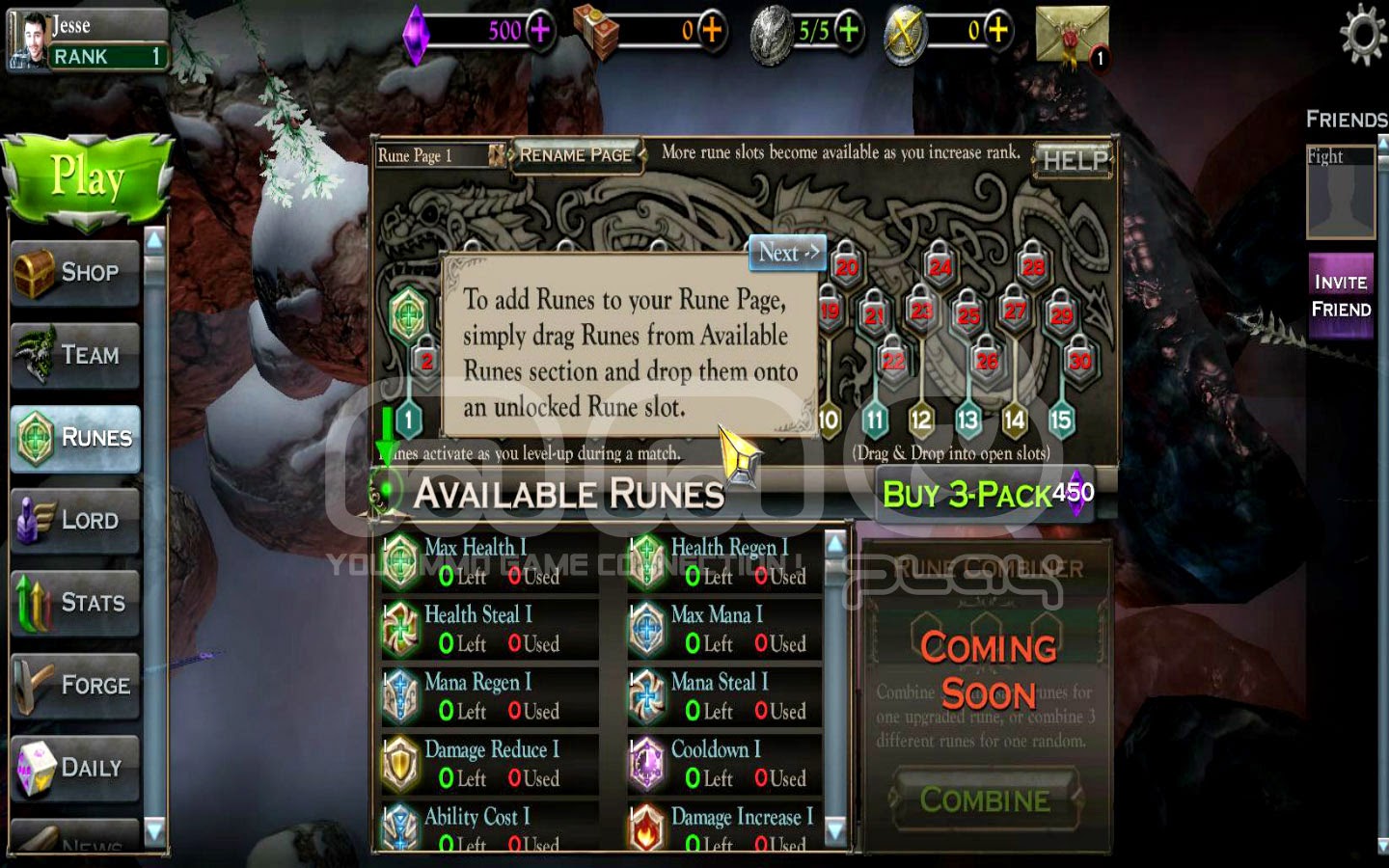 Even worse is the business model, which is nothing short of play to win. Instead of focusing on cosmetic items (like DOTA 2) or giving players free dragons to use on a rotating basis (à la League of Legends), Dragons and Titans’ unlock system focuses on amassing runes, which provide buffs and other effects in game. Sure, League of Legends features a similar system, but it’s much more pronounced in Dragons and Titans, where it’s all-too obvious that the option is there to pay real money and accelerate the accumulation of good runes. While you can theoretically avoid paying to upgrade, the amount of time it would take you to get to the same level by grinding is staggering.

There’s also the issue of a fairly low player count (which usually hovers at a few hundred), that makes it very difficult to recommend Dragons and Titans, especially when there are so many better alternatives, many of which are better balanced. Dragons and Titans not only fails to go out of its way to attract new players, but it fails at providing a basic online experience, even if the idea of duking it out on dragaonback sounds enticing.