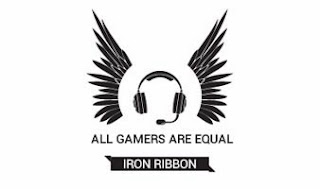 Massive multiplayer online gaming can be quite a daunting experience. Especially when attempting it for the first time. More so when trying to play with strangers. The player might feel anxious, nervous and their only goal might be to come through the experience with a positive feel for the game.

Here’s a scenario that is unfortunately not uncommon:

Feeling unprepared for the adventure, the perspiration starts peeling its way around their face, their heart rate quickens. Butterflies enter the stomach. An excitement builds. They have, after all, enjoyed the gaming experiences they have had, mostly local multiplayer and they have heard other talk endlessly about the fun they have online. The tribal-like communities tend to stick together and it’s something special to be included in. It can be the modern to identify, socialise with, and making lifelong friends out of. Game developers are so focused on the online multiplayer experience now then surely it must be an experience worth diving into. And so, they do.

Unfortunately, the game doesn’t go well. The player might feel like they are holding up their side of the bargain. Not the best, nor are you the worst. Or perhaps they’re terrible, or they might have even somehow won from the outset. Then they hear the language. If the player is female, they’re told to get back into the kitchen. “Rape” is a word used without any apparent comprehension or care for what that word means to far too many people in the world. Others get death threats. Others get racial slurs hurled at them.

And so the experience is soured. Players that do want to ‘play nice’ end up leaving, or are forced to adopt the same toxic behaviours of the these people in order to continue to enjoy their games online. There is no accountability, no responsibility, no cause for decency, no empathy and, startlingly, despite these toxic attitudes being completely anti social, no one seems to be doing anything to curb these people’s attitudes in the real world.

Online multiplayer has become a self-fulfilling cycle of hatred and ugliness that does far more harm to the games industry than it does good.

And yet people still want to play games online. Gaming is a social activity at its core and, an estimated 94 per cent of people aged 6-15 currently would be considered gamers. Something needs to be done to address this alarming lack of etiquette, of bullying, of harassment and of antisocial behaviour. It is at the forefront of a lot of great minds in the industry. So what can we do about it?

We can raise our standards. We can be an active voice in the community arguing against this kind of behaviour.

Take, for instance, the movement Iron Ribbon. We saw this group on a panel at the recent EB Games Expo 2013, and were greatly impressed with what they are trying to achieve. Directly taking from their website (www.ironribbon.org.au), they argues six major tenants.

1) Gaming is for everyone.

2) Trash talk and attacking people based on gender, race and ability is a form of verbal assault and harassment.

3) The gaming community can take a stand on this form of abuse.

4) Those who cause harm to others are accountable.

6) Gamers will not stay silent when observing abuse against fellow gamers.

It’s the kind of philosophy that deserves to be aired, because it’s something that we can all do.

Created out of a mutual disgust from the treatment of female or minority gamers, this group is aiming to provide a rallying point for changing gaming culture for the better. By promoting the thoughts that accountability, player led self-modification, engaging bystanders for good and unification in demanding a set of real values into the digital world, they are challenging current habits. Like all progressionist groups, they too are meeting some stubborn opposition in the community that seem to fear change to the extent that they fear the simple goal to make gaming a more pleasant experience for everyone.

As by the Iron Ribbon website “It is not a vigilant response that just spurs the trolls to try harder. It is a simple plan to acknowledge that majority gamers do not act like that is displayed in the media, and that most gamers agree that gaming culture could be a lot better.”

It is not arguing for the policing of games, or taking away that ‘freedom of speech’ idea that so many people seem to misunderstand to be ‘freedom to infringe on other people’s rights to live free of abuse and hate’, but rather the need to remove the viciousness, nastiness and inappropriate behaviour from the games industry. Social responsibility, after all, is part of living in the world, and even with freedom of speech people still have a responsibility to act as a productive member of society. Iron Ribbon argues that it is only fair to get pulled up for friendly banter that goes over the line. It happens in the real world just like that, after all.

While it’s critical that game developers and publishers take proactive steps to foster healthy communities, and in fairness the leading publishers are doing that. From Microsoft’s reputation system to League of Legend’s highly active and responsive community team, it is not all up to gamers to create a healthy environment. But other games need to do better – Call of Duty, for instance, has a long and hard journey ahead of it to, essentially, fix the community. The developers of fighting games also need to have a good, hard thing about how to deal with some of the people they attract to their events.

Gamers currently live in a world with minimal accountability and in communities that are increasingly being recognised for the toxic influences. Whilst this remains, movements like the Iron Ribbon are worth supporting, in the hope that they can gain some momentum.

Last chance! Vote for your favourite games of the year!