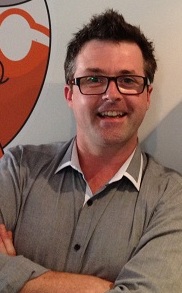 With all the discussions around hyper-violent games like the Call of Duty and Bioshock games that are out there, it’s often easy to forget there are successful developers out there making games without a drop of blood.

That’s precisely what Bubble Gum Interactive does. Originally a children’s game publisher, the company is expanding into games-for-everyone (not the technical term, but it fits). These games are still bloodless, but not juvenile.

It’s refreshing to run into a developer that isn’t interested in using bloodletting to boost sales. It’s great to see it successful as well. Bubble Gum Interactive quotes millions of users for its online game, and is growing a major presence in retailers across the planet.

We recently sat down with Bubble Gum Interactive’s CEO, Phil Mason, about this business strategy, being a developer in the tiny Sydney game developer community, and making games for the entire family to enjoy.

Digitally Downloaded (DD): What are your priorities for the next year?
Phil Mason (PM): 2013 will be an exciting year for Bubble Gum Interactive. Our Space Heroes Universe is rapidly evolving into a global kids brand franchise. The virtual world has almost two million users with kids playing in over 100 countries. Game cards are rolling out into retailers like Sainsbury’s, Big W and ASDA and we’re preparing the first official Space Heroes merchandise for later this year – books, collectibles and back to school to begin with. The cartoons are also coming along well, with Episode 2 almost complete, and three more slated for later in the year.

Beyond Space Heroes, we’re extending with new games for new audiences. Our first mobile game Jetpack Jinx continues to get outstanding reviews and is in line for a lot of exciting updates throughout the year. We’re also preparing to launch a series of new games based on original IP. And while being family friendly, they are aimed at an older audience, with broad appeal from 15 to 50 years. It’s going to be a lot of fun!

DD: What inspired you to set up Bubble Gum Interactive?
PM: I’m inspired by great stories, and have always had a creative focus. I originally dreamt up the idea for Space Heroes as a comic book or graphic novel, nearly fifteen years ago now. Unfortunately I never got round to creating this – but about five years ago I began to re-imagine the tale being told in a new way. With kids increasingly consuming content across different platforms, I saw an opportunity to tell the story via a game. I spoke about this with good friends in the industry and collectively we decided to give it a go, and whammo almost three years later it seems to have worked out. I’m incredibly proud of what we have achieved to date… go team! 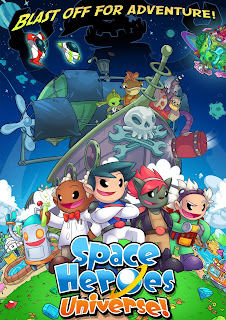 DD: Some of Bubble Gum’s games are designed for children. How does this focus change your approach to game development?
PM: Whatever your audience is, it’s important to make sure to design the game based around their interests, habits and abilities. With Space Heroes Universe being a game designed for kids aged 6 – 12 and the fact that it’s available in 15 languages means a huge addressable audience around the world. We use behavioural concepts in designing our games, trying to blend intuition and gut feel with analytics and data from across our player base. We’ve continually refined and honed the game adding new features along the way. We’ve identified player roles, from adventure seeking explorers, to pet-loving nurturers and chatty socialites.

Understanding the way that kids play in the game, and bearing in mind their cognitive and physical skills, has helped us make sure that the game plays right. Players naturally gravitate to aspects of the game that appeal to them and we use prompts, tutorials and in-game messaging to help introduce new players to the fun of the game. We also make sure to provide information for parents too as they’re equally important and have their own requirements. Importantly we also have a core mantra, a DNA we stick to for kids game design, which means it should be fun for all, and there are no losers… and even though there are a lot of social competitive elements, everyone’s a winner in Space Heroes Universe.

DD: Many children’s games focus more on an educational focus than providing interesting game mechanics to the players. How important is it to achieve a balance between the two focuses, and how do you approach the challenge?
PM: Making a successful game requires a degree of focus – it can be tempting to try to be all things to all people but what can end up happening with that approach is a real mish-mash of a game that doesn’t please anyone. Space Heroes Universe is primarily an entertainment experience – a game full of fun, adventure and intergalactic stories. It’s not positioned as an educational game, but that said, it has received great praise from parents and teachers alike. Because it’s a multiplayer game, there is socialisation and kids can learn skills in this safe virtual playground just like they do in a real-world playground. They can team up and work together to explore or solve complex quests; they can organise role-play activities and in-game parties; they can also learn more about friendships as they play together. We’ve worked closely with educators on some of the design aspects and there are a bunch of storified educational elements in Space Heroes Universe! like gravity, astronomy, basic science, animal behaviour, crafts and activities and other stuff… but we don’t make a lot of noise about these and we see them more as a guided learning opportunity for parents and teachers if they want to explore deeper with their kids using additional resources.

DD: Further to that, how your target demographic adjust your monetisation strategy, when premium priced games and microtransactions might be challenging?
PM: This is a very important point – our first game for mobile, Jetpack Jinx is a title for gamers of all ages. That said, the character, Jinx is one of the characters from the Space Heroes Universe story setting. We’re very focused on creating family friendly gaming experiences (Space Heroes has won more independent parenting awards than any other kids virtual world) and we take this same duty-of-care to the mobile game. We built an industry-first in-app parent tool that lets a parent set a numeric PIN to restrict all in-app purchases (IAP). This gives parents an extra level of control above the mobile platform passwords. This has been well received, in-fact, Jetpack Jinx was awarded a Famigo APProved Seal immediately on launch.

DD: You’ve got a virtual world framework that you are licensing to third parties. What opportunities do you see in that, and how has the uptake been so far?
PM: We made the decision to open up our framework because we’d begun to receive so many enquiries about partnering with us that we thought we should formalise that and add some structure. The framework was always built with scalability in mind and combines various tools and technologies that can enable an entire virtual world to be built and rolled rapidly and seamlessly. We’d like to apply this, along with our experience in building multiple virtual worlds over the past ten years to select brand owners who have great stories and characters that would like to enter the digital space. We’re currently talking to a small number of brand owners and content producers about ways we could work together, and planning to extend the framework into mobile.

DD: You’re based in Sydney – a city with a relatively small game development community. How does that affect your ability to build projects and recruit talent?
PM: It’s true that historically Sydney wasn’t prominent in the Australian game development scene, but I feel that has been gradually changing over the past five years. There are some good educational institutions such as QANTM that are producing great graduates in game design and development and there is a vibrant and engaged community, driven by the great efforts of groups such as the IGDA. We recruit very specialised team members, ranging from developers to producers, artists and operational folks. The one challenging part has been artists – we’ve actually got a satellite studio in Brisbane where our creative director and majority of our art team are based. Recently we’ve had some interns come into the studio, and I must say I’m super impressed with how talented they are, so I feel overall the talent gap is getting smaller, but perhaps companies need to look to grass roots and recruit new graduates.

DD: What has been behind the decision to broaden beyond children’s games?
Pm: Bubble Gum Interactive is all about creating new IP and then developing games and entertainment around this. Space Heroes Universe is rapidly growing into a brand franchise with cartoons out already and merchandise launching later this year. We’re now excited to be creating new IP and new stories. The story drives us. Once we find a story that we think is fun, compelling and exciting, we then look at whether we can develop a compelling game around it for an audience. Some of our newer ideas are designed for older players – we’d see them as titles for ‘gamers of all ages’.

DD: What opportunities do you see for Bubble Gum in the longer term?
PM: We’ll continue to develop great new IP and we’ll tell these stories across new games, interactive experiences and animated cartoons. We’re very much platform agnostic and we keep our eyes ahead so we’ll build these products out on whatever platforms are most relevant for the audience including for example ipTV and Occulus Rift (the dev kit for which we just ordered for the game R&D team!)

DD: Finally, what games are you playing at the moment?
PM: With a pretty busy schedule, I’ve not had as much time as I used to for playing the story-driven RPG’s and adventure games I like, but I’ve found myself enjoying many more titles than I did before thanks to my trusty HTC One mobile. I’ve also got a 7 inch Nexus tablet that is a perfect form factor for gaming – I can dip in for a few minutes of a casual arcade game, or invest more time in a mind-boggling puzzler or even adventure games. Some of my favorites at the moment are Braveheart, Rayman Jungle Run, and Ski Safari.