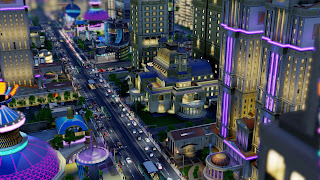 Editor’s note: For reasons that the entire games industry is aware of, SimCity has had a controversial and very poorly executed launch. While we understand the frustration behind that launch and certainly agree that it was unacceptable on EA’s part, we also believe that as people might be reading this review a year or two down the track, our review should reflect the game in its playable form.

And so we have held off publishing a review until the worst of the server errors have been smoothed over. Enjoy!

SimCity feels to me like a remake of a classic movie. It was a great game for its time but it has aged badly, all it really needs is a bit of an update. Movies don’t always get it right though do they? Indiana Jones and the Crystal Skull anyone? Fortunately this reboot comes up trumps in this regard. Beautiful graphics coupled with multiplayer and achievements which are the mark of the day now make this a brilliant re-imagining of the original title. 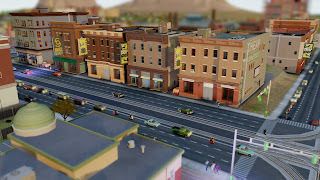 SimCity is one of those games that seems to illicit a very similar reaction from anyone that has been playing computer games since the early nineties. “Ohhh yeah, I used to love that game!” has been the most common reaction I have encountered. It follows in a similar vein to games such as Where in the World is Carmen Sandiego and Civilization that my generation grew up on.

The franchise has since diversified itself with the popular Sims titles instead of staying with just the flagship series, unlike games like Civilization and, so returning to the original format feels like a return home.

But home has been changed. It now has gorgeous graphics, sweeping adjustable camera options to better survey your city or cities. That’s right, you can create entire regions of cities and share resources, utilities, populace, information and education. Gone are the days of needing to have everything in just the one city. Don’t have a fire station? Why not just pay your neighbours so that theirs can service your city too? What if you have set up your city to be a hub of industry and now need more skilled workers? How about sending them to the university the next city over? 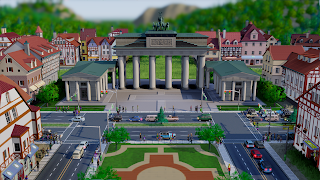 You have the ability to specialise your city to make it a gambling capital or a mining hub amongst other options. All of this of course doesn’t come without its drawbacks, Mining obviously can only last as long as the resources and Gambling attracts crime to the city meaning its residents will not want to live there.

All of this leads to a thoroughly entertaining single player experience but it is unfortunately not the whole game that lives up to this experience. Whilst I can see what they have tried to do with the introduction of multiplayer they have let themselves down at the first hurdle. Accessing an already active multiplayer game could not be more convoluted. All the game provides you with on the multiplayer menu is a group of icons with different titles. Rather than offering any useful information on say how many available spots there are or even allowing you to sort by which areas are full and which aren’t you are left having to manually sift through to find one that is free. If by some miracle you can find a game with available slots you are doing better than me. I gave up after the third search page of games to join. The only ones I found without a player already designated to them had been abandoned and as such are only available to be reclaimed by the original owner.

Don’t get me wrong, I love the ideas they had for multiplayer. The whole trading resources thing: great, the achievements: awesome, the collaborative Great Works: brilliant. The lack of a useful format for the multiplayer menu just left a sour taste in my mouth. If you enjoy micro-management and simulation games then this game will have you in heaven. Just don’t go in expecting the multiplayer to be a smooth and seamless contribution to the game.

Dragon’s Crown’s release in the US will be…