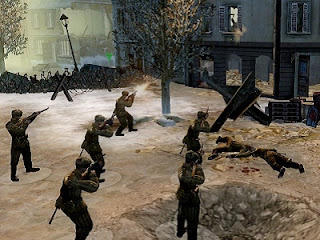 Only three things are certain in this life: death, taxes, and the release of a new Men of War every few months or so. Condemned Heroes is the fifth title in the series and, if you’ve played any of the earlier games, you’ll know exactly what to expect. Interesting, Russian-influenced scenarios? Check. Massive, chaotic battlefields? Present and correct. Punishing difficulty tempered with moments of brilliance? Sir, yes sir.

It’s a winning formula, but one that the game doesn’t always get right. Take the setting, for example. In 1942, Stalin enacted his infamous ‘not a step back’ decree, criminalising Russian soldiers who retreated, deserted, or hampered the advance in any way whatsoever. These prisoners were placed into poorly-equipped penal companies and tasked with the hardest, bloodiest tasks of the war. Condemned Heroes tells their story. Except that it doesn’t, not really. With such rich subject matter, there should be scope to explore the heroism, pathos and tragedy of these reluctant heroes. Instead, the game presents a few text boxes outlining the history of the penal companies, and four campaigns in which fierce fighting is underscored by some jaunty music and narration. This combination of high concept and mixed execution is a pattern that’s repeated throughout the game. Just like previous titles in the series, Condemned Heroes hits the heights and flirts with the depths, often at the very same time. 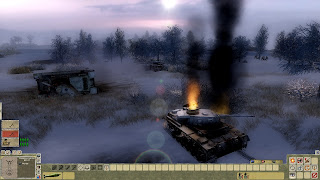 Luckily, the core gameplay is as entertaining as ever. If you’re a Men of War newbie, think of it as Company of Heroes with added micromanagement. In typical RTS style, you’re placed in command of a few squads of soldiers, and it’s usually their job to break through enemy defences and clear an enemy stronghold or two. The action takes place on zoomable, isometric maps that are rich with detail and crawling with well-equipped German troops. Your men are fragile and poorly armed, so it’s essential to plan ahead and scavenge discarded equipment to use against the enemy. Pretty soon things turn into a kind of puzzle game where you’re constantly experimenting with ways to neutralise the latest obstacle in your way. And there are some really big explosions. 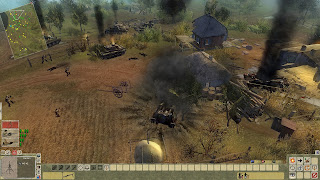 Sounds great, doesn’t it? It is, mainly. However, your troops often act as the advance guard for a much larger Russian force, and it’s here that the mixed execution rears its ugly head once more. There may be a hundred troops backing you up, but they’re fond of hanging back and letting you do all the work. It’s only when you trigger some unspoken game condition, such as clearing an enemy trench, that they suddenly perk up and start advancing again. It’s slightly unbelievable, and it makes missions drag on for longer than they should. Added to this is some uncharacteristically weak AI. The series is famed for the realistic way in which way individual soldiers behave, but Condemned Heroes features so many units and so much mayhem that the cracks soon begin to show. Similarly, some of the larger battles are taxing enough to make even the most capable PC wheeze and chug after a while. 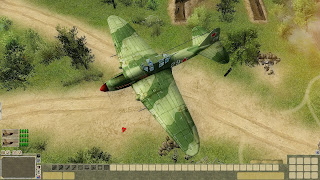 Overall, though, I had fun with Condemned Heroes. The relentless challenge frequently led to tooth-grinding frustration, but something kept drawing me back. There are times when everything comes together, such as when you steal a Tiger tank and use it to decimate the enemy, or when you land a direct mortar hit on a machine-gun nest. These moments are rare, but they’re worth the patience and effort. If you’re not known for either quality then you might want to stay away. However, if this sounds like fun to you, there’s more than enough content here to keep you satisfied until Men of War 6 arrives. You probably won’t have to wait for long.