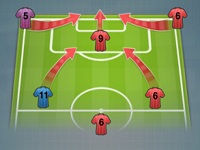 Football Director has plenty of history behind it. First appearing on the ZX Spectrum, this management simulator has been around for a long while and has now resurfaced on the iOS, based upon the current 2011/2012 season. Coming up against a fair bit of competition from games such as the Football Manager series, it comes out as a surprisingly strong contender.

The game only features one main mode of gameplay, the main season. You can choose 15 international leagues, four English and two of each of the Scottish, French, Italian, German, Dutch and Spanish leagues and features each country’s respective cup competitions. That means it’s not as diverse as some of its competitors but the greater focus on these countries chosen is certainly welcome. 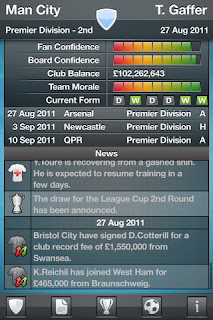 Upon choosing your team, your role as manager is primarily to control the team, utilizing all behind the scenes aspects involved of running a club, such as player transfers, choice of tactics, you can even choose your assistant manager, physio and head coach. You even gives you the ability to rename the club and players, giving you a greater level of customization.

Unlike rival Football Manager, the Assistant Manager doesn’t help you when you are looking to buy players, which isn’t so much annoying as it is unhelpful. There’s also an issue when it comes to making offers for players, as you have to scroll a bar across the screen to choose what price you’re offering, which makes it difficult to be precise when trying to buy a player.

You don’t directly interact in matches like you do in FIFA titles, all you can do is watch and hope you’ve done a good enough job for the team to succeed on match day. When it comes to playing a match, you’re given the choice of viewing it in full at five different speeds or directly skipping to the end (Also available even in the middle of a match). It’s hard not to get stuck into the title, which proves to be an addictive little gem but once you’ve gone through a couple of seasons, there’s not a whole lot else to do. 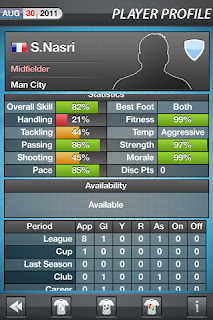 The interface is fairly simple for the game. The menu goes along the bottom of the screen and remains fixed there, split into categories such as league and team information, moving on to the next match, the more behind the scenes aspect of the club, alongside an information icon to guide you along the way. It might not sound like much but it’s actually one of the game’s strongest points, making it very simple to navigate and are also fairly compact, never feeling too overcrowded.

Graphically, the game places more emphasis on the visuals than other titles such as Football Manager but this is by no means a bad thing since they’re vivid, nicely designed and rather colourful. There’s no soundtrack here but sound effects are included during the matches, which get the job done.

Overall, while it may contain a couple of minor issues, Football Director has come a long way from its days on the ZX Spectrum and proves to be one of the strongest Football management games so far on the iOS. And as an added bonus, in September the game will update to the 2012/2013 edition for free, which financially makes this even more appealing than its competitors, which would ask you to buy a whole new version of the game. For fans of the genre, it’s highly recommended.