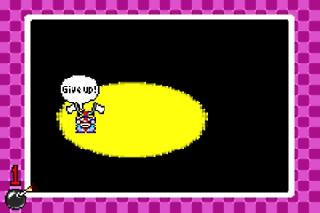 Do you enjoy crazy, fast-paced games that include jumping over potato cars, dodging dynamite on a vespa and escaping from a glass prison all in just five seconds? WarioWare, Inc.: Mega Microgame$! encompasses all of this craziness and produces an incredibly fun game.

WarioWare focuses around the completion of ‘microgames’, which are five second games that require simple actions. The only input is through the use of the D-pad and the A button, and yet somehow there is a large diversity of games.

There isn’t much of a story behind WarioWare. Wario sees a large sum of money in the career of video game development. Yet he struggles to make his own and calls upon his friends (none of which are from the Mushroom Kingdom which is refreshing) to assist in the development of the games under the company WarioWare Inc.

Each character has various games attributed to a theme. Jimmy T’s games are focused around sports while Kat and Ana have their games focused on nature. In each set you are given four lives and every time you fail at a microgame you lose a life. Fail four times and it’s game over. As you progress through the character’s set of microgames they will speed up, forcing you to act fast on your feet. The details on how to complete the microgames are quite general, and most of the fun arises from understanding what your goal is and the reaction to completing it. 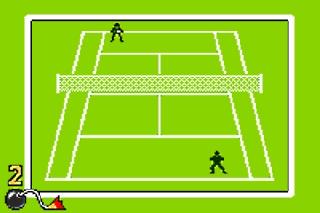 After a certain number of microgames have been played, you will be presented with a longer and challenging boss microgame. These bosses slow down the pace and give you some breathing room in-between the fast-paced craziness that you were experiencing before. Upon completing the boss microgame, you can move onto the next character set.

Upon completion of everyones set, you can return to unlock the 200+ microgames the game has to offer. You will not unlock all of the games on a single run through, and the interesting yet simplistic gameplay will keep you entertained for hours. When you complete sets, you can unlock mini-games, some of which are playable with two players (all of which can be played via one console, so they override the “no multiplayer” rule of ambassador games). They aren’t as enjoyable as the microgames, as they only focus around a very simple objective and are a bit simplistic for sustained play, but are still fun for a little while.

Visually, the game is very simplistic yet still very charming. The graphics are pixelated and not as defined as the menus but it doesn’t present a problem. The game works and is very enjoyable.

I had so much fun playing this installment of the WarioWare series and if you enjoy this I encourage you to pick up some of the latter titles. There wasn’t a moment when I felt bored at all, and for a game that was released eight years ago, it holds up splendidly.