I have to give full credit to the small indie team behind Legendary Outlaw – it takes a healthy dose of commitment to attempt to develop a FPS when doing so is going to stack you up against massive competition – and people are going to compare you to the heavyweights of the genre.

Legendary Outlaw isn’t even close to the quality of the bigwigs, and yet it impressed me. For its brash impetuousness, for its willingness to try something different in a downright stale setting, my hat is right off to the developers. 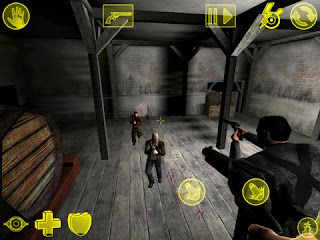 Make no mistake though, this is a deeply flawed game. They’ve managed to squeeze more bugs in Legendary Outlaw than even Bethesda’s games. You’ll be quickly thankful for auto aim, because it’s all but impossible to line up a proper shot; the camera is too jerky for that. The presentation is substandard with poor volume controls, and the environments are barren.

And yet, despite being a poor FPS, there is that soul I mentioned earlier. The development team really has tried to break away from the conventions that hamstring the modern FPS. The game plays out more like a Doom-style corridor shooter than a Call of Duty-style on-rails shooting gallery. The western theme allows for the kind of low power shootouts that a Halo would tire of within a few minutes. The perks and experience system, as well as dual wielding guns, is a genuine attempt to keep the experienced varied.

And crucially, there’s an earnest attempt here to make the single player campaign the focus. Indeed; there is no multiplayer. It might not be the longest story or the most interesting, but Legendary Hero’s story is B-grade fun nonetheless. 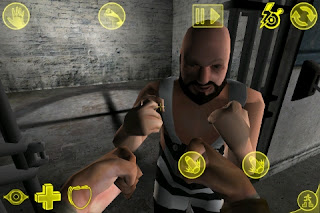 It starts with the hero locked in a prison cell. The first order is to kill your cellmate with your fists, and when the guard unlocks the door to investigate, off you go. Sound a little like classic FPS Wolfenstein 3D? It does indeed. There’s markers to point you in the direction of the next objective, but for the most part it’s pretty self explanatory. You’ll end up carrying a bunch of weapons, old-school style, and picking up health packs lying about the floor.

Movement around the place is smooth enough, though there’s very little scenery in the corridors or boxy rooms to navigate through. Aiming, as mentioned before, is a nightmare. You just jerk the screen around and fire, hoping for the best.

Thanks to the other bugs (some of which are indeed game breaking), you’ll want to save at the start of every level, though the fact there are no in-level checkpoints can mean those bugs are even more frustrating than they should be. Thankfully levels are fairly short, so it’s not too onerous when a bug forces a restart.

There’s hope for Legendary Hero. It’s not a great game yet, but that’s more for the technical faults than anything else. With some updates down the track, this could easily be a breezily entertaining old school shooter.