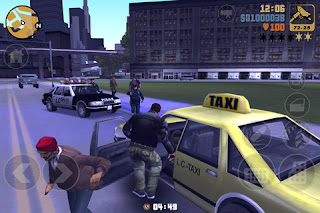 Not long ago I found myself glued to my iPad playing through a rather great port of a PS2 game, the Bard’s Tale.

Now, thanks to Rockstar Games, I’m rapidly draining my battery all over again with yet another PS2-era port. Grand Theft Auto 3 has hit its 10 year anniversary, and in celebration, the game is now playable on the iOS and Android devices out there.

The first thing you’ll notice when kicking the game off is how far the series has come, however. It’s not so much the visuals (though they are primitive, to be sure); it’s that in the past ten years Rockstar has learned how to populate a city-sized landscape with things to do. GTA 3’s Liberty City has people wandering around and cars on the road, but other than starting a killing rampage, and stealing some cars, there isn’t a whole lot to do aside from the missions.

The missions themselves as well as the story also show that Rockstar was only just starting to get a hang of how to do this stuff with GTA 3. The missions are introduced with the briefest of cut scenes, there’s very little character development and the series’ trademark humour misfires too often. Unlike The Bard’s Tale, this is a game that hasn’t aged too well. 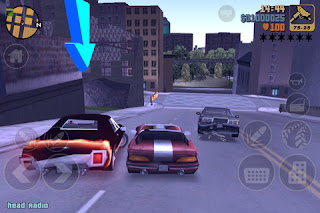 It’s still immensely playable, and a whole lot of fun, though. Flying around the city mowing down rivals and dodging police is a formula that will never get boring. The iPad control scheme works incredibly well for a game that was never meant to be played on a touch screen. Though it’s a little more twitchy in execution than, say, Bard’s Tale, this game is also far more intensive in terms of control input. That you won’t fail missions because of the virtual controls is impressive enough, even if it isn’t an ideal setup.

With a massive range of missions, and the occasional side-diversion, there’s a lot of raw content in here. And of course, the occasional rampage, taxi heist or ambulance minigame just for the heck of it.

Most of us have fond memories of this game. It was an absolute revolution back when it was originally released 10 years ago. Indeed, it’s arguably the game that popularised the open-world genre. And as such, it’s a worthwhile game to experience again, for both newcomers and nostalgia purposes. Just go in being aware that this is a genre that has developed a long way in the years since.

The 24 Games of Christmas! Day #22: Serious Sam: The Random Encounter